A bitter-sweet night for boxing – and me

You could have knocked me down with a featherweight when I was called to the stage on Friday night to receive, along with journalistic colleagues Colin Hart of the Sun and the Daily Mail’s Jeff Powell, the prestigious Sir Henry Cooper Award for services to boxing. 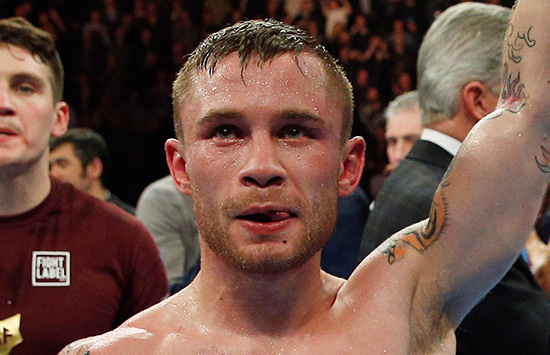 The accolade came at the annual awards dinner of the British Boxing Board of Control at which Carl Frampton was named as Fighter if the Year.

We were described as the doyens of boxing writing. More like the Sunshine Boys, I suppose, all of us having covered the sport around the world, for over half a century apiece.

It was an honour and privilege to receive the congratulations from former world champions John Conteh and Ricky Hatton and to share this award on what was a bitter-sweet night for boxing, and me personally.

For earlier we had stood in silence in memory of the former boxer and referee Roy Francis who had died suddenly that morning.

Francis happened to be the first boxer I wrote about as a cub reporter on a local newspaper in south London. He was a leading amateur for Wandsworth ABC and I covered many of his bouts, especially those with Earlsfield rival Ron Garnett, which always drew packed crowds at Wandsworth Town Hall.

After a brief pro career he went on to become one of Britain’s finest and fairest Star Class referees, a no-nonsense official in the Harry Gibbs mould. He was also a sound ringside judge.

As Frank Warren said in his tribute here, Roy was a boxing man through and through, but above all that a thoroughly nice man, who was always great company.

On a happier note there was a well-deserved Special Recognition award for another middleweight, the great Terry Downes, who at 80 is Britain’s oldest surviving world champion.

Some personal nostalgia here, too, for Terry’s winning fight with the Boston fireman Paul Pender in 1961 was the first world championship I covered. And the return in Boston was my first visit to the United States.

These days the once ‘Crashing, Bashing, Dashing’ Paddington Express as he was known remains in fine voice, if not as mobile as he once was.

He was one of British boxing’s greatest characters and, like Colin, Jeff and myself, a relic of the days when newspapers had full-time boxing correspondents.

Alas, not any more, even though the sport is riding higher than ever.

I recall being in the dressing room at Shoreditch Town Hall when Terry, in only his third pro bout, provided us with memorable quote after losing to another future world champion, Dick Tiger. Downes had been told it would be an easy touch against the then unknown Liverpool-based Nigerian.

As we scribes gathered around Downes, who had been given a bit of a going-over, someone asked who he would like to fight next.

”The fucker who made that match,” growled Terry.

Congratulations to Liam Williams, named as the year’s Best Young Boxer by the Boxing Writers’ Club. 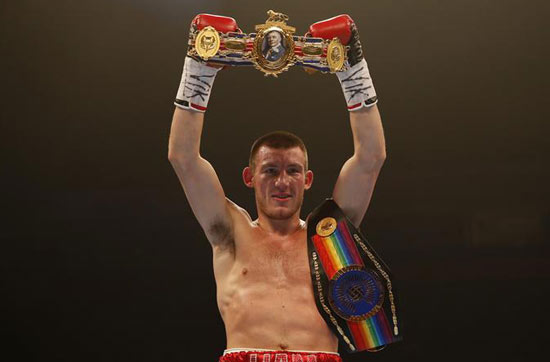 The 24-year-old Welshman, undefeated in 16 bouts, who defends his British and Commonwealth titles against Ahmed Patterson at Cardiff’s Motorpoint Arena in October 22nd, is a worthy winner.

But we Club members who voted for him will be crossing our fingers that he fares rather better than our last two selections.

Williams will be presented with his award at the Club’s annual dinner at the Savoy Hotel on October 10 where new mayor of London Sadiq Khan, a great boxing enthusiast will be principal speaker.

Maerdy middleweight Alex Hughes operates under the catchy ring moniker of ‘Bad News’ when going about his boxing business.

However, his stablemates at Gary Lockett’s gym in Cardiff know the 22-year-old by an altogether less flattering nickname. The unbeaten Hughes is known as ‘Spewsy’, which has nothing to with him bringing up his breakfast after giving it his all in gut-wrenching training sessions. 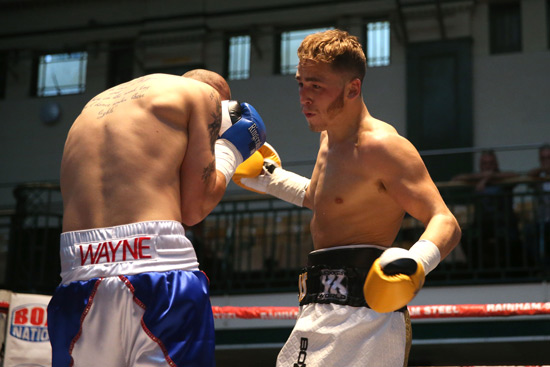 No, the 8-0 man got a bit queasy on the Champers following a successful sojourn to Moscow when he was on the undercard of Enzo Maccarinelli toppling the great Roy Jones jnr in December of last year.

The travelling party took to the fizzy stuff ahead of their airport transfer, but Hughes charged his glass a few times too many and a putrid stench ended up following the group home.

“It was after my fight in Russia that was,” said Hughes, taking up the tale. “We went back to the hotel and started having a celebratory drink and I just went a bit too far on the champagne!

“When we got in the taxi I was half asleep and then it just came out everywhere and I ruined it – the taxi, everyone’s clothes.

“They all wanted to kill me on the way home from Moscow!

“We were going through the airport and there were people walking past saying ‘what is that smell?’. Gary had a pair of scissors in his bag that needed to be taken out at security, but when they opened it up and smelt the contents they thought better of it and let him off.”

So a chunder-ful time was had by all!

It felt like my body was imploding…blood was coming out everywhere. I remember having a conversation with death and wondered whether I was going to live or not.

BoxNation presenter Charlie Webster recalls her life-threatening ordeal in a Rio hospital when stricken with a rare form of malaria.