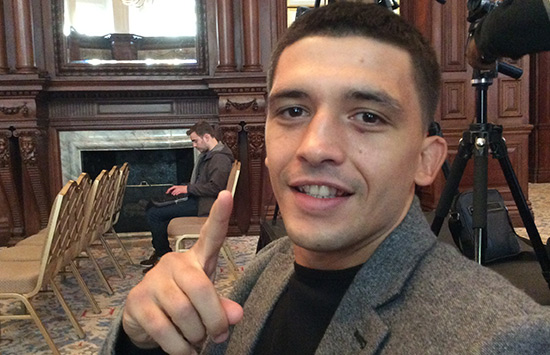 FORGET ALL THE talk about super sixes or super eights, for Lee Selby, his plans for next year involve proving who exactly is top dog in the top three.

After jumping aboard Frank Warren’s BT Sport and BoxNation bandwagon, the Welsh world champion already has a long-running feud to settle with Josh Warrington around April time – assuming he negotiates the defence of his title scheduled for December 9 at the Copper Box – before another new stablemate would then become top of his wish list.

Selby has been stifled so far in his burning desire to be part of marquee fights but now, providing he doesn’t encounter any mishaps in his London voluntary, they will be laid out for him on a plate.

“That’s it, we can have a little round-robin between Warrington, Frampton and I – why not?” questioned the 30-year-old who has made four defences of the IBF title he won against Evgeny Gradovich in May 2015. “Then bring in all the other featherweights because we’ve got the best ones in the world in our country.

“There are big fights to be made now. If I come through this fight on December 9 I will be on to my mandatory in Josh Warrington, which is a high profile fight and a big one in the UK.

“Frank Warren has signed Carl Frampton so that is a fight we can also get on. Everything is there for me now,” added the 25-1 man, whose single setback came in a four-rounder in his fifth fight back in 2009.

Next up though is a sharpening of his finely tuned tools at the Copper Box in conjunction with fellow IBF world champion James DeGale.

“That is what it is, another fight before the end of the year that I will hopefully come through with a big win. I don’t want a pushover, I want a decent opponent to get me ready for the big fights next year.

“I think it will be one of the best shows put on in a long time, with two world champions in myself and James, who are pound-for-pound the best boxers in the UK – the most skilful boxers – and then you’ve got the two best prospects in the UK and probably the two biggest punchers in Anthony Yarde and Daniel Dubois.

“So you’ve got the big punchers and the slick boxers!”

Which should make for a potent fistic cocktail.

THE WATCHING OF heavyweight boxing is sometimes a curious contradiction.

There is the buzz and sizzle in the atmosphere as we avoid blinking so as not to miss the detonation of a big bomb. We gasp as we witness the unleashing of the backhand that sends the senses of the recipient into orbit. Then we fall silent in concern for the stricken victim and question whether he should have still been there to absorb such a lights out moment in the first place.

This was certainly the case in Daniel Dubois‘ last fight at the Copper Box in October, when AJ Carter was allowed to take two counts before being brutally poleaxed by the 20-year-old force of nature.

Carter was out sparko, requiring the immediate and lengthy attention of the ringside medics. Dubois, meanwhile, remained composed and reserved any jubilation for later.

He knew the drill because it was not the first time he had inflicted such a devastating finish on an opponent.

“Last time I did something like that the guy sort of had a seizure on the ground,” recalled Dubois on an amateur encounter. “He was just out this time, although his leg was shaking a bit. 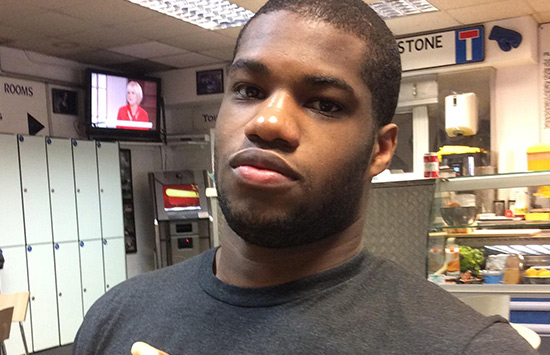 “I just have to stay calm and don’t be surprised that this happens because it is a fight and I train very hard. It is part of the game.

“I felt the energy of the crowd and fed off of that. It made me perform better, as well as all the hard work before that.

“It accumulated towards that moment – and it’s only a moment because when it’s gone, it’s gone and we move on.

“I went for it , no wasting time and, as I said, it is only for that moment. It is about capitalising on it and, if he isn’t going to, I’m going to take advantage. Kill or be killed, that is my mentality.

“Be first with everything, especially in fights.”

Dubois’ next opportunity to be first to the punch comes on December 9 back at the Copper Box when the Welshman Dorian Darch will emerge from the opposite corner.

The atmospheric venue on the Olympic Park is fast becoming his home patch and the London crowds have quickly warmed to the big heavyweight hope.

“I’m excited, it looks like it is going to become home to me because it is in London and I am a London fighter. The crowds come and they know I am a London kid, so they get behind me and enjoy it.

“I anticipate more the same on December 9 and, even though I only started in April, it does feel a lot longer.

“I will get this next one done and then move on to bigger and better things.” 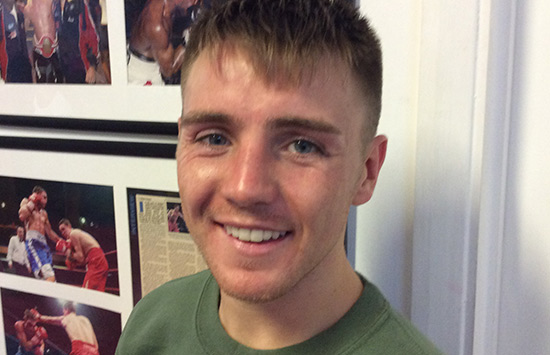 JAY HARRIS KNOWS from painful experience that he will have to suffer gastronomic torture before his challenge for the British super flyweight belt on November 13 against Matthew Chanda.

The reason being, his tilt for the title comes on Frank Warren’s charity dinner show in the salubrious surroundings of the swanky Hilton Hotel on Park Lane, Mayfair.

While the boxers carry out final preparations and get their hands wrapped, the diners are in the adjacent hall tucking into a five star feast, which isn’t great when you have been dieting down to 8st 3lbs.

“I boxed two years ago on the same show and I think they gave us dinner afterwards as well,” he reflected on the consolation at the time. “The smell before gets you and you sit there just thinking about food.”

At least, with fighting at super fly, the Commonwealth flyweight champion has an extra three pounds to play with this time around and is relishing the opportunity.

“It is amazing, I had a phone call the other week and Gary (manager, Lockett) said ‘I have a proposition for you’. He said that Charlie Edwards is vacating his super flyweight title and did I fancy fighting Matthew Chanda for it?

“Super fly is a great weight for me I think. Any British person wants to have a go for the British title, don’t they? Not having to drop that extra three pounds is a real bonus because I can eat a little bit more!”

Looking at the bigger picture, success for Harris at the Hilton and there will be a queue of 8st-somethings lining up for a shot at the belt.

“All the GB boys are coming through now and there are a lot of great domestic fights to be made against the likes of Sunny Edwards, Joe Maphosa and Harvey Horn.

“I saw a bit of Sunny Edwards as an amateur and professional and he looks decent himself, good on his feet and sharp.

“A lot of domestic fights are there to be made if everyone will fight each other and I guess it is a case of money talks.”

Edwards, Maphosa and Horn are all in their early twenties and, although Harris looks like he belongs in the boxing boy band, he is not quite as young as he looks.