A FIGHT NIGHT THAT WILL BE THE TALK OF THE TOON

THE ONLY PREDICTION I can make with any real certainty about our show at the Metro Arena in Newcastle this coming Saturday is that I reckon it will be edge of the seat stuff pretty much from start to finish.

None more so than our headliner, which is the return tear-up between Liam Smith and Liam Williams, with the prize for the winner being a direct shot at the WBO world super welterweight title.

Obviously I have a strong working relationship with both fighters, so you would expect me to sit on the fence for this one, but it really is a fight that I could not confidently call either way.

And that is the way it should be.

I am looking forward to being back promoting in Newcastle for the first time since December 2009 when we took Amir Khan and Billy Joe Saunders up there – and before that the likes of Joe Calzaghe and Naseem Hamed – and I am happy this time around to give our current thriving crop of North East fighters the opportunity to perform close to home.

Wherever our main event landed it would be well received and the Newcastle fans are in for a treat. Tensions have been simmering since the first fight was curtailed due to cuts in April and hopefully we will get a conclusive finish on Saturday.

Both Liams are very up for it, they have shared a ring with each other and, from what I am getting from them, they both feel very strongly they will win.

As boxing fans, we know what we are going to get and I don’t think they know how to fight any other way. They can both stand and trade and they can both box, but I think their hearts will rule their heads again and we will end up with a genuine shootout.

One prediction I can make is that I don’t think it will go the distance.

It is so hard to call and looking back at the first fight doesn’t offer up many clues because of the way it ended. There is no way of knowing for sure what would have happened if it had gone on longer.

Would Liam Williams have got a second wind and come on strong in the closing rounds? Would Liam Smith have imposed the dominance he was beginning to establish? We just don’t know.

That is why this fight is so intriguing.

The undercard, once again, should have the fans taking their seats early and the people at home tuning in from the off on BT Sport and BoxNation.

There are some proper humdingers on there and one I am particularly looking forward to is the battle of the North East boys between Josh Leather and Glenn Foot. 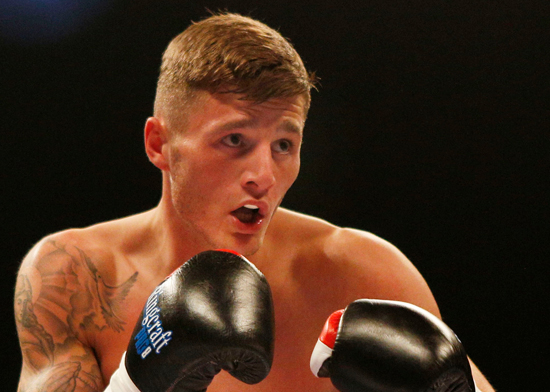 After showing us what he is made of last time out against Philip Sutcliffe Jr, Josh is entering into another fight where there will be absolutely no ground given.

I am a big believer in Josh and it says a lot about him that he wants to test himself against opponents with much greater experience than himself.

Keeping up the local flavour will be Tommy Ward from County Durham making his first defence of his British title against Birmingham’s Sean Davis.

After getting the better of Jazza Dickens in Leeds in May, Tommy again takes on a 50-50 fight against an opponent who only has one blot on his card.

Someone’s unblemished record will have to go when Sedgefield’s Jeff Saunders goes in with Liverpool’s Steven Lewis, with the talented pair being 25-0 between them.

Jeff and Steven have long been highly regarded as prospects, but now they are stepping up and seeking to put themselves right at the forefront, as well as in title contention.

Then we have a tasty looking heavyweight clash for the vacant WBC Silver title between two of the brightest young talents in Europe.

Along with the belt, a world ranking is also in the pipeline for the winner out of Nathan Gorman and Mohamed Soltby, which will provide a passport to bigger things in the near future.

Neither of them had any hesitation over signing up for such a tough examination at this stage in their careers and, again, the winners will be the fans.

Another young fighter on the brink of big things is Mark Heffron, who steps up to take on Lewis Taylor over eight rounds. Taylor is as tough as old boots and will give anyone a hard night, but Mark has really found his feet now and is a quality fighter, no doubt about that.

Winning this fight will get him moving and set up a big 2018 for him.

The young local talent on display on Saturday includes Joe Maphosa, Kalam Leather and Troy Williamson, as well as a debut for Michael Watson.

So we have what should be an enthralling top of the bills and an undercard packed with top fights. I am certain nobody will feel short-changed come the end of the night and everybody will just be looking forward to the next one.

BoxNation is on air from Newcastle from 6.55pm, with coverage on BT Sport beginning at 7.45pm