A gut feeling Fury will have the stomach for this fight

As someone who has felt the full fury of Tyson’s frequently wayward tongue – though thankfully not his fists – I have no doubt Britain’s most authentic world heavyweight champion means what he says when he maintains he will be in shape for his return engagement with Wladimir Klitschko in Manchester on 9 July. 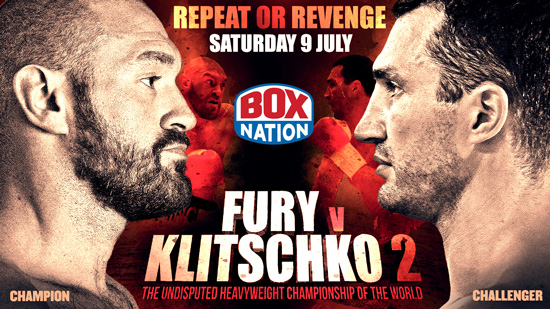 When he left Dr Steelhammer, PhD, literally gobsmacked in Dussledorf six months ago Fury’s stunning conquest was partially based on mind games; this time you might say it is body games.

The erstwhile Batman became Fatman at their recent media conference in Manchester, Fury unashamedly displayed a midriff bulge that would have delighted a Sumo wrestler.

But it was all for show, a belly laugh at Klitschko’s expense in an attempt to convince the stoic Ukrainian that Fury was not taking the return as seriously as the original.

Fury now confesses he was deliberately toying with his opponent. “I am the king of the mind games,” he says. “I know what I have to do to get into these guys’ heads, especially someone like Wladimir, who is a control freak. The best thing you can do to someone like that is be unpredictable. And that is what I have. The skeleton key.”

However Klitschko won’t be fooled – and neither should we be. As Fury’s astute trainer and uncle Peter says, he will be as fit, if not fitter, than he was in Germany and as for that blubber, well by the time Saturday July 9 comes most of it will be gone and the rest will be muscle.

Recently at his training camp in Holland Fury was at it again, trying convince us he has now become a ‘pescatarian,’ forsaking red meat and eating only fish, salad and the odd vegetable.

Well, that’s one thing he has in common with Frank Warren while the only full-blown ‘veggie’ I know in boxing is David Haye.

“It’s got to the point where, if the man next to me at the restaurant is eating a big juicy steak, I’m like: ‘Urgh, that’s disgusting,’” Fury explained. “It can’t be good for you eating a big piece of bloody meat like a steak because, unless you are rearing your own animals, it is very contaminated.”

Maybe that’s true but sometimes you wonder whether that infamous Tyson tongue is implanted firmly in his cheek, perhaps in the cause of creating controversy or selling the odd ringside ticket or subscription to his favourite TV channel, BoxNation. No harm in that.

He claims: “I’m a big believer in that you have to get unfit to get fit again. Every time I’ve stayed in shape in the gym I’ve got stale or got injuries. But when I balloon up and have three or four stone to lose my muscles are allowed to recover to be ready to go banging again.”

Klitschko, of course, would recoil in horror at such a prospect. “He stays in the gym 365 days a year, I stay in the gym in 12-week periods,” says Fury. “But I can go from an obese fat pig to a ripped Adonis in 12 weeks. It’s unnecessary to keep in shape all year round. It only helps you if you want longevity.”

In a remarkable head-to-head shown on BoxNation this week (well worth catching a repeat) Fury even bizarrely intimated that he could not care either way if he wins or loses. At one stage he even declares: ”I hope I do lose because I don’t have to fight again…if I beat him I’ll shake his hand. If I win I’ll still be as crazy as ever. I don’t know what sort of person will turn up.”

He admits that sometimes he thinks he has “a screw loose in the head.”

Well, whatever he says these days needs to be taken with a strong pinch of salt. But there are plenty who will agree with that last statement.

Fury has even mischievously hinted that Klitschko may not have been trying his best last time, thus building up interest for a return.

Really? We know that much of what comes out of Tyson’s Mancunian north-and-south is bullshine. You never know when he is serious, telling the truth or taking more pee than an Olympics drugs tester.

I don’t believe for an instant that Klitschko ‘threw’ the fight. He has far too much pride and respect for himself and the sport for that.

What Klitsckho does have to throw in Manchester is more punches – and he assures us that he will.

Fury is surely the most unpredictable and loquacious heavyweight champion since Muhammad Ali. If only he was half as savvy in the ring, and likeability outside it.

As I say I have had my differences with him over his unsavoury vocabulary in public and his archaic and offensive views; to be honest I didn’t give him much of a prayer against Klitschko whose dignity, dedication and intelligence I have long admired.

But Tyson truly came of age that night – in the ring, at least. Respect for that. Between them he and Uncle Peter had got Wladimir’s number.

One certainty is that Fury knows he has to be careful. “He did catch me with one right hand, around round seven, right on the jaw. But I looked at him and said: ‘Come on.’

It didn’t even hurt. I looked to Peter and told him I could walk through his punches. He said to me: ‘Don’t get hit by him.’ When you walk on to shots, they’re more powerful.’

“When you’re slipping, sliding and riding the shots, you don’t feel anything. Ali was a master at it, wasn’t he? You don’t take forceful shots. He caught me with a left hook and I felt that for about two weeks afterwards.”

I must say I am intrigued by this Fury-Klitschko reprise. I feel it will be an entirely different sort of scrap as this time Klitschko knows he has to go to war. Big time.

The 40-year-old Ukrainian dare not display he same timidity as he did in Dusseldorf as he is aware the outcome will be similar – or worse.

As George Warren, BoxNation’s CEO says:”This is the only heavyweight title fight out there that makes any sense.”

Which is why tickets are going so well and it is set to be a burster.

I fancy it could be one of the most absorbing and exciting of heavyweight title fights, the total antithesis to the first and one between two genuine world class combatants.

The buzz from the Klitschko camp is that he felt embarrassed and humiliated by Fury, puzzled by his own ineptitude that night and won’t allow it to happen again. It is said he is supremely relaxed and confident.

Naturally the Gypsy Giant remains defiantly unfazed. “I will beat him in every department,” he vows. ”Again.”

Maybe. But would you bet your house on it?

I expect Klitschko to be unpinning gloved grenades from early on, forcing Fury to dance to a more adventurous tune to counter them. Hopefully it won’t be a belly dance.