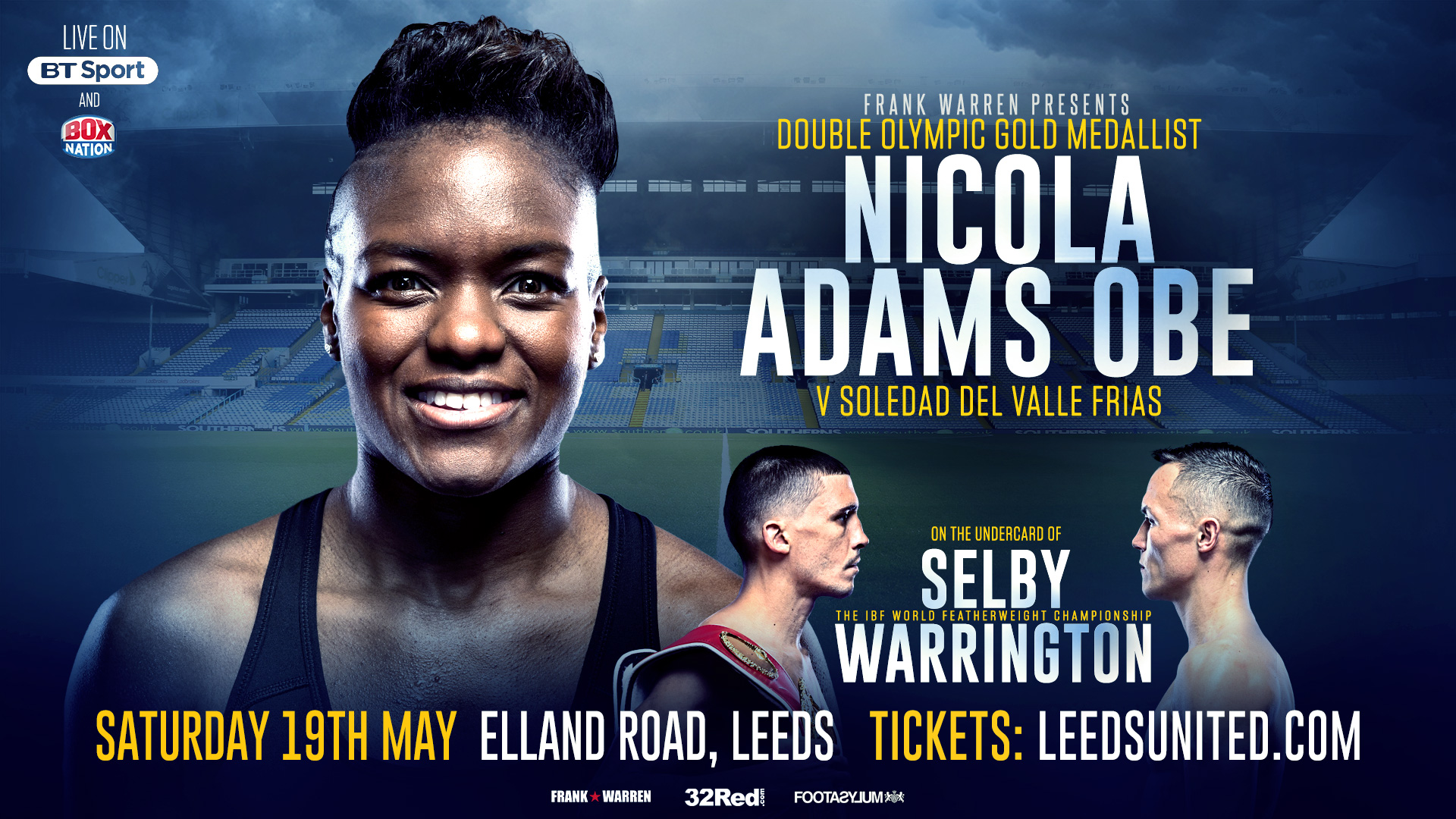 Nicola Adams OBE will face three-time World Title challenger Soledad Del Valle Frias on the undercard of the IBF Featherweight World Title showdown between Lee Selby and Josh Warrington at Elland Road on May 19, live on BT Sport and BoxNation.

British hero Adams ended 2017 in style with a third round stoppage win over Soledad Macedo as she improved her unbeaten record to 3-0 on the undercard of Billy Joe Saunders’ successful World Title defence against David Lemieux in Canada.

Frias, 34, failed in her most recent challenge for a World Title when she fought WBA Light Flyweight Champion Yesica Yolanda Bopp in her homeland of Argentina. She has also challenged for the WBO World Bantamweight title and the IBF World Flyweight title.

“This is another step up for me on my journey to a professional World Title,” said Adams. “My camp has gone perfectly and I can’t wait to fight at a football stadium for the first time in my career.

“The atmosphere is going to be incredible and I want to produce a performance that matches it. This is going to be a massive event for the city of Leeds and all of Yorkshire and I can’t wait to be part of it.”