I see that Lord Sebastian Coe, a good friend of boxing an ardent and knowledgeable fight fan who once served as Board of Control steward, is following those trendy celeb fashionistas by sprouting a small beard. 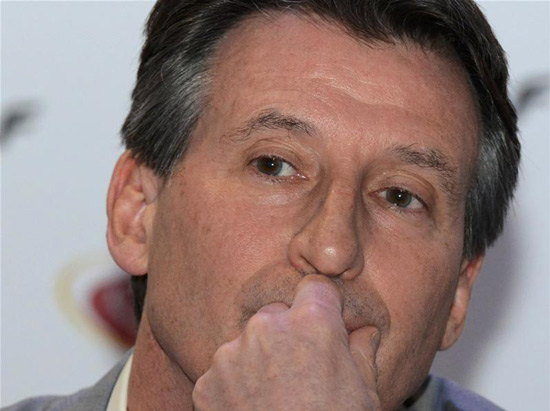 Maybe he thinks it will afford some protection as he is really taking it on the chin as the media furore grows over the corruption and drugs infestation now being revealed in athletics.

Currently the once elegantly flying feet of the golden hero of Moscow and Los Angeles, who was hailed as the greatest living British sports figure after orchestrating arguably the finest-ever Olympic Games in London just over two years ago, are now deemed to be composed of clay.

I know Seb well and while obviously as the incoming overlord world athletics he must bear some responsibility for apparently being unaware while he was an IAAF vice-president of the situation that has brought the sport to its knees. When he was a Steward of the BBBofC, he brought with him a wealth of knowledge and integrity, I do not believe he is either crooked or corruptible.

A little uncharacteristically naive perhaps for someone of his political experience, but on his record of achievement and lifelong commitment to the sport he loves surely at least he should be given an opportunity to clear up the mess; to try, in some measure, to restore its sunken credibility.

But will the media allow him to do that? It seem the knives are out.

Coe himself once said the British media was the most forensic in the world and now he has become a victim of it, experiencing at first hand just how probing, hurtful and unforgiving it can be.

Admittedly, the media did a commendable job initially exposing and hunting down the wrongdoers in both Fifa and the IAAF but once blood   has been scented the pursuit is unrelenting, often to the point of character assassination.

Coe is by no means alone. Jose Mourinho and Louis van Gaal are two high profile football figures who have felt the full force of media damnation in recent weeks, as has the new world heavyweight champion Tyson Fury.

Manchester United’s besieged boss Van Gaal has told Dutch journalists he has never experienced such unbridled hostility in all his years in football.

Like Coe, these are big enough personalities to fight their corners and hit back should they so desire.

Of course, there is skulduggery in all walks of sport these says, from cricket and cycling to racing and rugby.

But after their crusade against Fury – much of it deserved because of the stupidity of his more crass comments – it now seems some elements of the press won’t leave it alone and are now intent on ‘digging up’ his family, particularly his uncle and trainer Peter.

It is well known in boxing that Peter Fury has a past, spending some time in prison on drugs-related charges, but that was a few years back.

He has as paid his dues, as well paying back the proceeds from his illegal activities, kept his nose clean and has become a powerful influence on the success of his nephew.

He was the architect of the brilliant game plan which so confounded Wladimir Klitschko.

“The mentor behind boxer Tyson Fury’s remarkable rise to the world championship was once one of Britain’s most feared crime lords,” one of the Sunday tabs informed its readers last weekend.

It went on to detail Fury’s misdemeanours as a former ‘drugs baron.’

Peter now vehemently insists he has gone straight and that training Tyson and his own son Hughie has helped him sort out his life and given him fresh focus.

So surely it should now be left there, as should Tyson’s own verbal aberrations, for which he has apologised.

Only if there is any regression by the Furys would further media opprobrium be merited.

As I say, few sports are without sins or sinners these days, and there certainly have been numerous forensic forays by the media into boxing.

But none have been able show that there is crookedness or corruption. That’s because bent fights and the like simply do not exist.

However that’s no reason for the sport to feel smug for, as I wrote here last week, the use of so-called performance-enhancing drugs is alarmingly on the increase, and like in Coe’s athletics and a myriad of other sports, has to be stamped out.