AIN’T NO STOPPING ME NOW 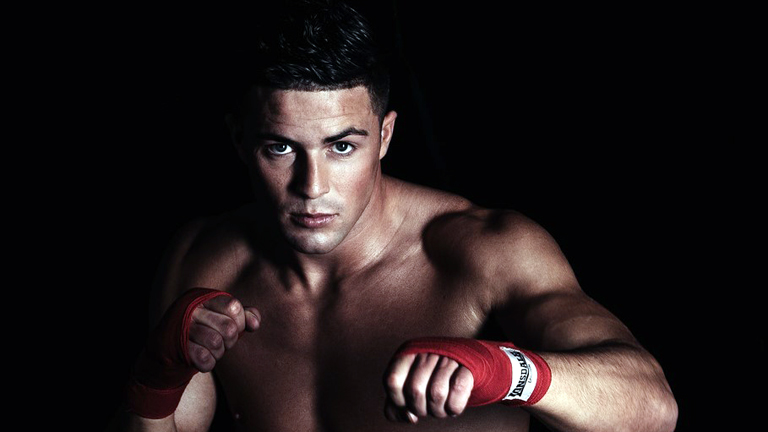 Oldham banger Mark Heffron is a man on a mission, determined to reboot a previously stop-start career that saw him fall out of love with the sport until he joined forces with Frank Warren. In Newcastle on November 11 he faces his first genuine domestic examination against Lewis Taylor and it is one he is seeking to pass with flying colours before heading into title contention…

I AM LOOKING forward to fighting Lewis Taylor and it is a bit more of a test for me because he looks to be a tough opponent who comes for a fight.

I won’t have to go looking for him, will I?

The two Taylor fights people remember from recently were against Tommy Langford – for the Commonwealth title – and Jamie Cox. He gave them both big problems and could they heck put him away – so it shows what he is made of.

I’ve not watched much of those fights, but I did watch a bit of the Jamie Cox one. I found it pretty boring actually and turned off after two rounds.

What those fights do tell me is that there is no need – or point – in going in there trying to blast him out from the first bell. I am not in no rush, if the knockout comes I will be buzzing, but I am looking to get a good eight rounds in.

I have had to be a bit more patient in my last couple of fights – a four and a six rounder – and that is what me and Ricky (Hatton) have been working on, trying to calm me down and not to go in there just looking for the knockouts.

I have been getting the rounds in and a win is always a win, but I must admit it is always nice to get the stoppage like I have done in 13 of my 17 fights so far.

This fight with Taylor is a good, solid domestic fight for me – one which will hopefully put me in the frame to challenge for titles.

I have been speaking to my manager about dropping down to middleweight and possibly getting Joe Mullender for the English title.

It is not that I have been lazy fighting at super middle, I just make it comfortably and up to now I have not really had to make a weight as such, with not fighting for titles yet.

I am flexible and can operate at either weight.

Opportunities are around the corner for me now and I am absolutely buzzing to be signed to Frank Warren. I started off with Gary Hyde and it was proper stalling my career, with us falling out over stupid things.

I just wanted to build my career in the area I am from, but I am was fighting all over the place in little halls.

Now I am on the massive shows and I have got the love back for boxing now, whereas before I wasn’t enjoying it at all.

I need to start making statements now and there is no better place to start than on the huge show in Newcastle on November 11.

It is about momentum for me now, to keep moving forward and no more backward steps.