Currying favour in India over their hottest take-away

Back from his first PR mission to India with Queensberry Promotions’ spicy new signing, Francis Warren tells us he was astonished to see just how massive a star Vijender Singh is in his homeland.

“When we woke up on our first morning in Delhi the hotel was besieged by fans. There were billboards everywhere with his face on over them. Over 150 turned up for the press conference we organised and the questions went on for two hours.

The 31-year-old Singh is a national sporting idol who brings a touch of Bollywood to boxing. Out there it is said he is as big as Beckham once was here.

But he has caused widespread consternation by abandoning plans to compete in next year’s Olympics in Rio.

Says Warren:” There is obviously an element who accuse him of self-interest but as I keep stressing he has served his country brilliantly as an amateur for 15 years, including becoming the first Indian boxer to medal at an Olympics and a world championships. He feels the time is right to move on.

“But he also has tremendous support with his decision to go pro. We emphasised to them that he is not leaving India behind. He is just taking a different direction.

He will make his debut here at Wembley on 26 September, and there is also a date lined up in Manchester where he will be based under the tuition of top trainer Lee Beard, who also made the trip to India.

Adds Warren:”We are working on a TV deal, that will see all his fights shown in India and in the wake of Vijender turning pro India has formed a professional boxing association so the plan is after six or seven bouts he will appear on a show in India in September of next year.”

The middleweight superstar is revered by a nation which has never staged professional boxing for an amateur career which has seen him medal at the Olympics (his bronze in Beijing was the first-ever for India in boxing), Commonwealth Games, Asian Games and World Championships.

However, Singh wasn’t quite on song in the London Olympics, only reaching the quarter-finals while his equally illustrious female counterpart Mary Kom, five times a world champion, took bronze after losing to Britain’s golden girl Nicola Adams in the semis.

She has called on the nation to respect his decision.

As in football, there has never been anyone of Indian descent who has made it big in the pro game. But it is hoped he will open up a whole new following from the huge Indian community in the UK.

He‘s classily charismatic, rides Harley Davidson and has never made any bones about being a self-publicist. Little surprise then that he ended up with a role in a Bollywood film, and became a judge on reality show. Observers say Vijender has the persona and fan following of a rock star.

“He caught my eye as an amateur, “says Warren, “and I always said that if he fancied turning pro we would certainly welcome him. So I was delighted to get the call from his manager Neerav Tomar, with who we are now working to promote the sport India.

“It is a little bit of history for boxing to have the first Indian-born boxer to go pro to make his career here in the UK.

“He can really fight, and he has charm and charisma, a real attitude. He believes he can be the best and is determined to be a world champion.”

Because of his Olympic exploits, Singh was given an honorary job in the police force, but he is now under pressure to relinquish this because of his pro ambitions. Seems a bit of an unfair cop. 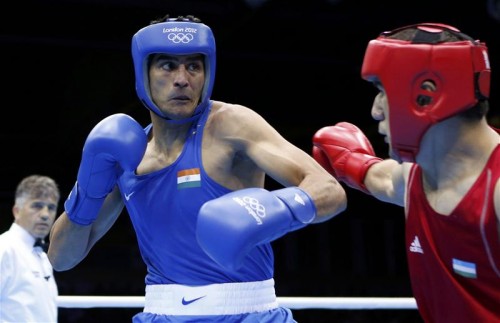 Dopey decision to keep Price in the dark?

Not that it can make a scrap of difference, but surely David Price deserves to have the result his bout with Tony Thompson stricken from the records after the ridiculously belated disclosure that the American failed a drugs test after knocking out the Liverpudlian for the second time two years ago.

Only now do we learn that Thompson, 43, who halted Price in both February and July 2013, tested positive for hydrochlorothiazide – which is classified as a diuretic and masking agent – after their July rematch in Liverpool.

Curiously Thompson gave a controversial interview shortly before the first time he defeated Price arguing that doping in sport should be legalised. Some agenda, eh?

What makes this such a daft situation is that he has fought four times since an 18-month ban imposed by the British Boxing Board of Control was never made public and was only enforceable in the UK.  And it actually expired in May.

But why was this kept under wraps? Price only learnt of it on Sunday. An insider in his camp said the second defeat caused him to ‘seriously question himself – he was low, he thought his career was over’, and accelerated his decline in which a brief comeback culminated in another KO by German Erkan Teper this month.

UK Anti-Doping say the delay in Thompson’s failed drugs test being revealed was a consequence of the American’s response to the charge. “It’s an unusual one for us as the case came to a conclusion after the ban had expired. Our normal process is that we don’t publish, or comment on, a decision until due legal process has been completed and in Thompson’s case this was only concluded late last week after he failed to progress his appeal and it was dismissed.”

I don’t buy that. Nor is it acceptable that the BBBofC should be compliant in hushing up the ban they had imposed, a situation similar to that of British boxer Kid Galahad, whose two-year suspension for ingesting steroids was not revealed until a year after he failed a test.

Sometimes getting information from sports authorities, not least the Boxing Board, can be as irksome as having a tooth extracted without painkillers. Yet boxing is a sport which needs transparency.

Thompson argued that the banned substance entered his body through a medication taken for high blood pressure – not to control his weight or hide other substances – but that he didn’t provide sufficient proof from a medical professional to support this.

He also claimed to be unaware that hydrochlorothiazide was prohibited but was given a separate 12-month ban by the Austrian Boxing Federation for the presence of the same substance when fighting Kubrat Pulev in August 2013, three weeks after UKAD contacted him about their case

Sauerland, Price’s promoters are now seeking to have the fight annulled. ”We’d look to make the fight a no-contest. If he (Thompson), was on a banned substance he shouldn’t be in the ring so the loss shouldn’t be on David’s record.”’

Quite right. But scant consolation to Price who was entitled to know the moment Thompson failed the test of the possibility that something dodgy was afoot. 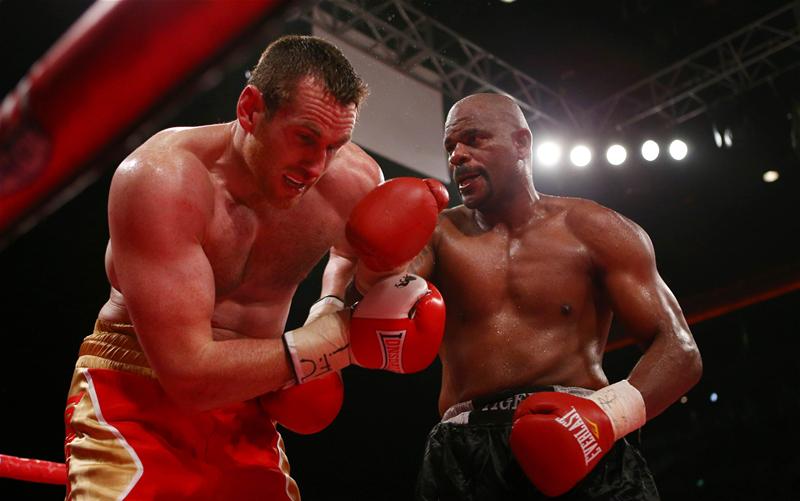 A fight to light up the North?

Now that Anthony Crolla has been awarded a re-match with WBA lightweight champion Darleys Perez after their first fight was controversially ruled a draw, following some debatable scoring, it seems fellow Britons Terry Flanagan the WBO champion, and Derry Mathews, who holds an interim belt, will have to queue for a crack the winner.

Meantime, with domestic dust-ups always in demand, a scrap between Flanagan and Mathews, both brightly shining northern lights, is certainly one I’d love to see. How about it Frank?

Freedom for a fighter

Congratulations to Keith Walters, OBE, former chair of the ABA, and now president the newly-constituted England Boxing, who has been given the Freedom of the City in London for his tremendous community work in the sport.

Few have contributed more to what used to be the amateur game in England before AIBA’s ubiquitous Dr. Wu decided to remove the word, and he continues to work his socks off digging away at the sport’s grass roots as secretary of the London ABA.

“He’s a big old lump but what’s he like when he takes a shot? Because he’s so big, powerful and a good looking lad I pray he will go the whole hog but we will only know when he gets one on the choppers. You can say that about a lot of fighters. When a man gets a good whack you see what he’s made of.” 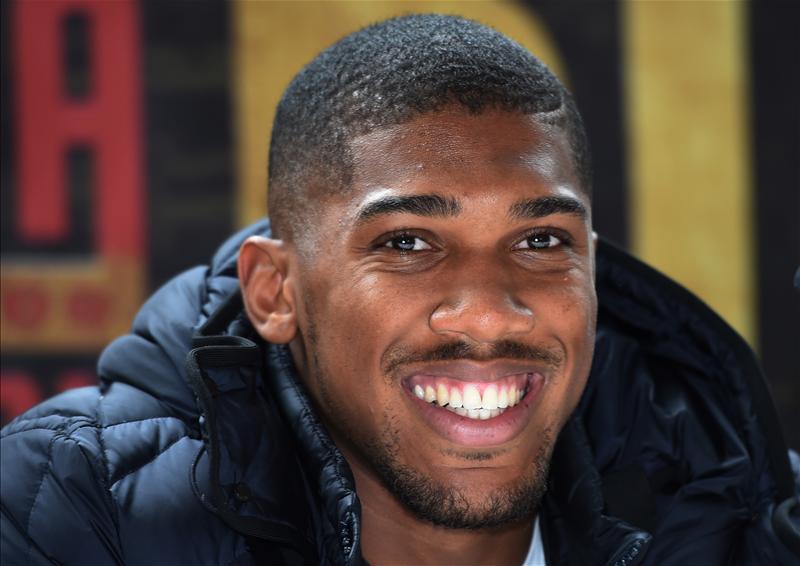