Tyson Fury, the man with the toxic tongue, is at it again. Then potty-mouthed pug who last year was fined £15,000 by the Board of Control for spewing out a stream of verbal sewage at a public gathering before his fight with Dereck Chisora obviously remains incorrigibly unrepentant .

Shortly after signing to fight Wladimir Klitschko in Dusseldorf on 24 October the message below was posted on YouTube.  (If you are of a delicate disposition look away now, for this is what the Towering Inferno had to say – with some expletives deleted).

“I’m the best heavyweight in the world by 25 miles. He’s getting knocked out. Deontay Wilder’s a chinless piece of shit. He’s in front of my little toe when its got dog shit on when I‘m walking through the grass . All these heavyweights are shit. You’re looking at the saviour. Me. I’m the f****** man. Always will be. Klitschko, you’re getting knocked out, you f****** p****. F*** off now. (sticks two fingers up to the camera).

Charming, eh? Another wonderful advert for the noble art and a great example to kids coming into the game.

Only a few hours before the deal was struck, when he thought it might have to go to purse offers (and actually he might well have been better off if it had, with $18 million on offer from Russian promoter Vlad Hrunov working in conjunction with Frank Warren) he was tweeting that Klitschko and co were “liars, cheats and con artists.”

I understand the Board have received complaints from members of the public over the YouTube clip and no doubt further wrist-slapping strictures will be issued in due course.

Not that Fury gives a proverbial toss. He thinks he is bigger than boxing. But Floyd Mayweather he isn’t.

However judging from the reaction on Twitter and various websites few in this country will be rooting for his victory, and he certainly won’t get any favours in Germany. If he carries on in this vein with his puerile profanities the world heavyweight title bout will become more of a turn-off than a turn-on.

I suffered Tyson’s fury when I suggested during his rabid rant at last year’s pre-Chisora fight function at a west London cinema that he should curb his X-certificate language because of the composition of the audience which contained women and children and out of respect for the sport.  His response was a torrent of abuse featuring just about every obscenity in the Lout’s Lexicon.

“I don’t give a f*** how many women and children are in the audience,” he yelled, spitting out a further vile stream of epithets straight from the cesspit. Allied to his subsequent dissing of the Board whom he called ‘fools’” when they issued a public apology for his behaviour, this resulted in another misconduct charge, and that fine.

He had twice before been upbraided for misdemeanours which included making homophobic comments about an opponent. God knows what he’ll next dream up to vilify Klitschko with. 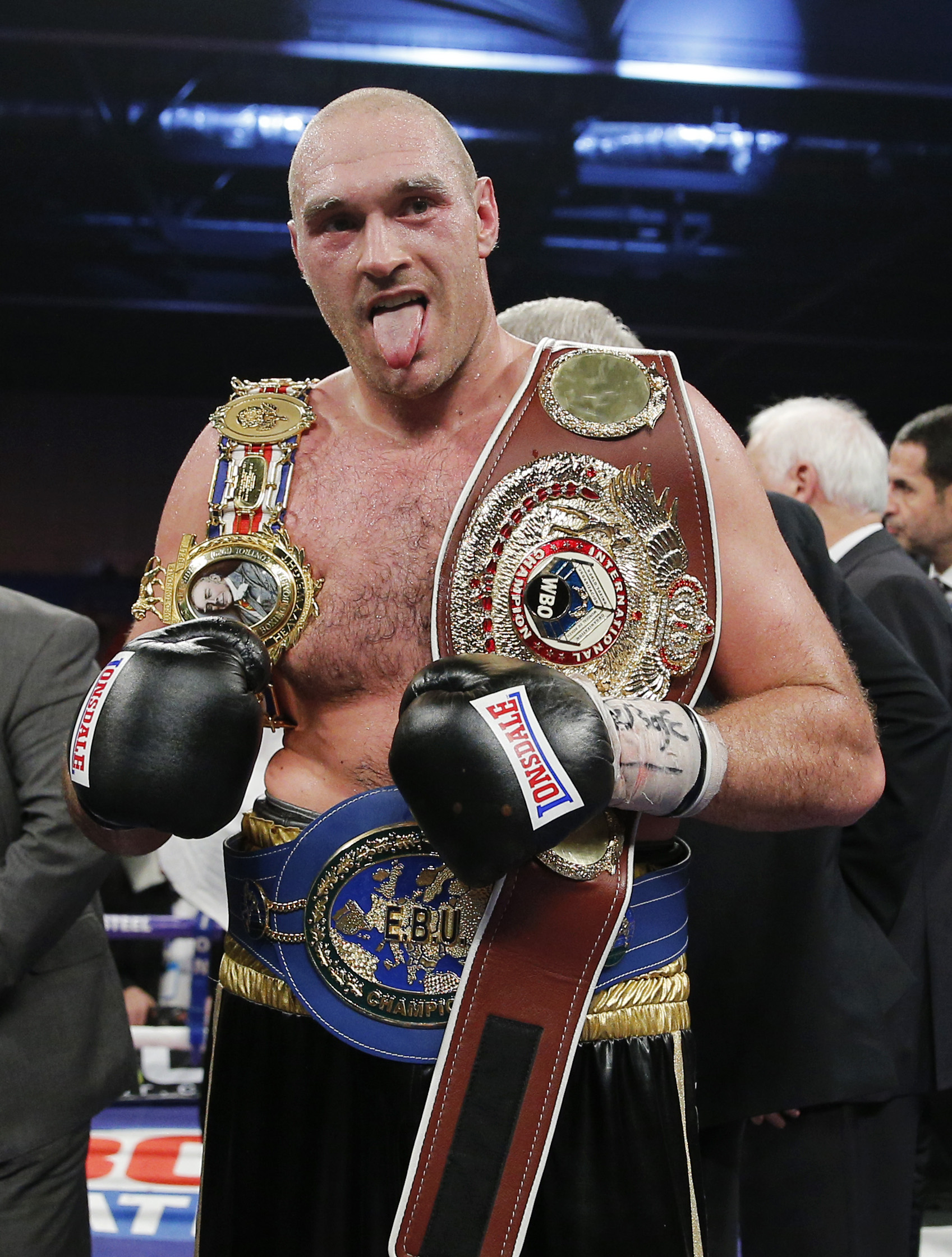 I have mixed feelings about Fury. I was one of the first to write about him when the GB national coach Terry Edwards invited me to interview the new teenage amateur prospect. He was friendly, helpful and polite and obviously a young man with huge potential, in every sense.

I liked him then both as a boxer and bloke and it makes me all the more disappointed that he has elected to behave in such an outrageous manner as he progressed through the professional ranks. There is no need for it such despicable violence of the tongue with the talent in his fists. No-one thinks he is funny, simply a fool.

He now refuses to speak to me, no doubt believing that my asking him to mind his language cost him that £15,000.

We were told his father, the former British heavyweight title Gypsy John,  had promised to take him in hand and teach him how to curb his tongue. Obviously hasn’t worked.

The point is Fury can rant and rave as much as he likes but it is a futile exercise. It won’t sell tickets and it won’t get under Klitschko’s skin. David Haye tried similarly insulting tactics and failed abysmally. He ended up being humiliated and I fear the same will happen to Fury.

I quite like certain aspects of Fury as a fighter but I like the dignified Klitschko even more. I have never thought Tyson would beat him as he doesn’t have the skills to outpoint him or a big enough punch to knock him out, something no opponent has done for 11 years.

But it could be fun while it lasts.

The likelihood (some say hope) is that Wlad he will box his ears off and teach Fury to keep his trap shut. Time they made a bonfire of his profanities.

We know the crafty Klitschko’s are quite capable of playing their own mind games behind the scenes but what must they think of the behaviour of English heavyweights?

Haye wore a T-shirt showing their decapitated heads, Chisora slapped Vitali’s face and spat water at Wladimir and now Fury drags the sport into the gutter.

So let me offer Klitschko this comforting quotation from Shakespeare’s Macbeth to whisper in Tyson’s ear: “Told by an idiot, full of sound and fury. Signifying nothing.”

Mind you, as a linguist and a scholar the Ukrainian probably knows it already.

Vann man still does the business

Veteran referee Mickey Vann came in for some stick when he elected not to stop Jamie Conlan, twice knocked down in the seventh and in some distress in his fight with Junior Granados in Dublin last Saturday.

But Vann can argue that he was proved right when Conlan went on to win the last three rounds – and the contest. But I admit I was among those who thought it should have been halted at the time.

However Vann, who is a sprightly 72 this year, insists he made the right call, explaining: ”While Conlan was under fire following the two knockdowns I was on top of the action. Someone counted that Junior threw 60 punches, and that might be true, but if my memory serves me correctly, only three of those punches hit the target as Conlan was swaying up, down, left and right and the rest of the leather that was thrown landed on the arms and gloves.

“If a fighter is hurt, his first reaction is to grab hold of his opponent for all he is worth and try to buy some time. Conlan was focused and saw everything coming, when all is said and done this is what our sport is about; the noble art of self defence.”

It is good to hear a ref explain decisions. As I have said before it does not happen here, and it should.

Vann, a former pro featherweight, has been pensioned off as a ref in the UK as he is past  the official retirement age of 65 but he is still pretty nifty on his pins and gets plenty of work overseas, which is why he was in charge in Dublin.

I agree with Mickey when he says that Britain’s age limit is wrong and that a referee should be judged only on his physical, fitness, mental alertness and mobility.

The late Arthur Mercante snr, one of America’s finest refs – he did the first Ali-Frazier fight in 1971 – officiated in his final contest aged 81.

Yet he was fitter more mobile, and more efficient than some referees half his age.

Vann himself, once as circus acrobat, keeps in shape by training Leeds Rhinos rugby league players, and ballroom dancing.

Indeed, he is so light on his feet they should invite him on to Strictly. He’d waltz it. 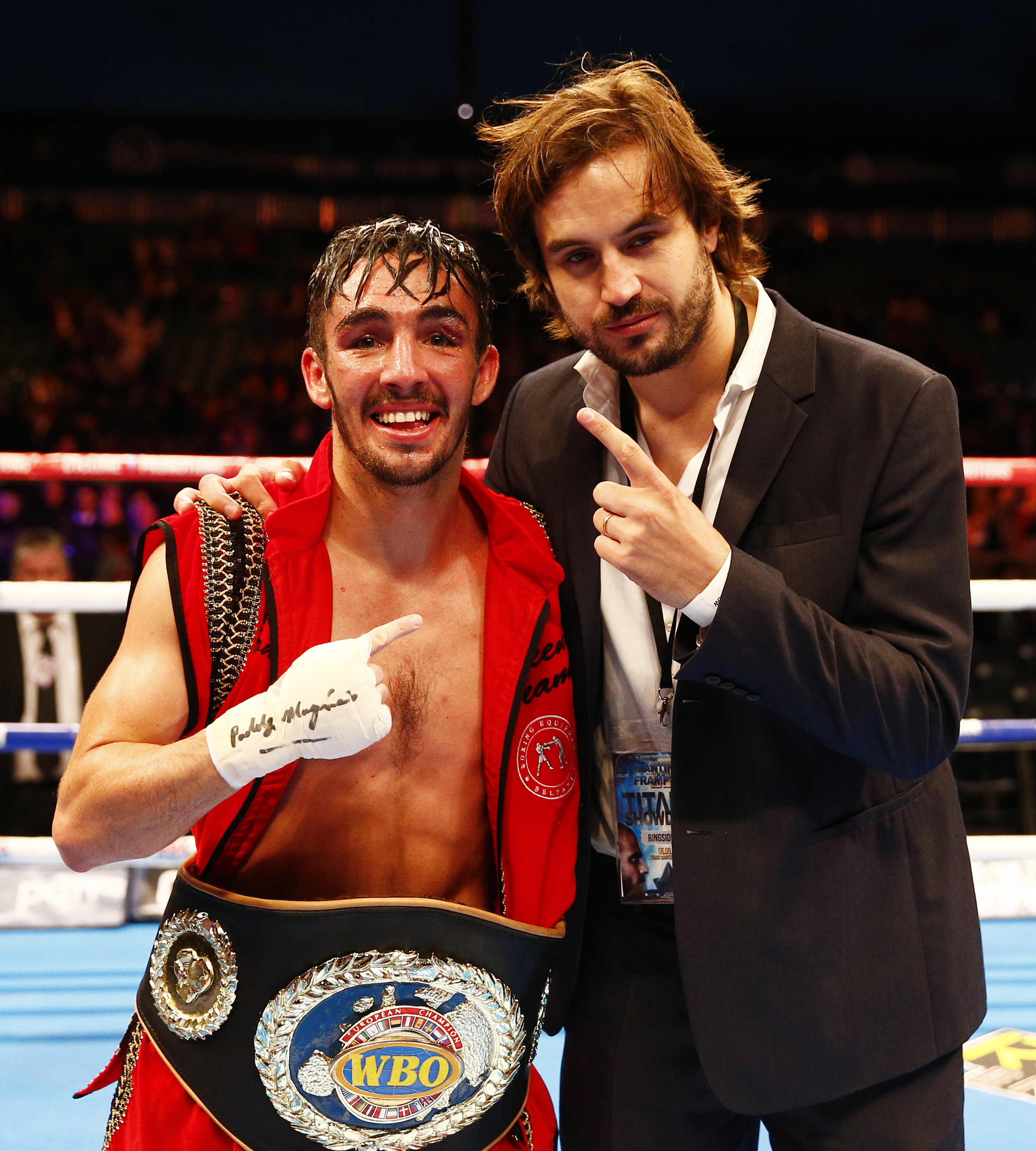 Downes still on the up

Another of boxing’s ever-ready middlemen, Bob Williams, a London fireman, is a close friend of Terry Downes and reports a good reaction to our piece last week on Britain’s oldest surviving world champion.

Williams says they anticipate a bumper turn-out from the fight fraternity for the charity barbecue to celebrate Downsey’s 54th anniversary of winning the world middleweight title against Paul Pender.

As a reminder it is at the Bricketwood Social Club, Oak Ave, St.Albans, Herts AL2 3LQ on Sunday 19 July from 1pm.

Who is the fittest female in parliament – in the sexy sense that is –and what the hell has it got to do with boxing?

Well, blonde bombshell Charlotte Leslie, a 36-year-old Tory MP, who as just been nominated  by the website sexymp.co.uk, happens to be chair the All Parliamentary Boxing Group and is a great fight fan who works out regularly in the Commons gym and at one  in her Bristol North constituency.

Soon-to-be-wed Charlotte  is said to be pretty useful with the gloves on and has sparred with England’s top amateurs- men as well as women. So woe betide any MP who wants to start talking about banning boxing.

Hard on the heels of the decision by India’s superstar slugger Vijender Singh to turn professional with Queensberry Promotions come news that his homeland shortly will stage pro boxing for the very first time.

It promises lucrative financial deals for those who like Vijender, feel they have exhausted their amateur career and want to get paid to punch.

Word wafts across the Atlantic that 50-year-old, Bernard Hopkins is considering a last hurrah in Britain and could be here in the autumn to face guess who? Carl Froch? No, James DeGale. Hard to believe, but it could happen.