The scars around the eyebrows of young boxer Ajmal Faizy were not inflicted in any fight, but a grim legacy of a more terrifying encounter as a 13-year-old in his native Afghanistan when he was brutally beaten and tortured by the Taliban.

How he fled that troubled land to become one of the rising hopes of British boxing is a story astonishing even by the many extraordinary tales which inhabit the sport.

It began seven years ago in a small Afghan village near the town of Charinkar in the province Parvan, some 70km from the capital, Kabul. Faizy’s family owned some arable farmland, its fertile soil producing grapes and vegetables, through which ran a small river. One day the Taliban came calling and demanded it be handed over to them.

Faizy’s father, Abdul Salam, refused. So they took him to a barn, hanged him upside down for three days and savagely beat him. He died soon after.

As the new head of the family, teenage Ajmal became the target of Taliban brutality when they returned with a renewed demand.

Now living in Darwen, Lancashire, Faizy dispassionately recalls how they first threatened him, and then set about him with sticks and clubs.

“They beat me up badly, smashing my teeth, my face and shoulder. I still have the scars.”

The Taliban may have broken his bones, but not his spirit. He told them he would not allow them to take the land. “How could I? It was my family’s only income and we would have had nowhere else to go.” The Taliban said they would kill him next time they called.

So he escaped Afghanistan after his mother sold part of the family farm to raise money for the flight to the UK.

After being quizzed by immigration officials, he was given a place with a foster family in Darwen and stumbled across boxing by accident.

Walking through the town one day, Faizy entered a boxing gym run by trainer Barry Higginson, Although he had never boxed he accepted Higginson’s invitation to punch the bags. Liking what he saw, the veteran trainer not only taught him how to box, but helped him learn English, which he now speaks fluently with a Lancashire burr.

Now he lives with Higginson, who invited Faizy, also known as AJ or ‘The Dream’, into his own house when he had to leave his foster family, aged 18.

He has now turned pro – the first Afghan to do so – and at 21 has won five of his seven fights (one draw) at light-welter while attending college and qualifying as a plumber.

He was in action again at the weekend, fighting against Slovakian Lubos Priehradnik in Manchester, a bout he dedicated to World Refugee Week.

He tells me: “Obviously I would love to become a world champion but more than that I want to win a Lonsdale Belt as a British champion. My trainer has told me so much about its history and prestige and winning one would mean so much because this country has been so good to me.

“It would be my way of saying thank you to the people who have been there to help me all the way.

“My mother and sister are still in Afghanistan and I pray for them every day. With everything that’s happened, boxing takes away all the stress. It was a very bad time in Afghanistan, but I’m happy now.”

However, AJ now has another fight on his hands – for British citizenship. The Home Office have been considering his application for three years but there is still no word. “I would be really upset if I got deported,” he says. “I work here, I pay my tax and I’m a citizen really. This is my home now.”

Let’s hope the Board of Control are fighting his corner. 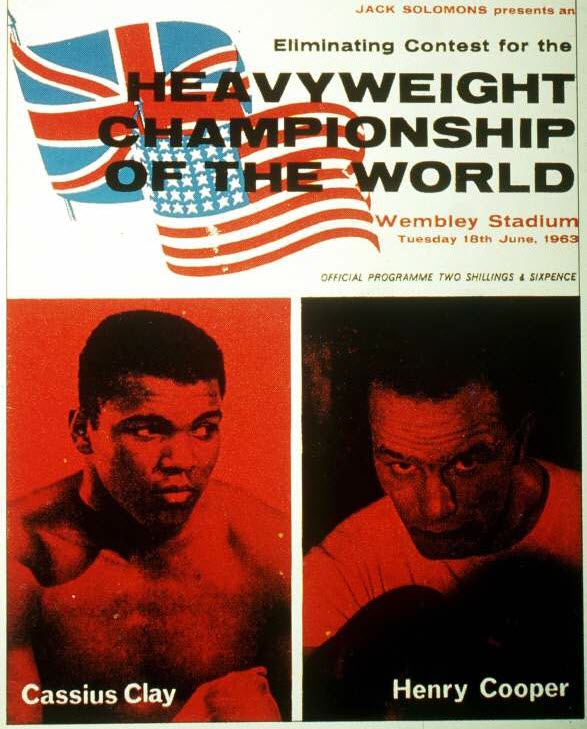 It was 52 years ago this week that the world gasped as a brash young braggart then named Cassius Clay glanced down at the Wembley ringside to see Elizabeth Taylor sitting there, mouthed ‘Hiya Cleopatra’ and was promptly socked on the whiskers by Henry Cooper’s famed left hook as the fourth round neared its end.

The rest may be history as he was revived (illegally some claim by Angelo Dundee’s smelling salts while a suddenly split glove was replaced) but the moment has remained etched in Muhammad Ali’s mind. “How’s my ole friend Henry,” he always asked, tenderly rubbing his jaw  whenever we met him. “Man, he hit me so hard my ancestors in Africa felt it!”

Sadly, like so many of Ali’s erstwhile opponents  our ‘Enry has passed away. Yet, ailing as he is, Ali has outlived the majority of those he fought during his dancing years.

Among the first to go was Sonny Liston, whose sudden death in 1970 at his Las Vegas home remains unexplained to this day. He was discovered  with puncture marks in his arm despite a pathological fear of needles. The strong suspicion is that he was bumped off by the Mob.

Another Ali opponent to die violently was the Argentinian Oscar Bonavena, shot dead outside a Buenos Aires brothel.

Trevor Berbick, the last man to fight, and beat, Ali in 1981, was clubbed to death at a church in Jamaica by his nephew, Harold, suffering multiple blows to the head from a steel pipe.

Sonny Banks, the first man to knock down Ali, died three days after suffering head injuries in a bout with Leotis Martin in Philadelphia.

Zora Folley died at the age of 41 in Tucson after striking his head on the edge of a swimming pool.

Of the lesser-known earlier opponents I calculate that at least a dozen have passed on and as many more are untraceable, presumed dead. Among those who have died in recent years is his first-ever pro opponent, the former Fayetville police chief Tunney Hunsaker.

However Zbigniew Pietrzykowski, the Pole defeated by Ali in the Olympic light-heavyweight finals, is still around at 79, six years older than The Greatest.

In his column here last week Frank Warren warned boxing not to be complacent over the issue of doping in the light of the sensational fresh allegations sweeping sport. The fight game is not a drugs-free zone and has a growing problem, he said.

It was uncomfortably prophetic. Bang on cue we learn that the only competitor to fail a drugs test in the current European Games in Baku, Azerbaijan, is a boxer – one Rexhildo Zeneli of Albania whose sample was found to contain the banned diuretic Furosemide.

Now a quiz question: Who is the highest-profile boxer ever to have failed a drugs test?

All of the above have – but the biggest culprit of all may surprise you. It ls Vitali Klitschko, former world heavyweight supremo and now mayor of Kiev. 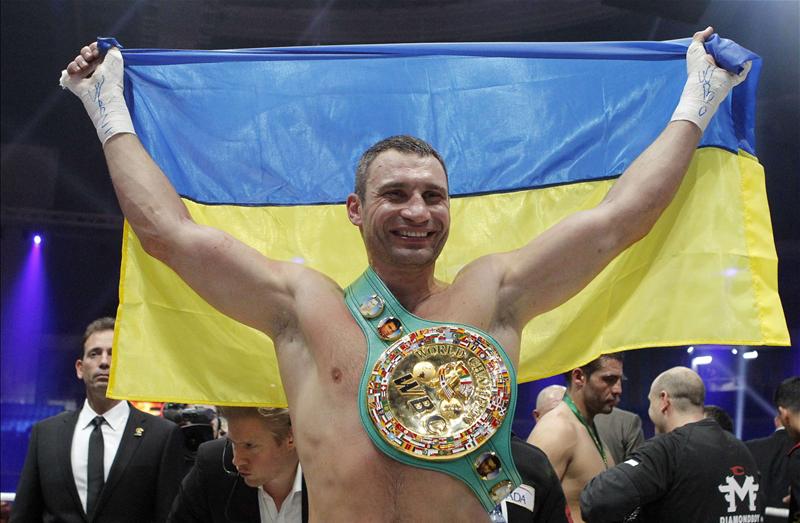 As an amateur Klitschko was selected at super-heavyweight for the Ukrainian team at the 1996 Olympics in Atlanta but tested positive after using a steroid to recover from an old leg injury he had sustained in a kick-boxing tournament.

He was suspended – and younger brother Wladimir took his place, going on to win the gold.

Not many people know that.

Some fighters get through more trainers than Mo Farah’s feet. Amir Khan, for instance, is currently on his fifth with American Virgil Hunter. Now his one-time amateur spar-mate Frankie Gavin, who has been also been around the gyms a bit, tweets that he has split with current coach Tom Chaney following his not unexpected world title loss to Kell Brook. Gavin, so out of his depth against Brook, is expected to move down from welterweight, where he has never looked really comfortable. “I don’t know where I’m going yet. I’m going to have a look around and see what suits me,” he says. Not much funtime for Frankie.

The more I see and hear of Billy Joe Saunders both as a pugilist and personality the more I like him. He is becoming one of British boxing’s most feisty characters. Asked who might win the argument between himself and fellow traveller Andy Lee over whether their upcoming world middleweight title fight should be staged in London or Dublin he quips: “It depends who has the biggest caravan.” 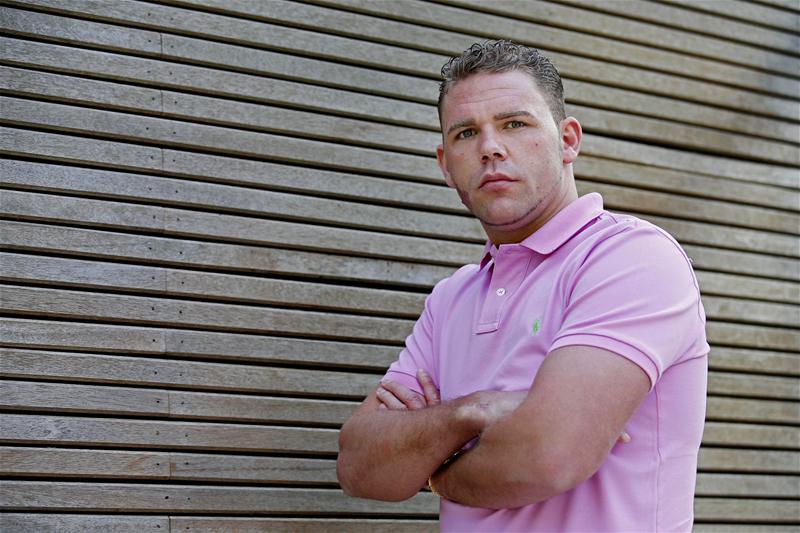 A veritable boxfest is taking place this weekend with the eighth edition of the iconic Haringey Box Cup. Numerically it is the amateur game’s biggest event, with some 500 competitors, male and female – double the number of the Olympic tournament – from all over Europe.

Anthony Joshua, Chris Eubank Jnr, Katie Taylor and Nicola Adams all cut their fighting teeth in this four-ring circus. It is some punch-up and can be seen on London Live TV.