ALL ABOUT SATURDAY NIGHT 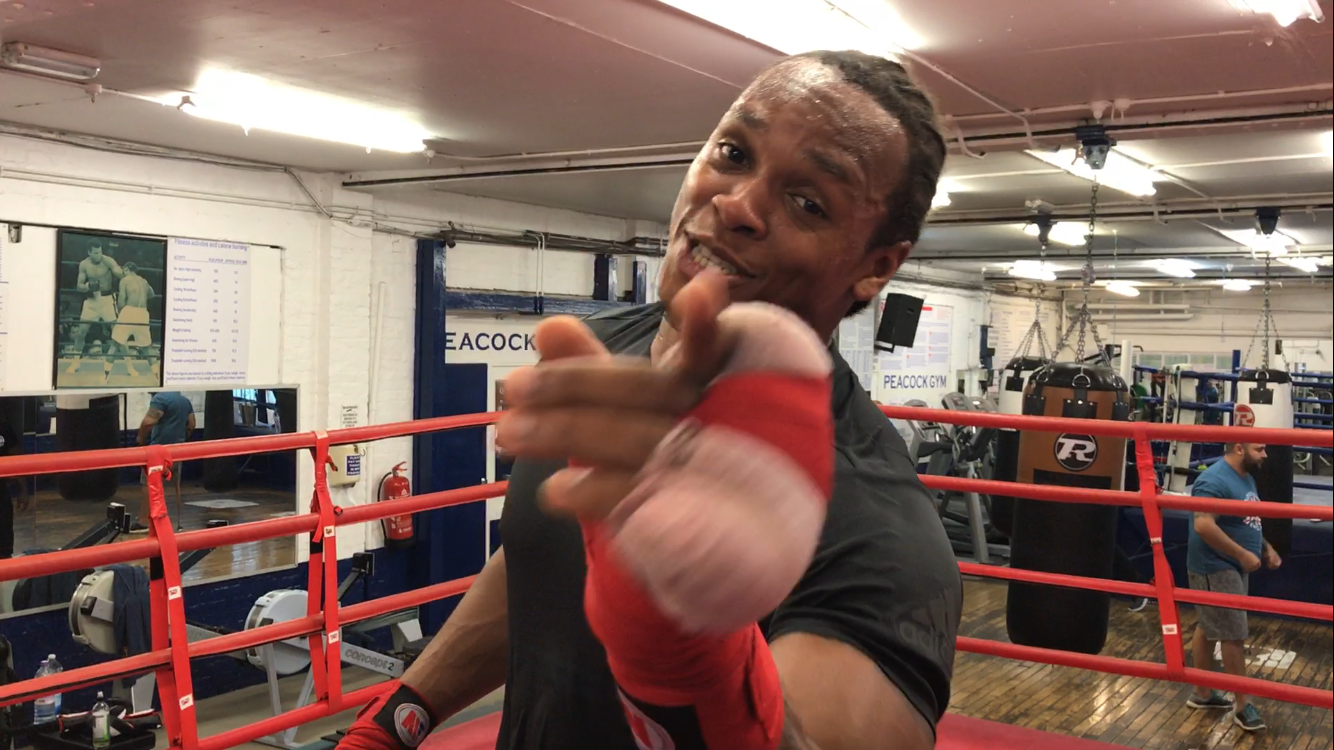 Anthony Yarde enters into his 14th professional contest at the Copper Box on Saturday and his fourth with titles on the line. To the 26-year-old these fights are simply building blocks towards his ultimate goal and he refuses to become distracted by mockers of his explosive development. In his latest exclusive Fighter Diary, Anthony looks ahead to the challenge of the, up to now, sure-footed Nikola Sjekloca

MY VICTORY IN September over Norbert Nemesapati – along with the other 12 on my record – is not my focus anymore. My focus is solely on the next one and that comes on Saturday back at the Copper Box. Everything else is in the past.

Whatever I have done before must be good because people are showing an interest and my name is rising relatively fast. But I have got to forget about what has gone before because everything that matters is ahead of me.

Which brings me to my opponent Nikola Sjekloca and it is always good and always a positive when you’ve got someone in front of you who hasn’t been knocked out or they bring something new to the table.

From what I know, he has been in with a lot of good guys and his most recent fight was for the EBU title against Robert Stieglitz, which was a draw. He also went 12 rounds with Callum Smith and a number of other good fighters, who had previously been knocking people out.

That is another reason why I need to take this fight seriously. I believe in entertainment, I am at the stage with my 14th fight where I should still be knocking out my opponents and he is the next one to be put in front of me.

So my aim remains to do a good job on him.

I will just focus on myself and what I want to do. Some people say I need to get the rounds in, some say I need to make a statement by knocking him out – I need to do what is best for me and what makes me feel good.

In this particular fight I want to get the knockout and, if I don’t, I need to work harder. That is the way I see it and there are no excuses.

Sometimes the way I approach a fight depends on the way I am feeling, such as the Chris Hobbs one where I chose to go for the body. I am still in the learning stages of my career, I still want to do things the way I want to do them.

Tunde (trainer, Ajayi) wanted me to get it done a round earlier, but I was adamant – because I am stubborn – that I wanted to stop the fight with body shots and work out certain things.

There was a fight – I think it was against Grzegorz Semik – where I threw shots to the body and my eyes were closed. I knew they were closed because I had done it in training and then I saw a picture.

The shots landed, but I still had my eyes closed, so in the Hobbs fight I made certain my eyes were peeled open and I was seeing the shots land.

That’s why I was smiling. Some people were saying he is cocky or arrogant, but it is not that. I am in a sport where it is hard to get recognised or get props for doing what you are doing, so when I am doing things in the ring and it is coming off, you are happy with it.

So I was smiling just because things were actually working and things I wanted to do were happening.

I am a big critic of myself and I am trying to get better each and every time.

I know it is important what the fans think of you and it is equally important that they believe in you, but I don’t take much notice of other opinions at all.

I am thinking ahead now. In the next two years when I am fighting for world titles and in major fights, nobody is going to care about who I was fighting in my 13th or 14th fight.

That is the whole thing, because I have been dealing with opponents so easily and making it look easy, people always try to find a negative, saying I am fighting rubbish opponents or ones I am meant to knock out. Things like that.

Other people are fighting the same opponents as me and are not knocking them out, or doing it later than me, or not looking so impressive. And most of them have got more amateur and professional experience than me.

So when people say anything negative, I always see the positive.

I actually don’t go out there worrying about other light heavyweights or worrying about the competition because I truly believe everything is about timing.

I need to focus on myself because putting a focus on other people doesn’t benefit you. I think in my last press conference people were talking about me fighting Nathan Cleverly – who was a world champion and got beaten by Badou Jack – and now he has retired.

So it is irrelevant and that is why I don’t focus on anybody else. It was also said I should strive to get to the level of Andre Ward and look to fight him, but he has also retired.

So I am not going to base my career around another human being. I need to keep building as I am and everything will happen at the right time.

The next right time for me is on Saturday and I am happy about the card, the occasion and where it is. I am always happy to be fighting in Stratford where I grew up and it brings back good memories, as well as bad, which is also a positive.

When I say it brings back bad memories, those memories are so good now because at the time it seemed like the world was ending. Then you go back to the area and see how you have turned your life around and where you’ve come from.

It is always a positive and always motivating.