ALL GOOD ON THE BELFAST FRONT 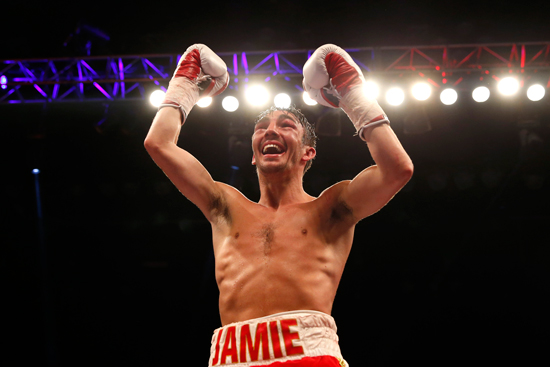 Our return visit to the fight city of Belfast on Friday night was a bit of a slow burner to begin with and took a little while to spark into life, but when it did the entertainment value at the Waterfront Hall cranked up and, once again, Jamie Conlan more than played his part.

While a few of the early fights didn’t really catch fire, in the case of two of them, it was perhaps more about what comes next.

Both Philip Sutcliffe Jnr and Marco McCullough now have big BoxNation-BT Sport dates booked in for Leeds and London respectively.

On May 13 at the Leeds FD Arena, super lightweight Sutcliffe will be fighting for the vacant IBF Intercontinental title against the extremely talented Josh Leather.

I really believe the unbeaten Josh has got what it takes to reach the top and this title challenge represents his first genuine step up.

The 25-year-old from Guisborough has only had 11 pro fights, but he has shown in recent outings that he is more than ready to begin a belt collection.

He is now starting to really fill out and find his power at the weight, having stopped his last four opponents, but Sutcliffe is a tough campaigner and the only blemish on his record came in Germany when he was narrowly outpointed by the impressive Swede Anthony Yigit, who people are tipping for big things.

It is also a first title opportunity for Sutcliffe and he too will view it as a stepping stone towards making an impression on the world stage.

Much as I rate Josh, I know this will prove a tall order and we have a real 50-50 fight on our hands that I am sure the fans will look forward to.

McCullough also did what he had to do on Friday in easing to a straight forward points victory over Leonel Hernandez.

The Belfast man now gets a shot at the British featherweight title currently in the possession of Ryan Walsh, which will take place on the massive bill at the Copper Box on May 20, headlined by Ryan’s twin Liam attempting to part Gervonta Davis from his IBF super featherweight world championship belt.

Ryan Walsh was unlucky to come a close second against Dennis Ceylan in his challenge for the European title in October, but he can go again for that belt and it will be a tasty domestic dust-up if Isaac Lowe is successful in his bid to unseat Ceylan in Denmark this weekend.

First things first though and Ryan’s first priority will be ownership of his Lonsdale belt, which will be his for keeps if he negotiates the threat posed by McCullough.

Back to Belfast, where there were three really gripping fights at the top end of the card. Tyrone McKenna overcame the setback of a particularly nasty slice above the eye to eventually overwhelm the game Jack Hanney in what was a bruising encounter.

Then James Tennyson really put his British title defeat to Ryan Walsh firmly behind him and displayed his fearsome punching power in defeating the highly-touted Declan Geraghty for the Irish super featherweight title.

It was a great scrap where the puncher got the better of the boxer and Tennyson looked all the stronger for having moved up a weight.

We finished the night with Jamie Conlan doing what he seems to do best – getting up from the canvas to win an epic struggle.

He did actually box smartly and kept his face out of harm’s way in the first half of the fight but old habits die hard and he ended up getting lured into a shootout against the tough Yader Cardoza.

Jamie is on course for a WBO world title shot and I think we’d better get a deal done quickly because we don’t want him going through too many more of these without a world title at stake, as much as he seems to enjoy them.

Remarkably, Jamie’s unbeaten record remains intact and, given the entertainment he always seems to bring to the ring, there will be few more deserving of a big world title fight than him when his turn comes around.

BoxNation viewers may have been somewhat puzzled last Friday night when there was a switch of ringside commentators midway through the evening, from John Rawling to Steve Bunce.

It so happened that the smooth voice of boxing was literally taken short with a severe touch of food poisoning and had to dash back the hotel.

Buncey, like the consummate pro he is, promptly stepped in to talk viewers through the fights alongside pundit Barry Jones, as well as his doing his usual interviewing slots.

Rawly wasn’t the only member of the BoxNation team to be hit by the bug. Among them was MC Mark Burdis, but he impressively struggled through all the announcements – on the run, you might say.

Apparently the victims put it down to some dodgy oysters consumed at a pre-fight meal.

Oysters? That will teach them! I will be looking closely at their expenses…