ALL SET FOR SEPTEMBER SHOWDOWNS 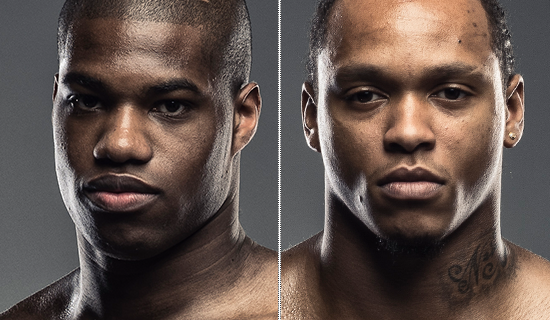 Our late summer-autumn schedule is beginning to take shape and, to give fans a heads-up, we last week circulated a few dates to circle in your diaries.
The first one – Saturday September 16 – has already been widely publicised, with Billy Joe Saunders making a second defence of his WBO world middleweight title at the Copper Box when he takes on a challenge from Stateside in the shape of Willie Monroe jr.
It is, of course, a big night for boxing because a few hours after the final bell at the Copper Box attention will switch to the T-Mobile Arena in Las Vegas for unquestionably the biggest fight in boxing between Gennady Golovkin and Saul ‘Canelo’ Alvarez.
The middleweight pecking order and who is likely to face who next will become a lot clearer after this huge fight night.
The big night will get bigger when we confirm the next moves of our two huge hitters – Daniel Dubois and Anthony Yarde – who will be supporting acts to Billy Joe in Stratford.
For Daniel, who won a WBC world youth title last time out, we are hoping to give him the opportunity to add a first domestic title to his collection.
It will represent a big step for a young man, who will have just turned 20 in September, having only his fifth fight in the professional ranks.
There has been quite a bit of conjecture over the likely identity of Anthony’s next opponent, but unfortunately – despite a significant offer being made – it won’t be the British champion Frank Buglioni.
We got word back that he wouldn’t be ready to fight until October and, in any case, he wants to defend his title against Callum Johnson.
Read into that, ‘no, I don’t want to fight Anthony Yarde’. Why would he not want to fight a guy who has got a world No.8 ranking? None of the others have got a top ten ranking.
Let’s be clear here, we’ve got no interest in Anthony fighting Hosea Burton, who was floored and stopped by Frank in December. When we have made a good offer to Frank, why would Anthony then want to fight the guy that he beat?

If Frank believes he can beat Anthony and wants to climb the rankings, forget about the British title – leave it for now – and we’ll make the fight between these two guys. If Buglioni was to beat him he would probably go in at seven or eight.
Why wouldn’t he want to take that fight? Forget about what the board are doing, the reason these guys have been nominated to fight each other is because Joe Gallagher manages Johnson and Burton and, in their infinite wisdom, the board says these two shouldn’t fight each other. That’s a nonsense to me, why should Anthony suffer and have to fight the loser when he wants to fight the winner?
He would be better off fighting the guy, Ricky Summers, who went the distance with Frank and didn’t get knocked out! We’ll carry on and get a proper fight for Anthony if Frank doesn’t want it and continue to push him up the world rankings.
More new season talk from Frank tomorrow