ALL SPIC AND SPAN FOR CHAMPION JOSH 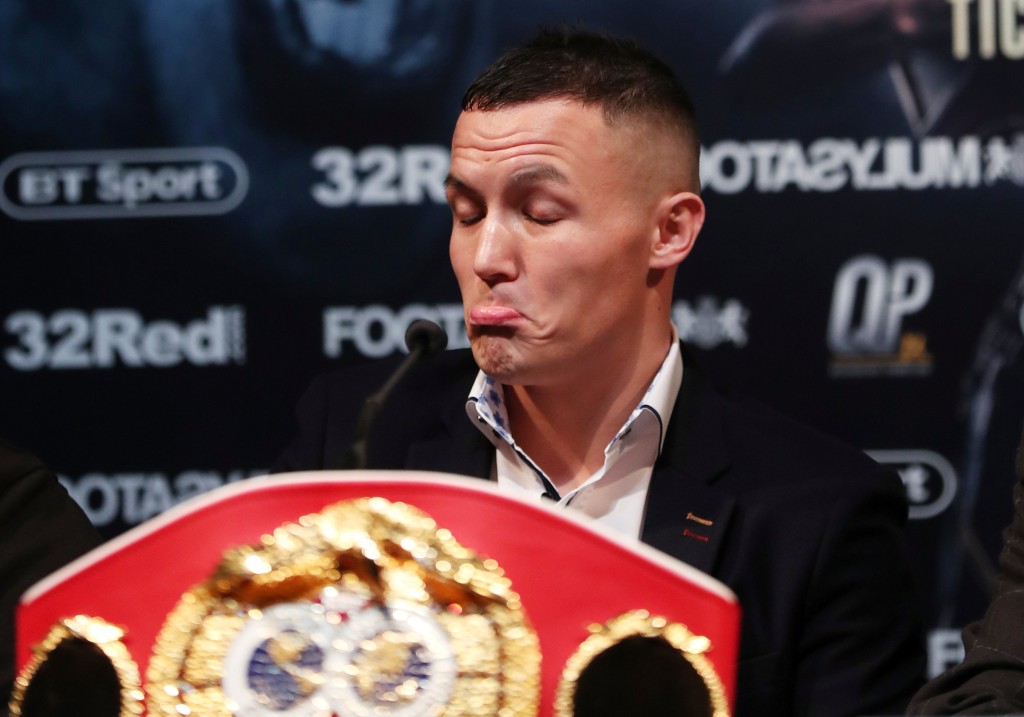 JOSH WARRINGTON HAS eschewed the superstar lifestyle since becoming world champion in May of last year, albeit with one concession, in that he is now the employer of a cleaner.

Life hasn’t changed too much for the down to earth IBF world featherweight champion since that memorable night at Elland Road when he battered down the defences of Lee Selby to take ownership of his prize possession.

He then moved on to Manchester in December and overwhelmed Northern Ireland’s national treasure and two-weight world champion Carl Frampton over 12 rounds to cement his place as a featherweight king champion of considerable standing.

However, away from the bright lights and the glare of the television cameras, Warrington goes about his daily routine that now excludes a spot of dusting.

He has long been accustomed to being a recognisable face in his native city but the champion, who defends his title against Kid Galahad at the FD Arena on June 15, is now getting used to wider acclaim.

“I have always been alright in Leeds because, obviously, for a long time I have been topping the shows,” he reasoned. “I’ve kind of got used to that over the years.

“I think for the last four or five years I’ve been noticed in the local supermarket or just walking up and down in the city of Leeds.

“It is when you go into other cities and start getting noticed and people come over to you and say the fight with Frampton or Selby was one of the best they’ve seen. That means a lot because there are many genuine boxing fans out there who see your fights and when they say they are some of the best, it does take you back a little bit.”

Not that the 28-year-old is about to develop an incurable ego. Getting down and dirty with a poop scoop is as good a prevention as any.

“Apart from that, I don’t get worked up about the fame game. I’ve got a cleaner now at home! I still pick up the dog poo though so nothing has changed there and I still have to go for a pint of milk if we run out.

“That is my life, I keep a small circle around me, keeping focused and keeping grounded.

“I’ll think I’m a big shot when I retire. I’ll start telling folk ‘I used to be world champion back in the day’.”