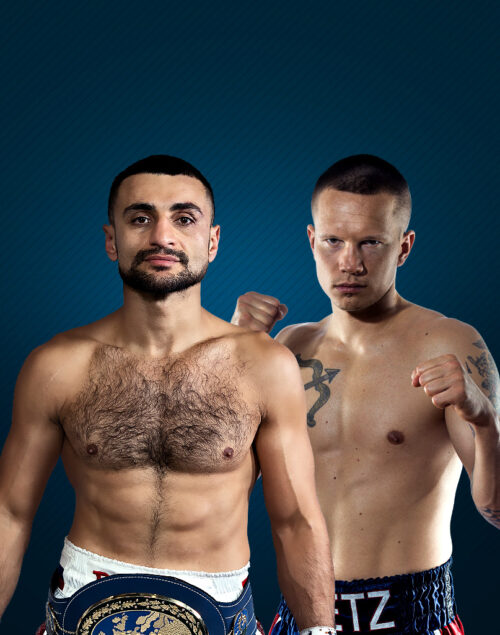 EUROPEAN WELTERWEIGHT CHAMPION David Avanesyan returns to the ring on March 19 at the OVO Arena, Wembley with a defence of his title on a night of multiple championship clashes at the historic London venue.

Avanesyan, who is bidding to return to world title contention in 2022, takes on the unbeaten Finn Oskari Metz (15-0) in what will be a fifth defence of his EBU belt, with him also having recently joined forces with Frank Warren and Queensberry.

For the 33-year-old Nottinghamshire-based Armenian, who is trained out of Newark by Carl Greaves, it is a return to a happy hunting ground as the formerly known Wembley Arena hosted his stoppage triumphs over both Josh Kelly and Liam Taylor.

“I am very happy to be fighting in front of my British fans at my favourite venue in Wembley where I had great nights in the past year,” said Avenesyan (28-3-1). “I promise I am back with real determination to put a big show on before a big fight.

“I am fit, I am ready and Metz is a good fighter and unbeaten, but I will win and win in style. I look forward to my debut under Frank Warren who I am grateful for getting me out on this show and look forward to performing for BT Sport and their fans.

“Enjoy the show I am back!”

An array of the country’s finest young prospects/contenders feature on the card, headed by Hamzah Sheeraz (14-0, 10 KOs), the WBO European super welterweight champion, who will take on Jez Smith (13-4-1, 6 KOs) for the WBC International Silver middleweight title in a fight that is sure to bring fireworks and a tough welcome to a new division.

Thrilling bantamweight star Dennis McCann is entering into title business for the first time. ‘The Menace’ (11-0, 6 KOs) will fight for the WBO Youth world title over eight rounds against Charles Tondo (12-4-2, 5 KOs), a southpaw from Tanzania.

The two leading young lightweights in Britain are also in action at Wembley, with Mark Chamberlain (9-0, 6 KOs) taking on a 10-rounder for the first time and Sam Noakes (8-0, 8 KOs) making a first defence of his WBC International Silver title against the Italian Vincenzo Finiello (15-4-2, 1 KO).

Finally, Frank Warren gets to unleash his latest young star onto the professional ranks, with two-time European championship gold medallist Royston Barney-Smith making his pro debut, having turned 18 in January.

Barney-Smith enjoyed a glittering stint in the amateur code of the sport, with 50 fights under his belt bringing about 45 wins. The product of Pinewood Starr has represented England at four international championships and worn the colours of his country on 37 occasions, winning 36.

Promoter Warren said of his Wembley show: “I am thrilled to get our partnership underway with David Avenesyan and his manager Neil Marsh with another defence of his European title ahead of the bigger challenges on the horizon. I think everybody knows who the best welterweight knocking about these parts is, but there is no clamour to fight him, so we will look for a swift ascent back to world title contention for him as soon as possible.

“This show features a number of the best and most exciting young fighters currently coming through the ranks in this country and I am looking forward to seeing them all take a next step at the beginning of a big year for them.

“I am also personally very excited to launch the professional career of Royston Barney-Smith and I urge you all to get behind this young man from the off because he is a special talent, who is destined for big things in the years ahead.”

Tickets for an incredible night of Championship boxing at the OVO Arena go on general sale at noon on Wednesday 16th February at AXS.com.