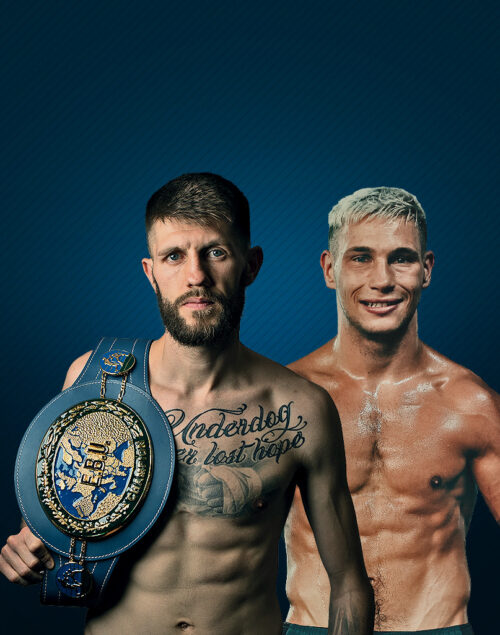 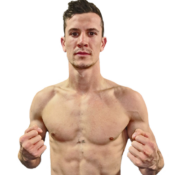 Former British, Commonwealth and IBF International bantamweight champion Brad Foster from Lichfield makes his return to the ring following his disputed defeat to Cunningham in Birmingham back in October and he takes on the highly rated Spaniard Ionut Baluta, the former WBO European champion.

In a fight that is guaranteed to spark fireworks, Telford native Liam Davies defends his WBC super bantamweight belt against Liverpool firebrand Andrew Cain, with the pair having encountered each other three times in the amateur ranks.

‘The Iceman’ Cunningham, 30-6 (6 KOs), will be looking to extend his winning streak to seven, a formline that has seen him seize the European title from Gamal Yafai in May 2021 and increase his belt collection at the expense of Foster. The 32-year-old last tasted defeat when he took on world title challenger Michael Conlan back in December 2018.

Cunningham, who recently signed a promotional agreement with Queensberry, intends on maximising his career swansong by working his way into position for a world title tilt.

Le Couviour hails from Auray in Brittany and holds a record of 16-0 (2 KOs). He successfully fought for the EBU super bantamweight title in May 2019.

Bidding to get back on track is Foster, 14-1-2 (5 KOs), who became one of the youngest outright British champions when he defeated James Beech jr in July 2020, having previously overcome Josh Wale, Ashley Lane and Lucien Reid, with his IBF International success coming against Alvaro Rodriguez in March 2021.

‘Hitman’ Heaney, 14-0 (6 KOs), secured the vacant IBO International middleweight title in November of last year in Birmingham, halting the stubborn Sladan Janjanin in the seventh round in what was his third straight stoppage victory.

Telford local Davies, 11-0 (5 KOs), has enjoyed a hugely productive three-fight run since teaming up with Queensberry, with two spectacular second round stoppages topped off with a WBC International Silver title triumph over Dixon Flores last October.

Cain, 8-0 (7 KOs), is a naturally explosive operator as his record suggests and has only once been extended to the final bell. Now one of the most exciting young contenders in the country, Cain held the upper hand over Davies as an amateur, defeating his rival on three occasions.

Hall of Fame promoter Frank Warren commented: “I am delighted we are heading back to Telford where we will showcase our considerable talent from the region.

“Jason Cunningham’s story is a remarkable one and I am thrilled that he will be coming out of the home corner on the night. He has turned his career upside down and his plan is to cap it all with a world title. First of all though he has a tough defence of his European title to navigate against an unbeaten and hungry opponent.

“Brad Foster considered himself very unlucky to drop a decision to Jason when they fought so we are getting him straight back into title business against a strong opponent in Ionut Baluta, who has some previous in upsetting the odds.

“Liam Davies v Andrew Cain is an absolute cracker that I cannot wait for and the winner will be in a great position to accelerate his prospects. I am also looking forward to seeing Nathan Heaney in action again and hearing his incredible support get right behind their man as he increases his experience with a title defence.”

Tickets will be going on sale in the coming weeks, fans are asked to sign-up for Queensberry Ticket Alerts here to receive the ticket link directly to their inbox!