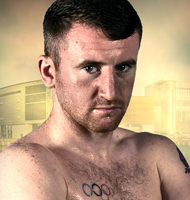 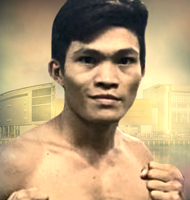 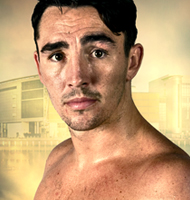 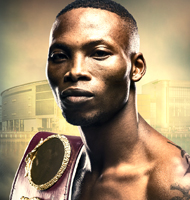 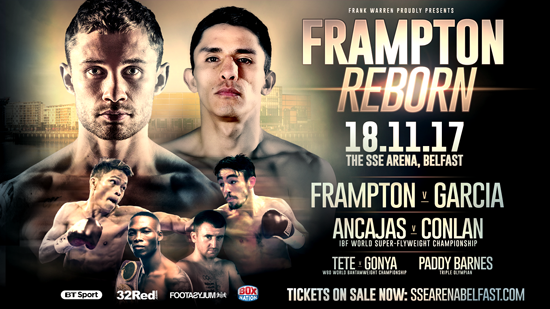 Carl Frampton MBE will face Mexico’s Horacio Garcia in a ten round Featherweight contest on his highly-anticipated Belfast homecoming at the SSE Arena on Saturday 18th November, live on BT Sport and BoxNation.

It will be the three-time World Champion’s first fight in his home city since he successfully defended his IBF Super-Bantamweight crown against American Chris Avalos at the same venue back in February 2015.

Frampton went on to create history by becoming the first Northern Irishman to win World Titles in two weight divisions when he defeated Mexican Leo Santa Cruz in an unforgettable battle for the WBA Super Featherweight Championship in New York in July 2016.

It was Frampton’s first fight as a professional at Featherweight, having moved up a division after unifying the IBF and WBA Super-Bantamweight titles by outclassing Scott Quigg in Manchester earlier that year.

Garcia, 27, holds a top record of 33 wins from 37 contests; with 24 of those victories coming by way of knockout. Before a surprise loss to Diuhl Olguin, which he quickly avenged, his only career losses had come to two-weight World Champion Hozumi Hasegawa and rising star Joseph Diaz.

“This is a fight that really excites me,” said Frampton. “Garcia will definitely come and have a go. He’s a typical Mexican warrior, he’s tough and he’s game and he’ll try and put it on me in front of my home crowd.

“He has never been stopped in his career and has only lost to World class opposition, excluding the loss against Olguin. It will be good to get a fight in against a live opponent before I get one of the big boys in the new year.

“This fight has been a long time coming and it’s good to be back out in Belfast topping a double World Title bill that also features my good friend Paddy Barnes defending his WBO European title.

“It’s a great bill, probably the best bill that Ireland has ever seen, I don’t think people will criticise me too much for saying that. It’s a quality bill and to be topping it is a huge honour.

“I asked for a ten-round fight. I would have been happy to be doing twelve rounds but speaking to my team after the bad year I’ve had and the long layoff they thought it was only fair to come back with a ten rounder before we target the big names.”

Promoter Frank Warren said: “Carl is an Irish boxing legend and to be promoting his first fight back in Belfast since creating history is a huge honour. He is a fighting man and asked for a tough opponent on his big return.

“Garcia holds a top record and will provide a test for him on November 18th. By the time the fight comes around, Carl will have been out of the ring for over ten months. He has a new trainer, management team and promoter, it is a lot for a fighter to have to deal with but I am expecting to see him back at his best next month.

“Once he has got a good fight under his belt we will push on to one of the big boys in the new year and then Windsor Park next summer, which is where we want to be with him, in a massive fight.”

On the same bill, all-action Belfast hero Jamie Conlan finally has a dream World Title shot. He will be challenging tough Filipino Jerwin Ancajas for the IBF World Super-Flyweight belt.

Hugely-popular Triple Olympian Paddy Barnes will make the first defence of his WBO European Flyweight Championship that he won against Silvio Olteanu at the Waterfront Hall back in June.

Further exciting additions to the undercard will be announced in due course.

“I always loved fighting on Carl’s undercards. The atmosphere is hard to decribe and it has got bigger and bigger. To be involved with a meaningful fight, it’s going to be an emotion I’m going to have to control on fight night. It’s something I’m looking forward to.

“I didn’t get overly excited when I found out this was happening because I’ve been let down in the past but now that I’m sitting at the table, I’ve never been as excited. It’s a big stage, it’s a big atmosphere. It’s a bigger audience than I’ve ever fought in front of. ”

“It’s great to be involved in such a huge event. The way Carl fills out the Odyssey is a brilliant spectacle and I’m honoured to be able to fight on a double World title card that Carl’s on too.

“I still feel that I need to slow down and I’m working on that in the gym In my last fight, I didn’t perform the way I can because I was more focused on doing the rounds. Now I know what it’s about and I’m looking forward to showing my real skill.”

Please Note: Comp collection closing time at the box office will be 10pm.