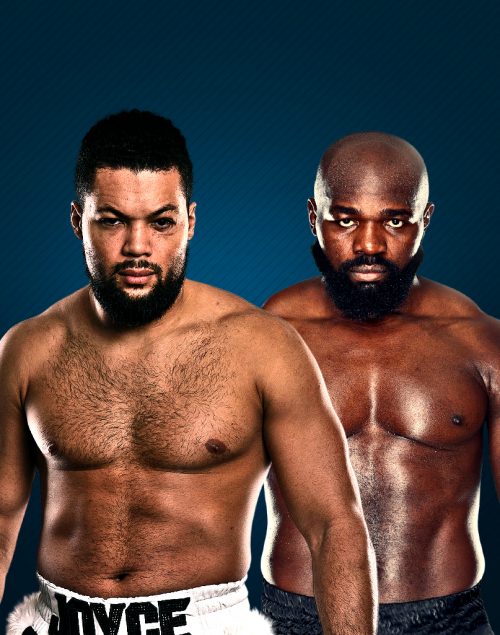 JOE JOYCE will risk his lofty world rankings and guaranteed future Heavyweight Title shot when he goes to battle with Carlos Takam at The SSE Arena, Wembley on Saturday July 24 live on BT.

This huge event will be presented by Frank Warren’s Queensberry in association with Joe DeGuardia’s Star Boxing.

Destructive Joyce (12-0, 11 KOs) is back in action for the first time since his tenth round win against Daniel Dubois last November when he captured the vacant European title and relieved Dubois of his British and Commonwealth titles.

Promoter Frank Warren said: “It was a great win for Joe against Daniel Dubois.

“He has been inactive since then because we have been waiting for WBO title situation between Anthony Joshua and Oleksandr Usyk to be finalised.

“Had that fight not happened Joe would have been fighting Usyk for the vacant title, so we had to wait and see what the outcome would be.

“That situation has been sorted. Joe will become the mandatory challenger for the winner and get his world title fight – should he beat Carlos Takam.

“It is a testament to Joe’s character that he’d take a fight as difficult as this when a World Title fight is waiting round the corner. This is a dangerous, dangerous fight and Joe needs to make sure he doesn’t let Carlos come in and take everything he’s worked so hard for.”

Besides his sky-high WBO ranking, Joyce is ranked number six by the WBC for Fury’s crown and tenth for the IBF belt held by Joshua who is also WBA and WBO champion.

And Joyce would love to better Joshua who stopped Takam in the tenth round of a IBF and WBA World title defence in October 2017.

Takam who will be boxing in Britain for the fourth time when he faces Joyce has been in great form recently.

He has won four consecutive bouts and most recently beat American Jerry Forrest in Las Vegas.

Takam remains fiercely ambitious and knows that upsetting Joyce is his route back to the top of the Heavyweight division.

Joe Joyce said: “I only want competitive fights but everyone wants to avoid me. Carlos Takam didn’t even want to spar me in Las Vegas, so I’m surprised he’s taken the fight. He has operated at a high level for a long time but on July 24th the Juggernaut will be activated… and I will run him over.”

Joe DeGuardia (President of Star Boxing, Promoter of Carlos Takam):  “Joyce-Takam is a significant and compelling heavyweight fight.  Certainly if Carlos wins it puts him in a position to take Joe Joyce’s #1 World ranking and eventual World Title shot, so Carlos is extremely anxious to capitalize on this opportunity”.

Carlos Takam added:  “I am excited about my fight July 24th!  Hey Joe; let’s give the great boxing fans in the UK an exciting fight!! Be ready because I am a problem.”

Warren said: “Joe cannot afford to slip up. He is in a tremendous position, but he has to be focused and we want to see an impressive performance from him.

“Everyone knows who Takam is. He really made AJ work when he came in as a late substitute and plenty of people believe the stoppage was slightly premature.

“Takam is coming with ambition and his recent record shows that the desire is there to succeed at the highest level. It is a good voluntary defence.

“Given Joe’s position with the WBO he could have taken far easier options than this.”