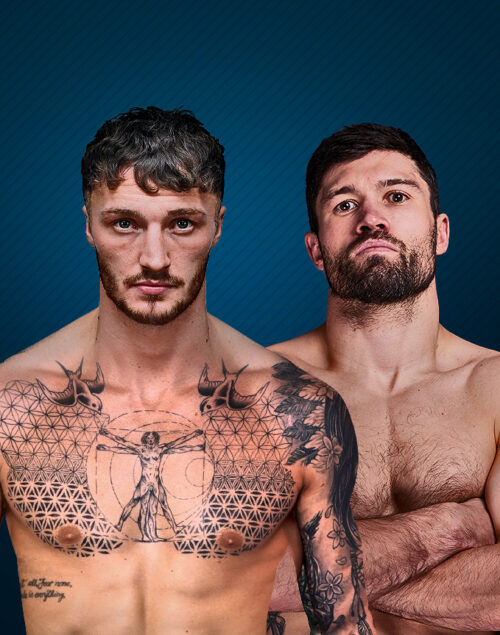 Remind me
The 02, London

PARKER VS RYDER ALL SET FOR 26 NOVEMBER AT THE 02

THE WBO INTERIM super middleweight world championship will be on the line when Zach Parker takes on John Ryder at The 02 on Saturday November 26 in what should be a thrilling domestic collision, live on BT Sport.

Parker, the super middleweight destroyer from Derby, was originally set to fight Demetrius Andrade for the Interim title before the American withdrew from the running and next in line is North Londoner Ryder, who Parker has previously expressed a keen willingness to fight in what is a major all-British clash.

Parker (22-0, 16 KOs) has blasted out all before him since teaming up with Frank Warren and Queensberry, scoring brutal knockouts victories over Vaughn Alexander, Sherzod Khusanov and Marcus Morrison – three men who had not previously been stopped.

Now the 28-year-old goes up against the Islington ‘Gorilla’ in Ryder (31-5, 17), who has been in a formidable run of form at super middleweight, beating Daniel Jacobs last time out in February and who many observers felt edged Callum Smith in a world title challenge in November 2019.

A bumper card at the Greenwich venue will also see the unbeaten middleweight star Hamzah Sheeraz (16-0, 12) defend his WBC Silver title for a first time, having seized the belt in his second fight at 160lbs against Francisco Emanuel Torres in July.

Pierce O’Leary (10-0, 6), the super lightweight banger from Dublin, will have his second fight under the Queensberry banner and will challenge for the vacant WBC International championship.

Sam Noakes (9-0, 9), who is returning from a hand injury, will challenge for the vacant Commonwealth lightweight title against the unbeaten Scot Calvin McCord (11-0, 2) as he bids to make it a perfect 10, with 10 fights and 10 KOs.

“We have got a cracking show lined up for The 02, headlined by what should be an absolute stormer between our man Zach Parker and the highly respected John Ryder for the WBO Interim world title at super middleweight,” said promoter Frank Warren.

“We were expecting Zach to come up against Demetrius Andrade, but with Andrade having pulled out for the second time, now it gives us a bigger domestic clash against the no.2 contender, Ryder. The winner will be the mandatory for when Canelo Alvarez is forced back into action at super middleweight, or elects to vacate his belts.

“Future world champions – in my book – Hamzah Sheeraz and Pierce O’Leary, will be in big fights and our top young prospects Dennis McCann and Sam Noakes are again in title action against highly competitive opponents who will give them their toughest tests to date.”

Tickets for Zach Parker vs John Ryder for the WBO Interim Super-Middleweight Championship at The O2 go on general sale at noon on Wednesday, 26 October from axs.com.

FANS WISHING TO purchase tickets to Parker vs Ryder on November 26th are encouraged to sign-up for Queensberry Promotions exclusive Ticket Alerts to receive information about the big fight and the direct ticketing link ahead of the tickets going on sale.