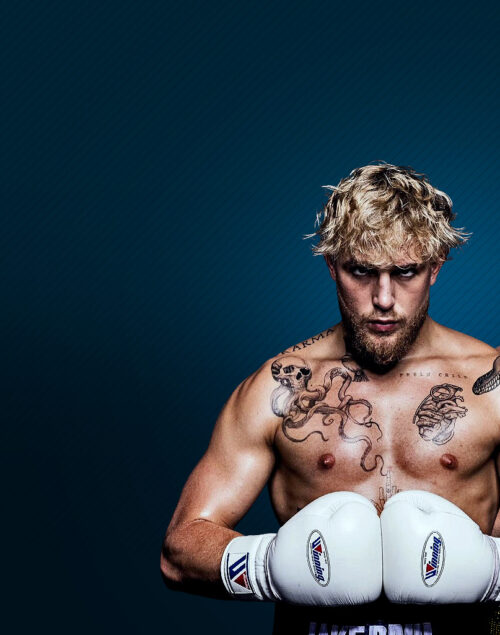 Paul And Fury Put Their Undefeated Pro Boxing Records on the Line
Live at Amalie Arena in Tampa, Fla.

NEW YORK (OCTOBER 29, 2021) – International super star Jake “The Problem Child” Paul will face undefeated professional boxer and U.K. reality TV star Tommy “TNT” Fury in a sanctioned eight-round cruiserweight bout after months of heated back-and-forth between the two men. Paul and Fury will headline a SHOWTIME PPV event on Saturday, December 18 at the Amalie Arena in Tampa, Fla. The main event bout will be contested at a 192-pound catchweight, as Paul continues to challenge himself and deliver on his promise to disrupt the combat sports industry.

On the heels of an impressive performance against former mixed martial arts world champion Tyron Woodley in August, Paul looks forward to his fifth professional boxing match as he takes a sizable step up in competition and puts his undefeated record on the line. Paul, the social media sensation, has garnered unprecedented attention for a young boxer since he entered the ring against NBA star Nate Robinson and defeated him with a show-stopping knockout that made headlines around the world. Paul is now taking the next step in his young career as he goes after Love Island reality TV star Fury, the younger brother of WBC Heavyweight World Champion Tyson Fury.

Paul and Fury will meet for the first time since their fight was announced on Saturday, November 6 in Las Vegas and will make an additional appearance in Tampa on Monday, November 8. More details on both events to follow.

Titled #PaulFury: One Will Fall, the event is produced and presented by Most Valuable Promotions and SHOWTIME PPV and promoted in association with Tony Holden Productions. The pay-per-view telecast begins live at 9 p.m. ET/6 p.m. PT and is produced and distributed by SHOWTIME PPV and it will feature other exciting high-stakes, professional boxing matches which will be announced in the coming weeks.

Tickets for the live event will be available for purchase on Wednesday, November 10, at www.amaliearena.com.

The 24-year-old Paul (4-0, 3 KOs) is a world-renowned content creator. He began his professional boxing journey in January 2020 and has proven to be an influential participant in the sport’s landscape with his outsized personality and quickly developing skill set. The Cleveland-native is fighting out of Puerto Rico under the eye of former boxing cruiserweight contender and world title challenger B.J. Flores, who has been training Paul from his first professional fight. After knocking out British YouTube star AnEsonGib in his debut and defeating Robinson with a knockout heard around the world, Paul made quick work of former MMA champion Ben Askren in April with a first-round knockout. The win over Askren was Paul’s first victory over a seasoned professional fighter and he followed it up with an impressive performance against Woodley, arguably his most dangerous opponent to date.

“I started my professional boxing career less than two years ago on January 30th, 2020. Four fights, three pay-per-views, two as the headliner, and one sold-out arena, I’m looking forward to my toughest challenge yet and continuing to prove the critics wrong,” said Paul. “Fight a real boxer they’ve said, and that is exactly what I’m doing. An undefeated boxer from the legendary Fury bloodline. However, this one is more than just boxing for me. It’s for America and showing the world there is no other country that gives you the opportunity to achieve whatever you set your mind to. It’s for every young person who has a dream and dedicates their life to achieving it. On December 18th I’m continuing to fulfill my dreams and turning a Fury into a Fumbles.”

Fighting out of Manchester, England, Fury started boxing at 12 years old. With 12 amateur bouts, he won two regional titles and reached the U.K. national final in 2016. Fury’s first professional fight came in 2018, a win by decision. From there he proceeded to knockout or TKO his next four opponents and put the boxing world on notice. He has fought three times in 2021, including his U.S. debut on Paul’s undercard in August, where the 22-year-old earned his seventh victory against Anthony Taylor. Paul is clearly facing his biggest challenge to date in the undefeated Fury (7-0, 4 KOs), who comes from a renowned family of boxers and has been trained by British star Ricky Hatton.

“Jake Paul is about to learn a serious life lesson. This is my world, and he doesn’t belong here,” said Fury. “I’m not one of these MMA men or basketball players, I have been boxing my whole life. On December 18th I will show the world the difference between a YouTuber and a real fighting man. Thanks to my promoter Frank Warren, Most Valuable Promotions and Showtime for giving me the opportunity to shut this clown up once and for all.”

#PaulFury: One Will Fall is the second live sporting event co-produced by Most Valuable Promotions, a company founded by Paul and Nakisa Bidarian on the premise that content is king, and fighters are the content creators in combat sports. Paul and Bidarian serve as Executive Producers of the #PaulFury event.