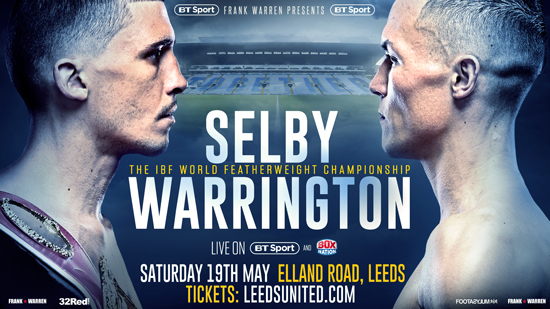 Lee Selby will make the fifth defence of his IBF World Featherweight Championship against Mandatory Challenger Josh Warrington at the home of Leeds United, Elland Road on Saturday 19th May, live and exclusive on BT Sport and BoxNation.

The Barry stylist and Warrington have been embroiled in a long-running rivalry, with Selby accusing the Yorkshireman of ‘bottling’ an opportunity to face him in 2016. But now the bitter foes will settle their feud once and for all in the first ever World Title fight to be held in Leeds.

Welshman Selby (26-1, 9 KO’s) claimed the IBF Featherweight crown against Russia’s Evgeny Gradovich in 2015 and will be defending his belt on away soil for the fifth time when he steps into the lion’s den on May 19th.

“With the support of an entire city behind me I’m going to create history. I’m going to give absolutely everything to get my hands on that World Title. I’m grabbing this opportunity with both hands!”

“Fighting away from home in his backyard doesn’t bother me in the slightest,” said Selby. “This is a huge fight and it makes sense to take it to a football stadium. There will be tens of thousands of his fans backing him on May 19th but it’s only me and him in the ring. 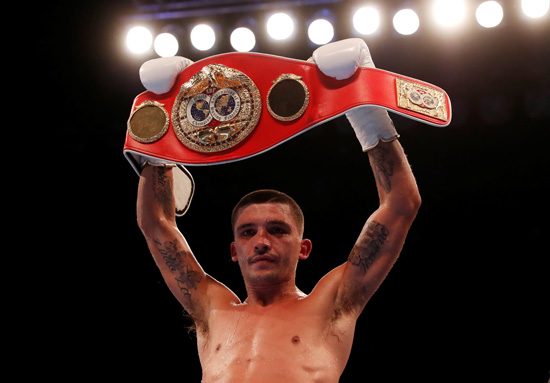 “Let’s see what Josh is really made of. He’s done everything that has been asked of him and he’s earned his shot at my World Title. Josh is standing in the way of my opportunity at joining the boxing elite. I’m going to thrive off the hostile atmosphere.”

Promoter Frank Warren said: “I’m delighted that we can finally announce Elland Road as the venue for Lee Selby vs. Josh Warrington. I’d like to thank the Leeds United owner Andrea Radrizzani for making this all possible.

“May 19th is going to be a huge event for the city of Leeds and I know that they will turn out in their thousands to back one of their own. This fight has been in the making for years and Elland Road is a fitting venue for it.”

“This is a fight that has all the ingredients of a classic. It’s the one that we’ve all been waiting for and on May 19th the pair of them will have the opportunity to settle their feud once and for all.”

Angus Kinnear, Leeds United Managing Director, added: “We are delighted to host Josh Warrington’s World Title fight. Josh is very much a part of the Leeds United family and we are proud to be able to help him fulfil his ambition to fight at Elland Road. We are also very pleased to add the fight to the growing number of high profile sporting events happening at our iconic home in 2018.”

General sale tickets for the blockbuster all-British IBF Featherweight World Championship showdown between Lee Selby and Josh Warrington at Elland Road on Saturday 19th May are now available to purchase!

It’s the first time that Elland Road has staged a World Title Boxing fight and the event will be one of the biggest sporting occasions in Yorkshire this Summer.

Tickets will be available to purchase online via the club’s official website www.leedsunited.com and via the Leeds United Ticket Office on 0371 334 1992.