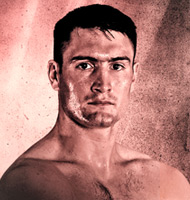 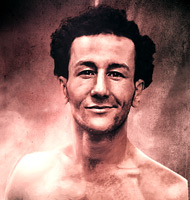 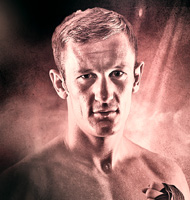 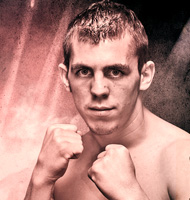 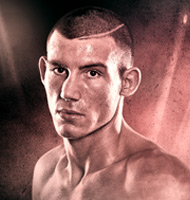 When Flanagan stopped American challenger Diego Magdaleno in a hail of punches back in October 2015 during the maiden defence of his WBO World Lightweight title, it had taken the Manchester southpaw under six minutes to prove his world class credentials.

Then in March the Steve Maylett trained star retained his WBO crown with a wide points decision over tough as nails Liverpool veteran Derry Mathews in an absorbing arm wrestle of a fight in front of a packed-out Liverpool Echo Arena.

Last time out at the Ice Arena Wales Flanagan successfully made the third defence of his World title against the experienced and tricky Mzonke Fana. South Africa’s Fana provided Flanagan with a stern test but the Ancoats man came away with a unanimous decision win.

Cruz, 35, fought for Puerto Rico at the Sydney Olympics in 2000 and ran undefeated for a full nine years before losing to America’s Cornelius Lock by TKO in 2009. During a glittering career Cruz has held the WBO Latino Featherweight and WBO NABO Super-Featherweight titles.

In 2013 Cruz had the opportunity to become the first openly gay World Champion when he challenged Orlando Salido for the Vacant WBO World Featherweight title at the Thomas and Mack Centre in Las Vegas. But he fell short in his first challenge at the highest level as he was out-gunned and overpowered by Salido who was crowned Champion for the third time. Salido went on to beat pound-for-pound Featherweight star Vasyl Lomachenko in his next fight at the Alamodome in Texas.

Undefeated in 31 professional outings, all-action ‘Turbo’ is determined to overcome his latest challenger before setting his sights on a mega-fight in early 2017.

“I’m excited to get out there again and put in a big performance before getting the blockbuster fights that Frank has promised me next year,” said Flanagan. “Last time I fought in Cardiff I wasn’t happy with how I boxed so it will be good to show the Welsh fans that I’m a lot better than I showed against Fana.

“Frank’s delivered everything he promised. He got me a British title, a WBO European title and a WBO World title; I got the opportunity to defend it in my own town and then defend it in someone else’s back yard. I know I’m the best Lightweight in the division and I’m looking to get these big fights to prove it.

“I do what I need to get the win but if I feel the stoppage is there I’ll go for it. Cruz is a strong fighter and very dangerous and more than capable of causing an upset. I’m out to prove a point and show everyone that I’m world class. Linares in seen as number one in the division after beating Crolla and it would be good to get that fight and do something that Crolla couldn’t do to prove I’m the best around.”