AN OPEN LETTER TO ‘FRAUDLEY’ AUDLEY 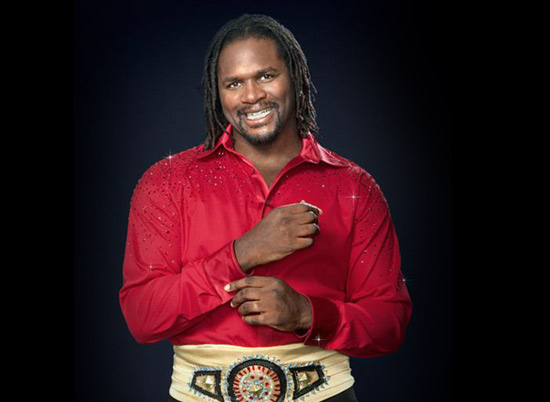 Over the weekend, the man who once liked to be referred to as A-Force – although Spent-Force would have been more appropriate – in his wisdom chose to pen an online letter to Chris Eubank congratulating him on his recent link-up with ITV.

Yup, good old Audley Harrison – remember him? – attempted to place himself back in the public domain with a few carelessly chosen words of advice to the Eubanks ahead of their reckless plunge into the world of pay-per-view in early February.

Audley, of course, knows all about pay-per-view, because it was him who put the mockers on it with his limp display against David Haye that led to Sky calling time on the concept.

Seeing as Audley saw fit to mention my name in this moronic missive, I feel it is only right to respectfully reply and respond to all the wrongs he believes have been inflicted upon him.

I am afraid your memory – like many of your opponents – must be playing tricks on you.
You got it all wrong as a fighter and now you are doing the same in print as a heavyweight has-been. Or never-was.

In your astonishingly misconceived missive to the Eubanks you claim your ‘redemption’ against Danny Williams in December 2006 as being tarnished by the fact that it tied you into a long-term promotional contract with your ‘nemisis’, namely me.

I find this strange because there was nothing long-term about it and there never was in any subsequent agreements we reached. The reason for this? You kept on losing.

If you remember correctly, you actually came to me in 2005 – when the BBC finally tired of the dross you were serving up to a prime time terrestrial audience – for a fight against Williams and signed a contract accordingly.

When Williams beat you, that contract was null and void. Done with.

You went off to the States, losing to Dominick Guinn, before winning against another opponent with a losing record. You then came back to me asking for a rematch with Williams, signing another contract and winning the fight.

Three months later, you will recall, you fought Michael Sprott at Wembley and got knocked out in three rounds. End of contract with me.

All a far cry from being ‘tied in’, wouldn’t you say?

You suggest I couldn’t believe or accept that you pulled off your deal with the BBC, going on to say the institutions that govern England are skewed against black power or control.

Let’s be clear here Audley, myself along with probably every other fan of the sport was delighted when the BBC jumped into bed with boxing – the same as now with ITV returning to the fold.

What I did have an issue with was what was being served up dragging the sport on a downward spiral – and it did. It probably turned a large percentage of the public against boxing for good and we all know the BBC haven’t touched it since.

The bottom line is that nobody screwed up your BBC deal for you other than yourself.

You entered the professional arena on the back of a magnificent achievement in winning gold in Sydney and, with your personality, it looked for all the world like a sure-fire winner.

The trouble was people quickly tired of you hand-picking a succession of nobodies to knock over.

I know full well the necessity of learning your trade, but you were selling these as the main event supported by awful undercards.

People stopped buying into it, crowds were low and the BBC were getting a lot of flak over their substantial investment of public money.

The Beeb ran the closing credits on your very own dope opera and it was all your own doing. The sport of boxing has paid the price of the BBC no longer being a player in the market ever since.

By the way, I do hope for your sake you are not including me in your rhetoric about institutional racism. Please clarify because if there is one sector of society that does not ever deserve to be tarnished by such a claim it is the boxing fraternity.

I await your reply.

In the meantime, let’s get back to refreshing your memory on all these long-term contracts we were supposed to have locked you into.

Do you remember the other deal we signed in 2008 when you came back to me again and I gave you the opportunity to fight Martin Rogan? That must’ve been another ball-buster because that expired after another defeat.

If it hadn’t of done you wouldn’t have somehow got yourself in position to fight David Haye on pay-per-view. Perhaps the least said about that the better, but you managed to put an end to PPV at the time, which resulted in our parting from Sky.

Perhaps we should give you some credit though as without you BoxNation might never have been born. So, in hindsight, I should thank you for that.

However, to make me out to be some sort of modern day slave master is pushing it even by your standards.

I have had a flick through our correspondence over the years – you might like to do the same – and it is noticeable that the vast majority are from you to me asking me to make fights for you. I am happy to make these public if you wish.

Here is an excerpt from one in December 2008 that goes ‘Anyway, it is all irrelevant. I expect you to release me from my contract and call it a day with me, which I can’t say I blame you for’.

You will recall that is exactly what I did.

You might also remember coming on to me in 2009 asking for my help with an insurance company after you had been involved in a car crash and asking for copies of contracts.

It is at times like this that I am happy that I always keep a paper trail of my dealings with people because time clearly can be a great twister when it comes to the truth.

Despite everything, you still came back to me again in 2012 and 2013 requesting another opportunity. Last Chance Saloon was already closed for business by this point.

The architect of your downfall was you, Audley, not me or anybody else in boxing.

You had your big chance on the BBC, but blew it and the advice you should be imparting to the Eubanks is not to make the same mistakes you did.

We don’t want history repeating itself. If ITV want longevity in the sport they need quality control and you don’t tend to get that with a boxer picking his own opponents.

In conclusion, I suggest you stop attempting to rewrite history. You had your big contract and, for want of a better term, you completely f**ked it up because, as good as an amateur as you were, you were a carnage on canvas in the pros.

Wish you every success for the future.