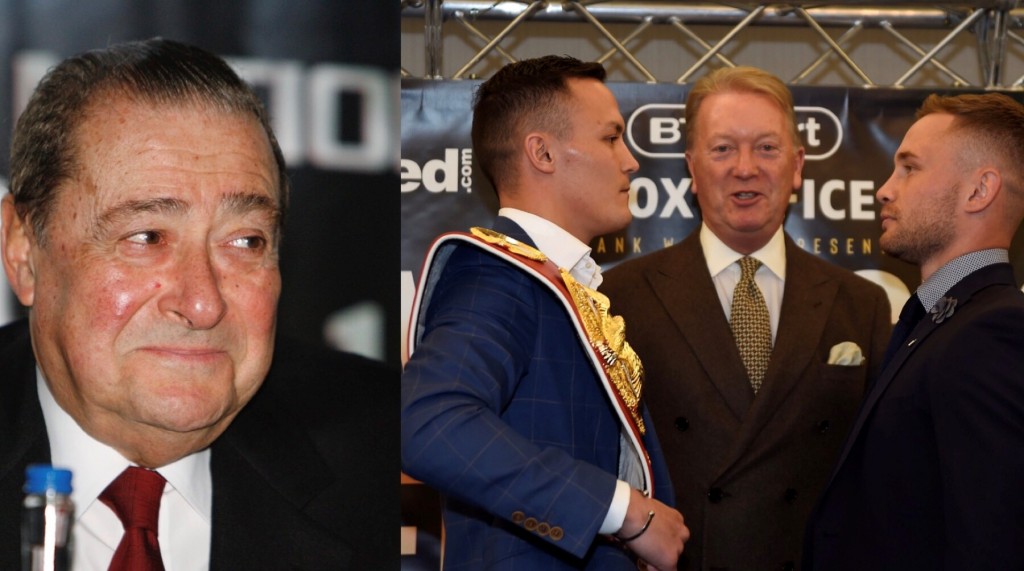 Warrington’s first defence of his IBF featherweight title at Manchester Arena on December 22 is tipped by many experts to be a classic battle.

Arum has a huge interest in the fight and is in talks with his friend and fellow promoter Frank Warren to match the winner against his WBO champion, Oscar Valdez next year in a unification.

Two-weight world champion Frampton (26-1) has been in brilliant form this year thrashing Nonito Donaire on points and stopping Luke Jackson.

Warrington (27-0) caused one of the biggest upsets of 2018 when he snatched his world crown from Lee Selby in May, in front of 25,000  hometown fans in Leeds.

So it’s easy to see why Arum expects the BT Sport Box Office clash to deliver for the expected 20,000 fans packed into the arena and armchair viewers.

Arum said: “We are looking forward to the Frampton-Warrington fight, which should be a real barnburner.

“Hopefully, we can match the winner with WBO featherweight champion Oscar Valdez in the spring or summer of 2019.”

Arum is expected to be ringside sitting alongside Warren in Manchester to see his unbeaten featherweight prospect Michael Conlan box.

Conlan (9-0) is a close to his fellow Belfast boxer, Frampton and the pair insist they will never fight each other, but he is a possible future rival for Warrington.

Arum added: ”The addition of Mick Conlan to the card makes it a very attractive presentation on ESPN+ here in the States.”