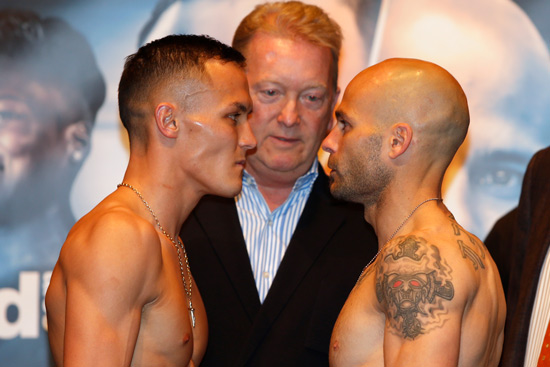 Unlike several other major UK cities – London, Manchester, Liverpool, Glasgow and Belfast – Leeds could never claim to be a sizzling hotbed of big-time boxing.

But that is about to change now with the advent of Saturday night’s spectacular show at the FD Arena with two immensely popular home-brewed stars on parade who are about to help their native city to join the fistic elite.

With burgeoning talent in and around the area now being corralled by Frank Warren and his Queensberry team and beamed into homes by the TV union of BT and BoxNation, Leeds very definitely will find itself on Britain’s boxing map and it would not surprise me to see a world title fight or two hosted there in the very near future.

For Between them the dynamic duo Josh Warrington and Nicola Adams form the basis of a tremendous future for major boxing in what is one of the nation’s most thriving sporting cities.

Apart from Josh and Nicola, among other boxing luminaries who were bred in Leeds are the most athletic of referees, Mickey Vann, once a circus artiste, Henry Thornton, Crawford Ashley, Tom Collins, Alan Richardson and Carl Johnneson, who defeated Ricky Burns at the Town Hall in 2007 to retain his British Super-Featherweight title.

In Nicola, the golden history girl, Leeds now has a famous fighting daughter, but before Warrington came along its most illustrious fighting son was arguably Henry Wharton. 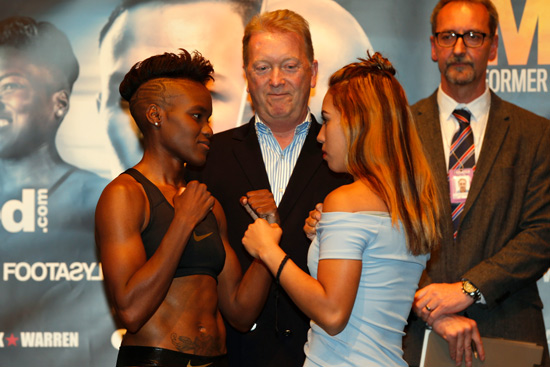 Blond, handsome and rugged, the Leeds born Traveller had the misfortune to operate in a golden era of British Super-Middleweight talent. Though shy and unassuming beyond the ropes, his home-based   slugging brought 20 quick wins in 31 pro fights and like current contemporaries Tyson Fury and Billy Joe Saunders, made him hugely popular with fellow Travellers.

But while Hammering Henry was good enough to win Commonwealth, British and European 12 stone titles – beating the likes of Fidel Castro Smith, Mauro Galvano and Vincinzo Nardiello en route – he wasn’t quite good enough to overcome Nigel Benn, Chris Eubank or Robin Reid, who all beat him on points in world title spats during the mid 90s.

The first recorded boxing in Leeds, or bare-knuckle fighting as it was then, can be traced back to the 1830s with local prizefighter Bill Riley regularly pocketing for purses of up to £50.

During the early 1890’s regular boxing shows were held at a stable in the Briggate part of the city centre, then before the turn of the century boxing fans saw regular shows at the Leeds County Athletic club in Harrison Street and during 1903 the Jewish Athletic Club based in Sheepscar Street began hosting events.

The 1960s saw many great boxing nights at the Town Hall when the Leeds Jewish Sportsmen’s Committee held their Annual Charity Tournament there.

The 1980s and 90s were boom times for the boxing fans of Leeds with its only ever world title fight taking place in May 1991 at the Town Hall when Tom Collins lost to Leonzer Barber for the WBO Light-Heavyweight title. Despite this defeat Tom went on to create his place in the boxing history of Leeds after winning the British Light-Heavyweight title on 3 occasions. As Collins’ career ended it was the turn of Wharton and Ashley to keep the Leeds flag flying as both won British, Commonwealth and European Titles, Wharton at Super-Middleweight and Ashley at light-heavyweight.

However perhaps the most famous – or infamous – episode in Leeds boxing came on the night of May 11, 1962 when the sublime Welsh featherweight Howard Winstone, the finest and most popular fighter in the land at the time, had his unbeaten 34-fight streak ended by a stunning second-round defeat against American journeyman Leroy Jeffrey.

He was caught cold by a left hook, floored twice in the second round and stopped. It was one of the biggest upsets ever in British boxing.

I was there when the late Winstone, whose dazzling left hand had made boxing into an art form, was consoled by the great Sugar Ray Robinson, who had boxed an exhibition that same night. “A great fellow, really sympathetic,” Winstone recalled later,. “Told me I’d get over it and not to worry.”

As for Jeffrey, he had one more fight – losing to another Yorkshireman, Billy Calvert, before disappearing into obscurity.

No doubt both the current home-town hero Warrington, who his making his fifth appearance on the trot the FD Arena and heroine Adams, who last boxed in Leeds as a 13-year-old schoolgirl 20 years ago, will make sure that, unlike the hapless Winstone, they don’t take anything for granted – and forget to duck!.