BACK TO BELFAST WITH A BANG 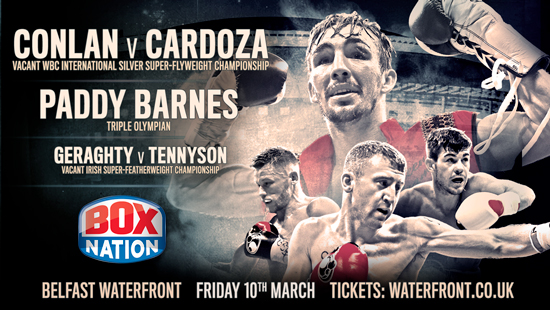 Jamie Conlan will be fighting to make the world championship cut tonight when he takes on the rugged Nicaraguaran Yader Cardoza in Belfast, with his prize of a final eliminator for the WBO super flyweight title looming ever closer.

It is cuts, however, that he needs to avoid when he gets to work at the Waterfront Hall in front of the BoxNation cameras. Jamie does have a tendency to get drawn into a tear-up, so he needs to box smart and make sure he remains in good nick for when the stakes are higher in the coming months.

He also needs to make sure his features continue to bear a resemblance to his passport picture if he wants to be granted entry to New York next week to watch his brother Michael make his professional debut on Friday night.

Otherwise he will end up watching it live and exclusive on BoxNation like the rest of us.

It would be true to say Jamie is a fan-friendly fighter because he is rarely involved in a boring fight and certainly provides value for money.

Cardoza isn’t coming to simply make up the numbers so I am expecting another barnstormer, but he cannot afford to slip up.

We are currently in negotiations over his final eliminator shot, so hopefully we will soon have him in pole position.

A night of boxing in Belfast is always a special occasion, a place where the knowledgeable and passionate fans really get behind their boys and create quite an atmosphere.

There are a couple of match-ups tonight that should really raise the roof. The vacant Irish super featherweight title contested between Declan Geraghty and James Tennyson is one that falls in the ‘not to be missed’ category.

Geraghty, with only one blemish on his record following an unfortunate disqualification, is making big strides, but he is up against a big banger in Tennyson.

The 23-year-old came up short in his mandatory challenge for the British featherweight title held by Ryan Walsh at the Copper Box last year, but there is no doubt he will be better for the experience and he clearly possesses the talent.

An O will, in all likelihood, have to go when the exciting welterweight Tyrone McKenna fights for Belfast pride against his Dublin opponent Jake Hanney.

McKenna was really impressive last time out on our November show at the Titanic Exhibition Centre when the 6ft 1″ southpaw blasted out the unbeaten Sean Creagh in the fifth round.

If he manages a repeat performance tonight then title challenges will be firmly on the horizon.

Through no fault of his own, Paddy Barnes made something of a false start when making his pro debut in November. His opponent got his sports mixed up and ventured into wresting, for which he was rightly thrown out in the fourth round.

Tonight Paddy will face Adrian Garzon from Argentina who, in his last three fights, has faced both Jamie Conlan and Kevin Satchell. Jamie stopped him in four with Kevin going the distance, so I would imagine an improvement on Jamie’s outcome will be the objective for the popular Paddy.

Kevin was due to feature on tonight’s bill, but has unfortunately suffered an injury, which we hope won’t hold him up for too long as he too has a world championship final eliminator in the pipeline.

There is an injection of English interest on the card courtesy of Wembley man Gary Corcoran, who last year came off second best to Liam Williams in their British title battle in Cardiff.

Gary has opted to dip his toes in the welterweight waters for now, but a return with Williams, I suspect, will not stray far from his thoughts.

He could end up making a good go of it at the lighter weight as he was never a big super welterweight and made the 154lbs limit with ease, bearing in mind his walk around weight barely went north of 160.

If it works out for him, he will be an interesting addition to the welterweight scene.

Philip Sutcliffe Jnr is another who needs to get the job done tonight because he has got a big date in the diary. A challenge for the IBF Intercontinental super lightweight title against the unbeaten Josh Leather is on the cards for our big show in Leeds on May 13, so there can be no slip ups from the 21-1 Dubliner.

In closing, I would like to wish welterweight Lewis Crocker all the best for his debut and the same to middleweight Troy Williamson, who makes his first appearance since signing up with us to fight on the BoxNation-BT Sport platform.

I was saddened to hear of the passing of the great trainer-manager Lou Duva this week, at the age of 94.

Lou, with his near 70 years in the game, was a proper old school boxing man and will be missed by all who knew him.

His work was recognised by his induction into the International Boxing Hall of Fame, an honour which resulted from his involvement with some 17 world title holders, including f Evander Holyfield, Pernell Whitaker, Tyrell Biggs and Mike McCallum.

To my mind, Lou was one of the great icons of boxing, a man who stood for no nonsense and was always in there fighting for his fighters. Sometimes literally!

There was the famous occasion at Caesars Palace in 1988 when he was in the corner of the legendary Vinny Pazienza who was fighting Floyd Mayweather’s jnr’s uncle, Roger Mayweather.

During the bout Lou protested that Mayweather was repeatedly head-butting and when he was awarded the decision he flew across the ring towards him. Mayweather thought Lou was going to assault him so he threw a punch which caught the the 64-year-old year old flush on the chin, and floored him.

At the press conference afterwards Lou sat rubbing his swollen jaw and mumbled: “What is it with fighters these days – punching old men!”

The great American scribe Ed Schuyler, doyen of the Associated Press, immediately quipped “Stop bellyaching Lou. Until the knockdown I had you ahead!”

Dear old Lou was one of the sport’s great characters, who knew the game inside out and was universally well respected in the business.

I send my condolences to his son Dino and the rest of the family.

There was good news on the fighting front this week with Tyson Fury revealing his intention to glove up again via a couple of posts on social media. 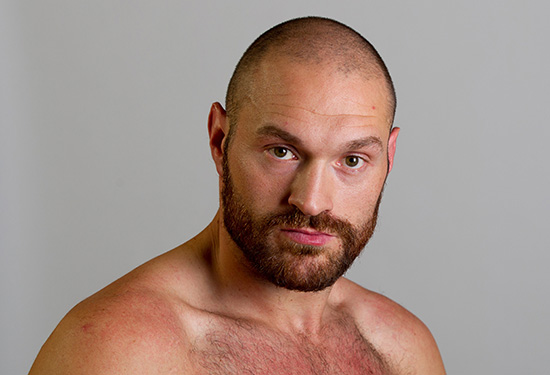 That Tyson is conquering the demons that led him to relinquishing his world titles is the main thing and his eagerness to make a return to the ring is a hugely positive sign.

He still has a couple of hurdles to clear with the authorities before he can officially be given the green light to fight again and his nominated date in May might be a little optimistic, but once the remaining issues are resolved there is no reason why he shouldn’t set about reclaiming his heavyweight crowns.

The focus of his trainer Peter will rightly be directed towards his son Hughie in coming weeks, ahead of his WBO world title challenge against Joseph Parker on May 6, but I am sure being around Hughie’s camp will provide Tyson with further stimulation to get back to where he belongs.

The fact he is back in training and working towards a return at some point in the coming months is good news for him and boxing fans.

BoxNation viewers are in for a treat in the coming weeks and months as our schedule goes from strength to strength.

Last week we added the debut of Michael Conlan on March 17 to our fight guide, along with the big one from Madison Square Garden the following night.

Myself and Billy Joe Saunders will be ringside for the middleweight unification between the multi-belted Gennady Golovkin and the WBA regular champion Daniel Jacobs. 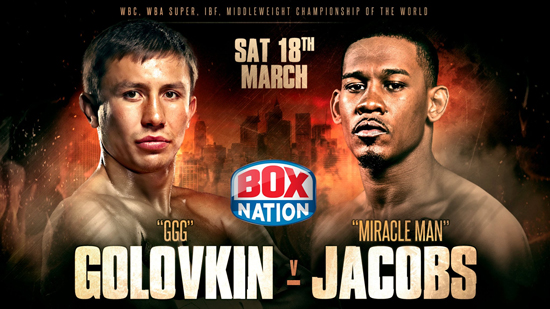 It should be quite a night and, while I would expect Golovkin to prevail, you can’t write off the chance of Jacobs because he can whack, no doubt about that.

Bill’s next move will become clearer when the arm of the winner is raised in New York.