BACK WITH A BANG IN LEICESTER 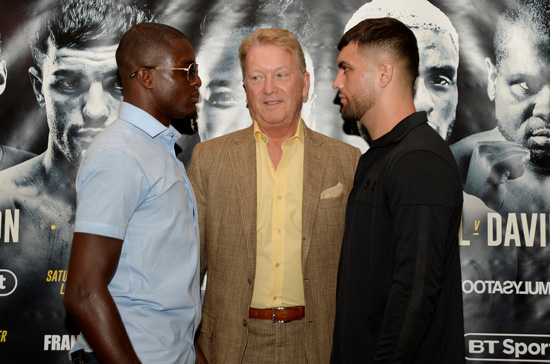 WHEN WE FIRST promoted a show at the recently opened Leicester Arena in April of last year, it proved to be a fantastic experience for fans and fighters alike.

It is a smashing little venue where the fans get a tremendous view of the action and the atmosphere inside the arena inspired the fighters to deliver some proper tear-ups on the night – not least the memorable first clash between Darryll Williams and Jahmaine Smyle.

It is why I had no hesitation in booking the Leicester Arena for an absolute humdinger of a show on October 6 where tickets will doubtless be at a premium when you consider the fights that have been put together for the card, which you can also see live on BT Sport.

Jack Catterall v Ohara Davies is a classic waiting to happen. The highly-ranked pair could have easily elected to sit tight and wait for world title opportunities to come along, but they both want to be part of memorable domestic dust-ups and this one has got all the ingredients.

There is also a strong local flavour to the card with home favourite Lyon Woodstock taking on the also unbeaten Archie Sharp in what should be another barnstorming affair.

The two of them have been going at it over social media and now they get to do it for real as we set about establishing a pecking order of our richly talented super featherweights.

This is another reason why I am delighted to bring the current British champion Sam Bowen on board, who will also enjoy a strong support on the night with him hailing from nearby Ibstock in Leicestershire.

Everything you hear about Sam tells you he is one of the finest young boxers in the country and one who believes he has been avoided by the other contenders in the division.

If that has been the case then we will put a stop to that and deliver him the fights he wants to quickly progress his career. He will defend his British title on October 6 and then if it is domestic battles he wants, he is in the right place.

Fights against Woodstock, Sharp, Zelfa Barrett or Jono Carroll are all there to be made and I would happily put them together if it is what the fans want to see.

Also on the Leicester card, Daniel Dubois will have his ninth professional fight against the hugely experienced Kevin Johnson. The American has been in with the best of them since stepping up to challenge for the WBC world heavyweight title against Vitali Klitschko in late 2009.

Tyson Fury, Christian Hammer, Dereck Chisora, Manuel Charr, Anthony Joshua, Kubrat Pulev and Andy Ruiz jr all feature on his record, with only Joshua out of those forcing a stoppage.

Joshua took him on in his 13th fight at the age of 26 with a wealth of amateur experience under his belt. Daniel is stepping up just after his 21st birthday and is progressing at an incredible rate bearing in mind his age and limited experience. 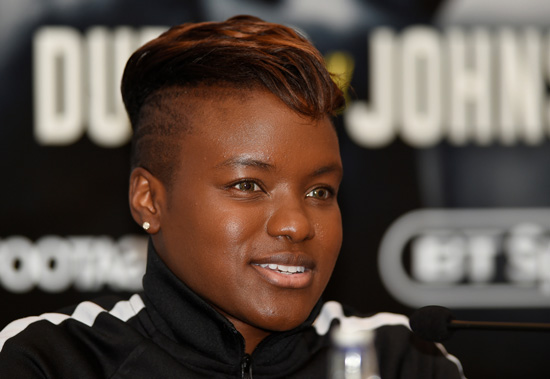 Topping off our night in Leicester is our Golden Girl Nicola Adams, who is also on the fast track towards professional stardom. In just her fifth fight Nicola will challenge for world honours and I am sure it will be the first of a multitude of titles for the two-time Olympic gold medallist.

Nicola is now training with Dominic Ingle in Sheffield so we will be seeing a lot more of the sport’s leading lady, which can only be a good thing as she nears the pinnacle of the pro game.

THERE WERE SOME typically selective recollections from my Matchroom counterpart Eddie Hearn in the Telegraph on Saturday where he regaled us with yet another version of how he saved the sport from oblivion in this country.

Boxing was dead ten years ago, he informed, because it was taking place in leisure centres with banks of empty seats and basketball hoops on the wall. Then along came Eddie with Sweet Caroline and the people are singing and cheering.

That is the gist of it anyway.

Well, looking back, our promotions ten years ago were far from exclusive to leisure centres. Even though the Hatton-Calzaghe era had drawn to a conclusion, we were putting on shows at venues such as the ExCel Arena in Docklands, the then named MEN Arena in Manchester, the National Indoor Arena in Birmingham, the Bolton Arena, the Indoor Arena in Cardiff and the 02 Arena.

I don’t remember too many basketball hoops as we successfully promoted Amir Khan towards a world title at the time, or packing out the 02 for the blockbuster between David Haye and Enzo Maccarinelli. At the same time we were launching the professional careers of the likes of Tony Bellew, Nathan Cleverly, the Smith brothers, Kevin Mitchell, Dereck Chisora, James DeGale, Liam Walsh and many others, while also steering Ricky Burns towards becoming a world champion.

The fallow period coincided with Hearn’s own foray into the pay-per-view market with the box office mismatch between Haye and Audley Harrison. This resulted in Sky withdrawing from the concept that Hearn now so depends upon in the UK while attempting to bring about its demise in the US.

It was the reason I stepped away from Sky and set about launching BoxNation, where we quickly got down to business putting on fights such as Bellew-Cleverly, DeGale-Groves and Haye-Chisora. Plenty of hoopla around those fights, but no hoops.

The rest, as they say, is history, which I am sure will continue to be rewritten at every convenient opportunity.

HEARN WAS ALSO quick to write off the prospect of Tyson Fury stepping up after his next fight to take on the WBC heavyweight champion Deontay Wilder later in the year, suggesting he lacks the confidence to make such a bold move this early into his return. 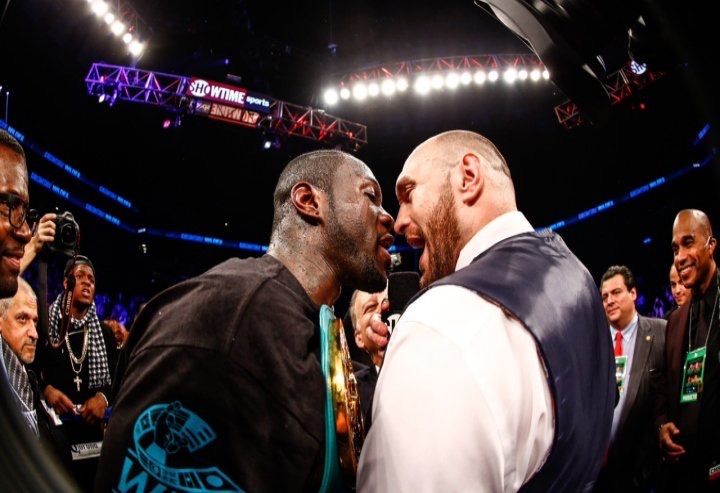 Well, it is very close to happening. Tyson actually wants to fight Wilder and not just talk about it and it is a bit of an irony that the man who claimed he wouldn’t sign Tyson because of low-level opposition is now rubbishing genuine negotiations over him stepping up to the plate.