Baker out to conquer light-heavyweight division

Chingford’s Tom Baker will make his debut in the light-heavyweight division on Friday 17th July as he targets the British title in his new weight class.

Tickets priced at £40 and £60 are available from Ticket Master at www.ticketmaster.co.uk

The 23-year-old talent has campaigned in the super-middleweight division since turning pro in June 2012, racking up a perfect 11-0 record and in his last fight captured the Southern Area title with a points win over Kevin Greenwood.

Baker is confident that he can become the main man in the domestic 175lbs before embarking on the world scene and beyond. 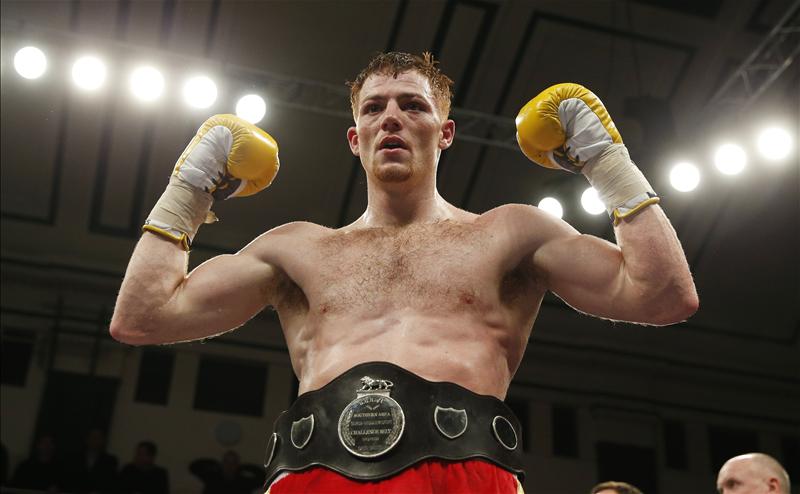 “I just outgrew the super-middleweights and it was getting harder to make the weight so I sat down with my Mark Tibbs and Frank Warren and we agreed the move up to light-heavyweight and I feel the benefits already,” Said Baker.

“I’m performing so much better in sparring, I can feel the strength a lot more, I’m punching harder and faster and everything feels perfect so I just can’t wait to put it into play on the 17th July at the York Hall,”

“I’ve got two fights at light-heavyweight then I’ll be looking at my first title, possibly an English title and then I see myself going for the British title next year.  There are a lot of good lads at this weight and I can’t wait to start proving myself against them,”

“I’m still only 23 and I see myself being based at light-heavyweight for a while yet, I definitely want to achieve my dream and win a British title and after that who knows?  I want to be the best in Britain and then I’m after Europe and the World.” 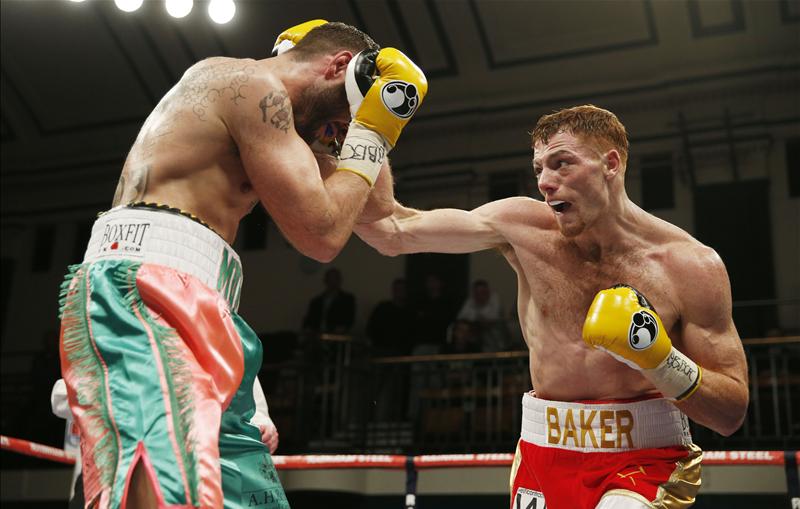 On the undercard Welsh showman Romeo Romaeo flips into action and steps up to eight rounds as he homes in on a first domestic title.  The flamboyant young prospect is unbeaten in seven and last time out stopped Michael Mooney inside five rounds.

“Release the Pig!”. Joe Pigford’s fanatical fans descend on the York Hall to support their icon as he continues his knockout run.  The explosive-punching Southampton star, who has halted seven out of eight opponents, goes in over six-rounds at light-middleweight and is within touching distance of his first title.

All-action lightweight Ediz Hussein, son of the legendary East End fighter and former Commonwealth Lightweight Champion Mo, features in six-rounder at lightweight as he looks to emulate his father and win a belt in the same weight division.

Two hot unbeaten Welsh prospects trained by Gary Lockett feature on the card: middleweight Alex Hughes returns to the York Hall and features in a four-round middleweight contest and flyweight Jay Harris goes in over six-rounds.

The British cruiserweight division has been put on red-alert with the entry into the professional ranks of Liverpool’s dynamite-punching John Gillies.  The former MMA, K1, Thai and Kickboxing fighter will make his explosive pro-debut in a four-round contest.

Finally completing the card will be 22-year-old Acton entertainer Prince Patel who will have his second pro fight and looks to show that he’s the real deal in the flyweights.  In March he only needed 90 seconds to destroy Patrik Kovacs to signal his arrival in the pros and aims to continue in that form.