Ban the beard in boxing – it leads to stubble trouble!

Beards are back in vogue, a fashion item seen among certain male elements of society. And now in boxing too. 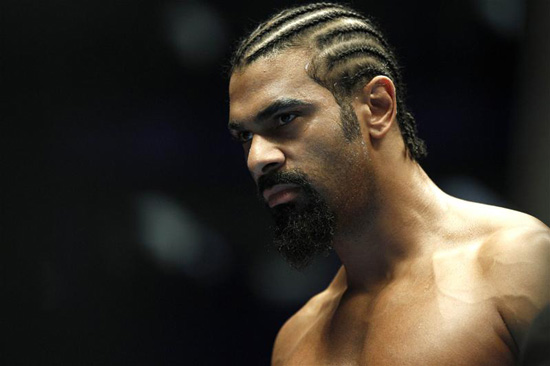 I have lost count of the number of bearded boxers I have seen in recent fights. The only rule with the Board is that the jaw line must be visible, but it seems that it’s not being as rigorously applied as it once was.

In fact a few days growth is allowed, but stubble is deemed more dangerous when it rubs into a cut.

I have always been opposed to an abundance of facial growth on fighters. Stubble leads to trouble.

The main reason beards used to be prohibited was because it was thought they cushion the impact of a punch.
With any opponent who fights one of my boxers always insist any beard is shaved off.

I did so when Jeff Lacy fought Joe Calzaghe and Tyson Fury first met Dereck Chisora – and Fury’s growth or the second bout was so abundant it was ordered to be removed by the Board of Control.

I recall that years ago the Board also insisted on the great Joe Frazier visiting the barber’s before he fought Joe Bugner.

These days they do not seem quite as strict judging from David Haye’s healthy growth of facial fuzz when he made his comeback against Mark de Mori.

In Europe and across the Atlantic they are even more lax. Jean Pascal looked a hairy monster when he encountered Sergey Kovalev in Montreal though as it turned out he was no bearded wonder!

Lamont Peterson, Roberto Duran, Robert Guerrero, Shannon Briggs, Manny Pacquiao and Keith Thurman are among members of the fight game’s hirsute brigade who have appeared in the ring looking in need of a severe trim.

Beards are strictly banned in Olympic boxing and by the ABA here as a health hazard, despite protests by Muslim and Sikh boxers who say this is part of their religion.

Yet I don’t recall Muhammad Ali, Naseem Hamed or Amir Khan fighting with one, nor our star of India, Vijender Singh.

I don’t mind a wispy trace of whiskers but anything more than that should not be allowed.

We don’t want fighters going into the ring looking like Methuselah – or even worse, Jeremy Corbyn!

What the boxing really needs is a few more young shavers.