BARRETT: “AFTER I BEAT CONWELL I’LL BE READY FOR ANYONE AND EVERYTHING” 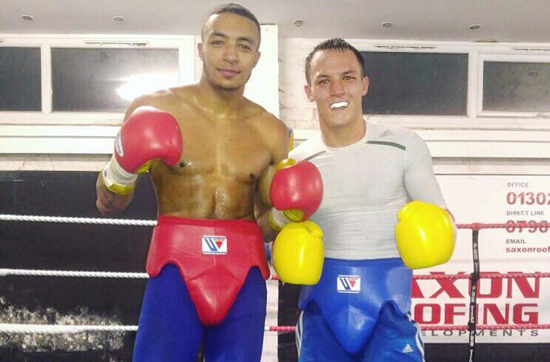 Zelfa Barrett returns on October 21st in Leeds to face Chris Conwell for the vacant English Super-Featherweight Title in Leeds, live on BT Sport and BoxNation.

Barrett has displayed some excellent recent form stopping eight of his last nine opponents, made all the more impressive considering he is an 18-fight novice with a lack of amateur experience.

Speaking at last month’s press conference, Barrett spoke about his opponent: “Chris [Conwell] is going to bring his A game but I believe in what I am going to do.

“I’ve had a lot of learning fights, they’ve been against very tough and durable opponents. After I beat Chris I will be ready for anyone and everything.”

‘Brown Flash’ picked up his nickname due to his connection with uncle Pat ‘Black Flash’ Barrett, a former British and European Champion. This, couple with his lightning fast hand speed. The Manchester talent has been training hard for the biggest bout in his professional career.

“I respect every fighter massively. I’d never underestimate anyone. I’m a smart man. Chris has a lot of heart and he trains hard. We are both from Manchester and we can both fight, there is a lot of pride on the line. I’m training like this is a World Title fight,” explained the 24-year-old. 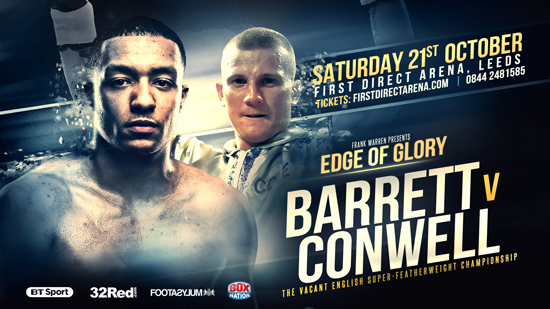