Batty Batman should take a tip from his fellow Travellers

Once again it was a refreshing to sit through a press conference given by WBO world middleweight title contestants Andy Lee and Billy Joe Saunders without the bad mouthing and bad behaviour that have bedevilled similar occasions involving certain less palatable fighters. 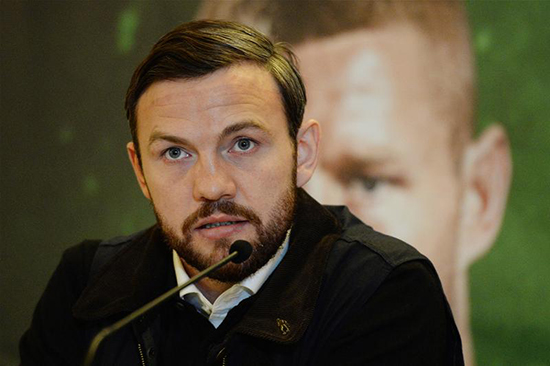 No slagging each other off, and not a single expletive uttered at the Landmark Hotel in London last Thursday as the amenable pair shared a platform and demonstrated why, as well as intense rivalry, there is such mutual respect between the first Travellers to contest a world title.

Yes, there was banter but it was civilized and sensible, each explaining why they believed they would win when Ireland’s WBO champion Lee finally defends against Hatfield’ unbeaten Saunders at the Manchester Arena on December 19.

There has always been such dignity in the series of news conferences which have preceded this twice-delayed encounter.

Despite the welcome absence of bogus trash talking it is clear they can’t wait to get on with the show and face each in the ring to settle the argument raging in the Travelling community in the UK and Ireland – apparently with huge wagers being laid – about who is the better man.

As Lee says: ”Neither of us is going to want to lose this fight.  It’s only 36 minutes long but when you’re in there it’s a lifetime. What happens in those 36 minutes will live with us for the rest of our lives.”

Tyson Fury please note. If only similarly sanesentiments would spout from the lips of their their fellow Traveller who admittedly sometimes can be amusing but too often is simply a potty-mouthed clown.

No doubt the batty Batman will be at it again soon as his confrontation with Wladimir Klitschko draws nearer. I fear further tiresome assaults on our eardrums – and sensibilities.

Meantime Lee and Saunders are wisely saving any aggro for the ring and you sense an already appetising showdown will be all the better for it..

You don’t need a gypsy fortune teller’s crystal ball to forecast that this is going to be a real pre-Christmas cracker.

So, who next for Gennady Golovkin? Andy Lee insists he is not looking beyond Billy Joe Saunders despite the buzz in boxing that negotiations are already under way.

Saunders himself sensibly admits that even if he beats Lee he would not be ready for the all-conquering Kazakh for another 18 months. And obviously, as Frank Warren says, he would require a truckload of money. 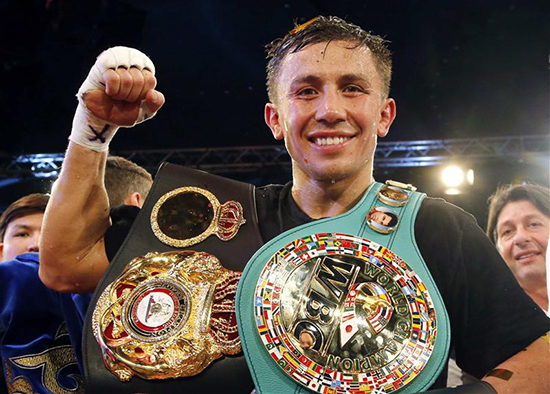 The winner of Miguel Cotto and Canelo Alvarez is officially scheduled  to be next up to face the smiling assassin with the perfect punch, temperament, balance and record. But I wouldn’t put my house on it happening.

Never mind. There’s always Chris Eubank jnr, who, according to his dad, is ready waiting and able.

Though taking on an American journeyman last night who is just shy of his 40th birthday and had lost five of 27 bouts, with two no-contests hardly constituted the sort of preparation required to step into the ring with Triple G, who rightly can claim to purloin what Eubank snr labeled himself: Simply The Best.

One of boxing’s biggest irritations  – both for fighters and fans – is surely the increasing number of times a bout has to be temporarily halted because a bandage has wriggled loose from a glove.

Barely a fight night goes by without it happening –  I counted it occurring half a dozen times in one show recently, three times in the same fight.

Surely there must be a means of preventing it, such as a simple wide elasticised band which slips over the glove and firmly secures the wrist area so that bandages cannot escape. This would also eliminate any suggestion that cornermenoccasionally deliberately loosen the bandage in  order to gain an under–pressure fighter some respite.

Have the Board given it any thought,I wonder?

Singh lights them up

Vijender Singh certainly seems to be causing a stir both here and back home in India – where it is estimated around 100 million watched his impressive pro debut via TV. 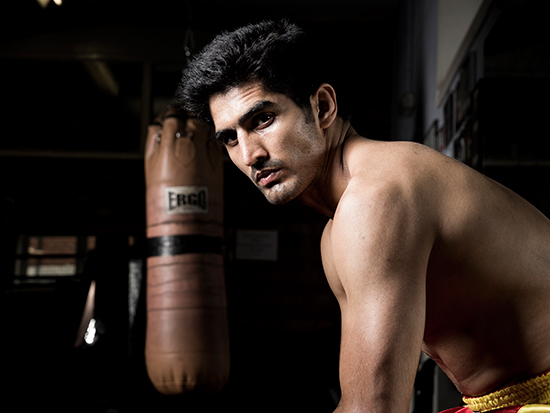 The personable multi-medalled middleweight has his second contest at the Harrow Leisure Centre on Friday and next month has been invited by prominent MP Keith Vaz (another of those politicians with a penchant for the fight game I wrote about here yesterday) to switch on the lights for the great Indian festival Deepavali in Leicester. of Parliament on Wednesday. He is also meeting Mr Vaz for a personal  tete-a-tete at the House on Wednesday.

Refs in the spotlight

The sight of South African Craig Joubert doing a Usain Bolt down the Twickenham tunnel after making a ricket which gave Australia victory overScotland in last weekend’s rugby World Cup quarter-final is a reminder that  referees are among the most controversial-and often most maligned and vulnerable figures in sport.

We have seen this in boxing not least with Howard Foster’s debatable stoppage in the first Froch-Groves fight.

So I found the appointment of Terry O’Connor for the the Sam Eggingron – Dale Evans British title fight in Birmingham last Saturday rather surprising.

Let me emphasise that there is no question of O’Connor’s integrity and never has been. But was it wise that a referee from nearby Wolverhampton should be handling a boutinvolving a fellow Midlander-Eggington being a Brummie, while Evans is Welsh?

As I say, there’s absolutely no doubting O’Connor’s impartiality but as a matter ofprinciple should not referees, certainly for championship fights, come from outside the geographical areas of the boxers themselves?

In football, you would not have a referee from Lancashire for a match between Manchester United and Chelsea at Old Trafford.

Surely best to avoid the risk of any controversy. 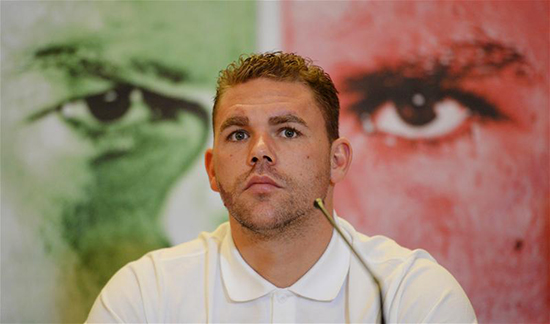 It might be of interest to the general fan, but for me it’s a ‘Starbucks Fight’. I’m the world champion. I beat O’Sullivan, Billy Joe beat Eubank. This is the real fight, the real world title fight on this side of the Atlantic: two former Olympians, two world-class fighters.

During my lowest point I found comfort in going back to my God. I came back with a positive spirit that everything will be fine. In life, we all come across a low point and we should be ready for everything

Gennady Golovkin charms the US public, and  BoxNation viewers