BEATING DUBOIS WILL BE A PIECE OF CAKE 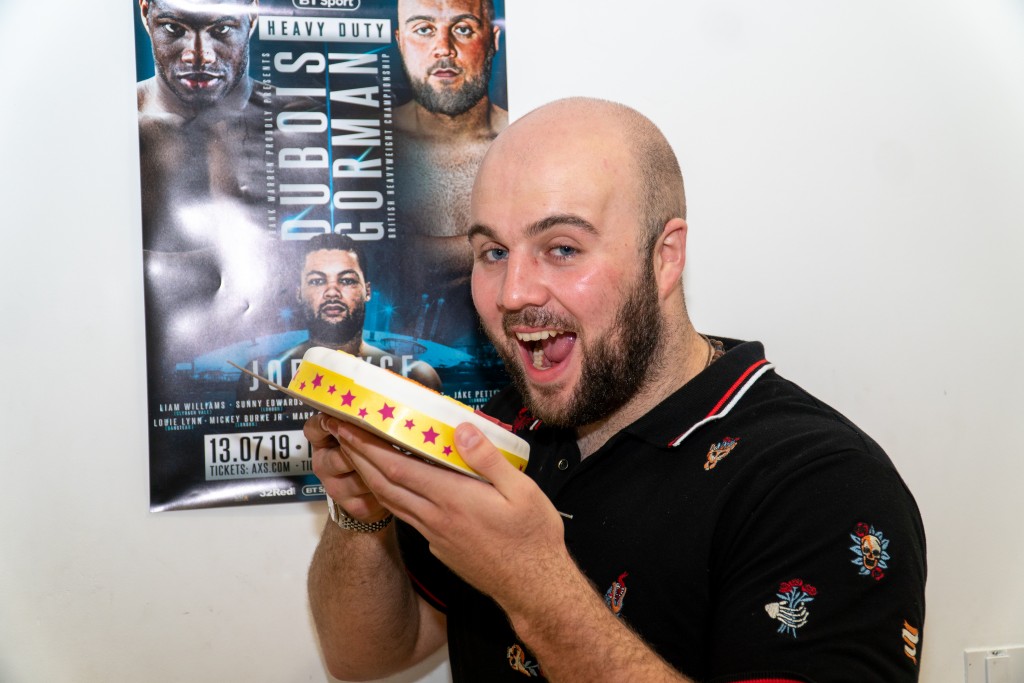 Gorman, is 23 today (Tuesday), but in no mood to celebrate until after their vacant British heavyweight title clash at London’s o2 on Saturday July 13, live on BT Sport.

He said: “It’s just a normal training day so I am hardly in the mood to eat cake and have a fun day.

“I won’t see my family because I am staying away from home to be near the gym, but it will be worth it when I beat Daniel.

“I was given the cake at the wrong time and if I did try to eat it I don’t think my trainer Ricky Hatton would’ve been pleased.”

Dubois (11-0, 10 KOs) has done his best to dampen Gorman’s birthday claiming his rival will never entertain fans and says he expects an easy night on Frank Warren’s spectacular card.

Gorman (16-0, 11 KOs) who sparred around 200 rounds with Dubois when they were amateurs snapped back: “Don’t throw stones from a glass house.

“He knows deeps down that he has to train his hardest and that I am coming to take that belt. He knows it.

“No disrespect to the opponents we have both fought – they are just learning fights and had lost before. I won’t accept defeat like they might.

“When I beat him what is he going to say then? He says I’m not exciting, but I will have beaten him so what will that make me?”