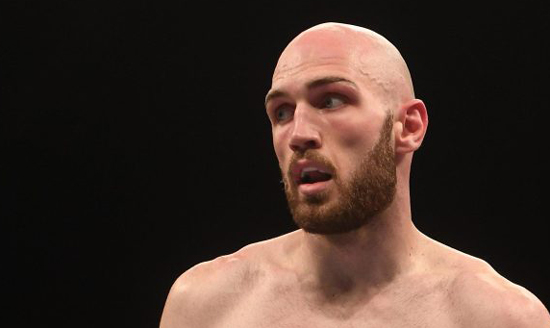 Belfast Light-Heavyweight talent Steven Ward will aim to improve his unbeaten record to 3-0 when he fights at the Belfast Waterfront Hall on Saturday 18th February, live and exclusive on BoxNation.

Ward made a perfect start to life in the paid code, outpointing the tricky Merdjidin Yuseinov on his pro debut at the Titanic Exhibition Centre in November before overcoming experienced journeyman Remigijus Ziausys four weeks later in Coventry.

Now the former Irish amateur standout is preparing himself for a busy 2017, starting off with a four round contest in his home city next month. The 26 year-old 2010 Commonwealth Games silver medallist is promising another strong performance for Belfast fight fans.

“The plans my team have in place are exciting and exactly what I need at this stage of my career,” said Ward. “My two fights at the end of 2016 were great learning fights and I can’t wait to go again in my own city in February. I’m improving with every fight and hopefully we’ll see some late stoppages as I progress.”