BIG FIGHTS AROUND THE CORNER FOR ME 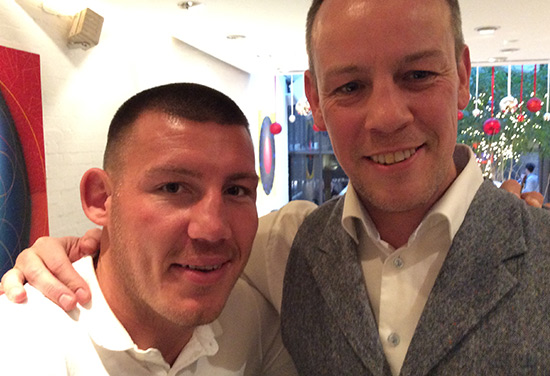 Even though Liam Williams was deemed to have come a close second to Liam Smith in their return match in Newcastle, the optimism of Williams over his fighting future hasn’t diminished one bit, as he explains in his exclusive Fighter Diary…

I HAVE NOW had the time to dust myself down and reflect on my second encounter with Liam Smith back in November. Obviously I was a bit gutted with the outcome of the fight but, having said that, I haven’t got too down about it.

That is because it was a good fight, a close one, that could have gone either way.

It just wasn’t my night, but I thought I was very close and it could possibly have gone my way. I’ve watched it back a couple of times and, personally, I thought I won the fight.

I felt like I pressed most of the action and landed the cleaner shots. But it is done now and credit to Smith, he boxed a clever fight and I am happy for him.

I hope he gives me the chance to win that title again one day in a third fight.

I don’t really have any regrets over how I went about trying to win the fight. I could have done a little bit more as I had plenty in the tank and, if I did lose the fight, I think it was probably the last two rounds that cost me.

Even with landing a jab I was in really bad pain. It was frustrating more than anything because I knew I had so much more to give.

So it is one of those fights where I feel I could have done more, but there is no point talking about it now because it is too late and the outcome is the outcome.

I am pleased this particular chapter of my career is closed for now because it has allowed me to rest and put it all behind me.

I believe that probably in the near future there is a good possibility we could go again but, for now, me and Smith are done and I wish him all the best.

I am going to do my own thing until the option of doing it all again comes back around.

I don’t believe my own career prospects have been damaged – definitely not. Although I lost the fight, in many respects I don’t think I have lost anything and have actually gained because I have gathered experience, increased confidence and have ticked boxes.

I have gone 12 rounds and know I can do it comfortably with more left in the tank. Also, I am just 25, have plenty left to do and have so much more to prove.

I believe the next couple of years will be big ones for me.

I 100 per cent feel stronger for the experience, physically I have learned little things about myself and mentally I have taken so much away from the last two fights, even though I have lost.

It has taken nothing out of me.

I want to get back in there and I know there is so much out there for me. I know Frank will make it happen. He has promised me he will get me good fights and the right fights.

I am confident there are big fights around the corner for me.