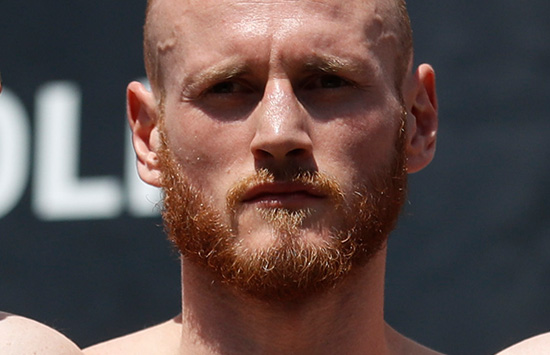 Sport and tragedy have never been alien bedfellows, inexorably linked through horrendous events such as the Munich massacre, the Bradford football stadium fire and the Ibrox, Heysel and Hillsborough disasters.

Last week saw sport become associated with tragedy yet again, though this time it was in a more positive light following the unspeakably hideous tower block inferno in London which claimed so many victims.

Even while the 24-floor Grenfell Tower block in Kensington was still smouldering, sport and its personalities, such as tennis star and boxing fan Andy Murray were offering both compassion and practical support.

None more so than the Noble Art.

It was from traditionally the most big-hearted of sports, which has a notable connection with the doomed tenement block, that succour was most prominent.

Housed on its first floor is the Dale Youth Boxing Club, one of boxing’s most prolific producers of amateur and professional talent.

Among them are the Olympic middleweight and world super-middleweight champion James DeGale and his long-time bitter rival George Groves, also now a world champion.

Enemies in boxing but both united in being quick off the mark to express their distress.

DeGale tweeted: “Shocked at the devastation at Grenfell Tower block where my old amateur club is. My thoughts are with everyone affected.”

Groves also tweeted a message as news of the fire broke overnight. “Dale Youth Club has been there for the past 15 years,” he said. “I was there Sunday. So sad.”

He also shared a post on Instagram with details of help centres for those affected by the blaze, adding: “If you can help. Lots of people already have”.

The Dale Youth Boxing Club was upgraded during the £10 million refurbishment of the block, completed last year.

At the time, the developers said: “The work has provided the club with improved facilities that will hopefully produce many more champions of the future.”

Last year Groves was at the official opening of the renovated state of the art £400,000 gym which he had joined as a 12-year-old.

The club premises were largely left unscathed by the scandal-hit fire which started on the fourth floor and provided a useful escape route for some who survived.

Coach Mick Delaney said he believed a man who used to clean the gym could not get out of his flat and he and a parent of a former Dale youth boxer are missing.

Tony Disson, whose three kids boxed for Dale Youth, is among those who were lost.

Among other boxers giving their support were Lawrence Okolie, Zak Chelli, Reece Bellotti and Charlie Edwards, who joined hundreds of youngsters in a west London park as the sport came together following the the blaze which has claimed the lives of at least 79 people.

They teamed up with fellow pros and trainers in a boxing training session, with collection buckets being filled to raise funds.”The boxing community came out for the event and it’s the least I could do was show my face,” said Bellotti. Former Team GB colleague Okolie added: “I know people that were personally effected by the Tower fire so it touched me even deeper.”

But most praise has come deservedly for the prominent role of another former world boxing champion. The 2004 Olympic silver medallist Amir Khan, who drove the 250 miles from his home in Bolton to offer comfort and aid, hugging survivors as he listened to their stories. 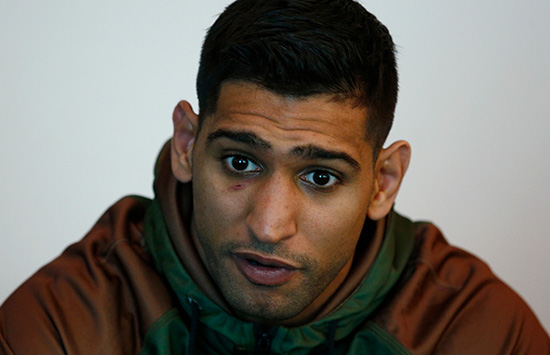 Among them was 23-year-old amateur boxer Paul Menacer, who escaped from a sixth floor flat with only the clothes he was wearing.

“Amir has come down here showing love and affection for people who have lost absolutely everything,” he said.”He is my hero.”

Khan also embraced and consoled families of the scores who perished, so many of them fellow Muslims.

“I just wanted to let these people know that they are not alone,” he said.

In a week when politicians, especially beleaguered Prime Minister Theresa May, and local council officials were lambasted for not showing sufficient empathy, Khan, as always, was determined to do what he could.

He even gave his personal number to community leaders and told them: “Call me for anything you need”.

This was by no means the boxer’s first charitable act. A couple of years back he travelled top Pakistan, land of his heritage, to “send a statement” to the Taliban about his revulsion at their massacre of 132 school-kids and several of their teachers in the north-western province of Peshawar.

Khan donated the 24-carat gold thread shorts, worth around £30,000 ($38,000/€34,000), which he wore when producing perhaps the most scintillating performance of his career in defeating American welterweight Devon Alexander in Las Vegas, to help rebuild the army school so mercilessly desecrated by the Taliban. He was personally hands-on in the rebuilding process.

Khan has worked with the charities to ease suffering in Somalia and Syria and on behalf of the NSPCC and Save the Children Fund.

And he has always been the first British Muslim sports personality to openly condemn any act of terrorism committed in the name of Islam.

Few British sports personalities have immersed themselves in so many social projects. Khan has been involved in anti-bullying campaigns and keeping youngsters off railway lines, and he also went to Pakistan to help rebuild after flood disaster.

And he was among the first on the scene in waterlogged Cumbria in 2015 with practical help.

Yet he remains oddly unhonoured, not even a measly MBE. What more does he need to do to gain recognition with a gong such as that recently awarded to fellow former boxing champion John Conteh?

Good for John. He deserves it for his own formidable charity work.

But surely an overdue honour for Khan is a gesture boxing, and the Muslim community, would appreciate and especially so in the current climate.

WHAT THEY SAY ABOUT BOXING’S BIGGIE

This is going to be a very tough fight. There are fights that are difficult, and this is one of them. I’m going to prepare like I always do at 100 percent. I’m happy we are giving the fans the fight they wanted and demanded on September 16 as that is a great motivation to me.

I’ve been waiting 20 years to be in a fight like this. Canelo is a different guy than anyone I have every faced. He is a huge fighter and a great champion. Everyone knows we both have power. I think it is 5-50. On September 16, we will both put on a great boxing show.

Canelo vs. Golovkin features the two most explosive fighters in any division today. Both have a style fans clamour for. It will deliver and then some. This is the perfect between two fighters who have been boxing their entire lives and something the fans really called for, and I believe will end in a knockout.

I am absolutely delighted that what will probably be the most eagerly anticipated fight of the decade has found the perfect UK home in BoxNation. This fight is about boxing of the highest order and it will be brought to UK viewers by a channel that is all about boxing. It is like a throwback to some of the great fights we had in the seventies and eighties. This will be the fight of 2017. It’s not a freakshow, it’s a real fight.