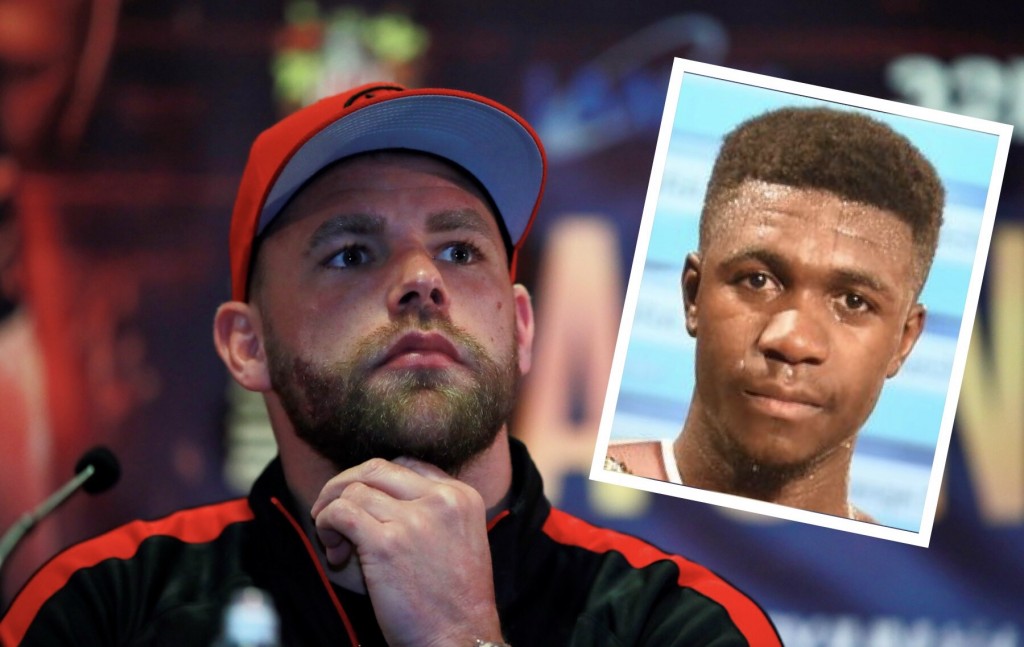 Richards (11-0, 3KOs) is back after missing a year through injury when he challenges Tommy Langford (21-3, 6KOs) for the vacant Commonwealth super-middleweight and WBO International titles at the SSE Arena, Wembley on Saturday April 27, live on BT Sport.

It is a massive step up for the New Malden man when he faces the former British and Commonwealth middleweight champion who has competed at a far higher level.

Saunders who meets German Shefat Isufi for the WBO interim super-middleweight championship at Stevenage FC on Saturday May 18, has been tested by Richards in the gym.

“He is a brilliant fighter, but not just that he has a lovely, lovely family and is a lovely man.”

Richards sparring exploits are common knowledge. Saunders has been a fan since their 2015 spar in Marbella and it’s believed Richards gave Chris Eubank Jr more than enough trouble in gym sessions.

“Lerrone is going to go far in the sport and for me there is one winner in that fight at Wembley,” predicted Saunders.

“Tommy is a top fella, tries his heart out and Lerrone has to be on it because it is a big step up from where he has been boxing, but I believe Lerrone can come through it.

“When it comes to talent Lerrone is up there with the top five in Britain, 100 per-cent. He is very, very talented.”

Lerrone’s trainer Alan Smith is adamant that British boxing will see that Richards isn’t just King of the sparring ring, and the fighter is determined to shed that unwanted tag at Wembley.

Richards, 26, said: “This is a great opportunity and I cannot wait to showcase my skills. I box smart, I fight smart, bring science and I will show on the night what I am all about.

“This isn’t an easy fight at all. Tommy is a very good boxer and intelligent. It will be as easy as I want to make it.

“People underestimate my power and if I rock Tommy Langford I will stop him.”