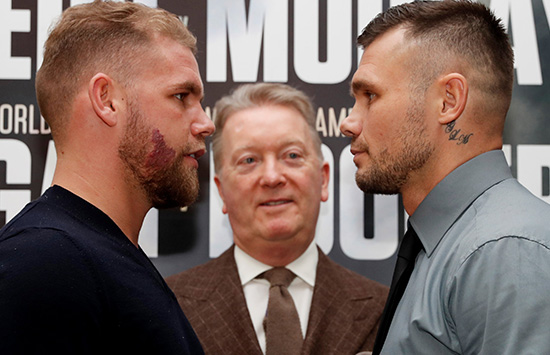 Good to see Billy Joe Saunders looking so trim and happy with life when he stood in the ring with his young son to give Kell Brook moral support before last week’s bout in Sheffield.

Clearly the superb fitness and form he showed when defending his WBO world middleweight title with the brilliant demolition of cocky Canadian Daniel Lemieux in Montreal has put him in the perfect mood for his upcoming domestic dust-up with Martin Murray.

The sometimes wayward Saunders clearly has turned the corner with his new conditioning regime and we can look forward to another master class of fistic dexterity and nifty footwork at the O2 on April 14.

Some eyebrows may have been raised to see Frank Warren’s main man cheerleading for Matchroom star Brook – but camaraderie among fighting folk traditionally crosses all political and promotional barriers.

Billy Joe currently trains alongside Brook and others under the aegis of Dominic Ingle at the iconic Wincobank gym in Sheffield, and acknowledges that the experience is principally responsible for whipping him into such great shape physically and mentally.

I HAVE TO say I find Billy Joe’s reaction to the fact that Canelo Alvarez had tested positive for the banned substance clenbuterol ahead of his rematch against Gennady Golovkin totally understandable.

For despite the shock positive test, the mega-fight s expected to go ahead as it was blamed on ‘meat contamination’ that is said to have has impacted dozens of athletes in Mexico over the years. Oh yeah?

Saunders, who has been hoping to secure a fight against the winner of Canelo vs Golovkin, reacted to the news by posting an explosive tweet labelling him a “cheating red headed w****r”.

Billy Joe is not one to pull his punches – or his words. He is also entitled to ponder, as I do, why Canelo, after testing positive for the same illegal substance as Tyson Fury, and supposedly for the same reason, is allowed to escape sanction while Billy Joe’s pal has lost two years of his career and thousands of pounds because of it.

THE SAD IRONY about boxer Scott Westgarth’s life is that it took his death for him to make the front cover of Boxing News. 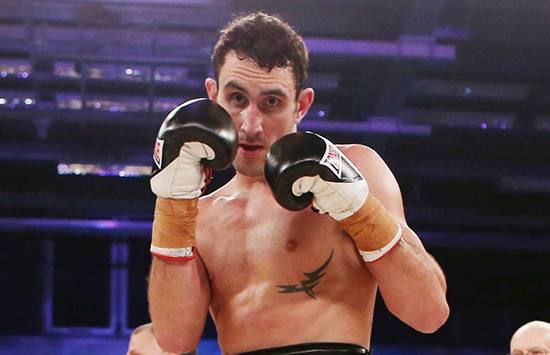 Such exposure in his trade paper for his achievements in the sport he loves would have been the highlight of his brief career.

It is unlikely that the 31-yar-old-old light-heavyweight who lost his first fight but, again ironically, won his last, was ever going to be more than a respected opponent.

He came into boxing late some four and a half years ago and had only ten contests, seven of which he won, with two losses and a draw.

Strictly a bread and butter boxer, he had said he was drawn to the game by the excitement it generated. He was in it for the thrill and perhaps a shot at the English title at some time in the future.

It was not to be. Westgarth died in hospital last week, collapsing in his dressing room following a points win over fellow Englishman Dec Spelman in Doncaster.

Another grim statistic for those who decry the sport to use in their campaign for its banishment.

Yet the usual suspects among the abolitionists have been relatively muted, perhaps because they now know they are fighting a losing battle because of the popularity and success British boxing is enjoying and the sport’s increasingly acknowledged benefits to society.

In over half a century of covering boxing I have never shied away from the fact that the most potentially lethal sporting activity of all carries with it the inherent risk of permanent injury, even death.

I have accepted it for what it is, believing that the benefits it brings outweigh the risks.

I have never yet met a boxer, amateur or professional, who was not fully cognisant about the hazard involved in their chosen sport.

As Robert Smith, an ex-boxer himself who is now general secretary of the British Boxing Board of Control says: “Every fatality is a disaster. We do everything in our power to stop this happening, working to make boxing safer. But it is a dangerous sport and boxers are aware of the issues.”

Since Smith – son of the late Andy Smith, who trained and managed Joe Bugner – came into the job in 2009 there have been three deaths in British rings –Michael Norgrove, Mike Towell and now Westgarth.

But this should be seen in the context of the Board sanctioning some 3,000 bouts in 280 promotions last year alone.
Statistically boxing ranks only 11th among dangerous sports in terms of injuries and fatalities, below mountaineering, motor racing, horse racing, eventing, rugby and even swimming.

Yet countless lives may have been saved by boxing. During the last decade in which those three British boxers have died there have been more than 1,500 fatal stabbings in England and Wales. There were 80 knife deaths in London during 2017, and 15 so far this year, two on the night Westgarth died.

I am not quite sure what, if anything, this proves but you have to ask how many more there might have been had youngsters not been enticed into local gymnasiums to engage in well-supervised legal combat.

The words of Curtis Woodhouse, a former footballer turned boxer are worth some consideration. He says that the death of Westgarth makes him “question the morality” of boxing, but he would never advise anyone to stop the sport.

“Boxing gives far much more than it takes away,” says 37-year-old Woodhouse.

To my knowledge there has never been a fatality in Olympic boxing and I cannot envisage the day when boxing will be banned.
All the authorities can do is make the sport as safe as humanly possible.

My own philosophy is that while people are pumping bullets into each other or trying to blow others to smithereens in Syria, Afghanistan or wherever, a punch to the head is the least of society’s worries, even if – thankfully rarely – it does result in tragedy.

DEONTAY WILDER WAS not the only one to emerge with a title in Brooklyn last Saturday night. MC Jimmy Lennon jnr announced WBC steward in charge Charles Giles as ‘Sir Charles Giles.’

Is there something the British Board boss should be telling us…?