Regret is not a word that features strongly in the story of the professional career of Billy Joe Saunders. And why would it, with an unblemished record of 22 victories to his name? 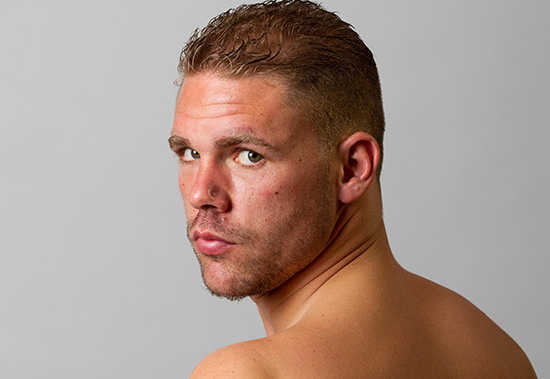 But he does have a big one, one that has nothing to do with viruses, cut eyes and delays to his date with destiny against Andy Lee for the WBO World middleweight title.

The regret – and considerable frustration – stems being rendered pretty much inactive due to the protracted negotiations, stalemates and ultimate non-event that was the planned rematch with Chris Eubank Jnr.

Saunders erased the ‘0’ from the record of his Brighton rival at the end of November last year in a triple-titled coming together on the ‘Bad Blood’ card at London’s ExCel Arena in what was a pulsating contest. It propelled the Hatfield man unquestionably to the top of the domestic tree, more than ready for a charge at world honours and mandatory for the strap held by Lee.

The trouble with great fights is the public demand a repeat performance and the loser wants revenge. After a spot a number crunching, Saunders was willing to oblige, putting his world title ambitions not only on hold, but also at risk.

Time marched on without agreement being reached or a date set before Saunders reverted to Plan A and his historic clash with Lee, which takes place at the Manchester Arena on December 19.

However, aside from a four-round blowing away of the cobwebs against Yoann Bloyer at Wembley in July, it has resulted in a lost year for the 26-year-old. And therein lies the regret.

“Very much so,” sighed the southpaw, who takes up the story. “You’re in this boxing business and you get a phone call asking ‘do you want the fight?’, and your first thought is ‘not interested’. Then they say ‘listen to some numbers’ and you then know the numbers being talked about are over a million quid. Then, all of a sudden, belts, positions, rankings come second. Yes we’re in it for No.1 rankings, we’re in it for belts, but what we’re all in for is security.

“We don’t like getting punched in the head and coming out with a trophy – we could stay amateur and do that. We’re in it to get paid and it was extremely good money.

Given he won he won the fight and seemingly held all the aces, the fact that the champion was making concessions suggests the Eubanks’ were awkward customers at the negotiating table, placing an unreasonably high value on the WBA interim title claimed by Jnr in the wake of his first defeat.

“There were a couple of things he wanted that I wanted as well,” explained Saunders. “I made sure that I had my say because, at the end of the day, I was the champion or winner. The one thing I wanted was that he vacated the belt that he had, the only thing I asked for and it wasn’t even a full world title.

“I was in a good position with the WBO and I knew I would do a better job than I did before. Secondly I knew he was goner fight because the first time I was training so hard but thinking he’s not fighting anyway.”

Saunders, along with many fight fans, harboured serious doubts over the original contest actually coming to fruition, suspecting all the way through the build-up that Eubank would withdraw and his camp would go to waste. It was a state of mind he did not snap out of until he was making his way to the ring on the night and absorbed the atmosphere inside the cavernous arena.

“That’s it, everybody was, and me more than anyone training and sacrificing everything while thinking ‘I’m doing this for nothing, he ain’t goner be fighting here’.

“The game-plan they had was that they knew mentally I wasn’t there and I still beat him. I was fit and in good shape, but mentally it wasn’t me. The only thing that got me up for that fight when I was in the dressing room telling myself to liven up was when I walked out and saw everybody there and I thought phwoar, f**k me! And that livened me up for the six rounds.”

After claiming the points victory and a shot at the top booked in, surely the temptation must have been to plonk a hostile rival to the back of the queue?

“Everybody else was saying that as well,” he revealed. “I remember the phone call from Frank (promoter Warren) and I went to see my dad and said about the Eubank rematch and he was like ‘no, no, forget about it. World title now, move on and let him earn his shot’. And he was right and I listen to my dad, everything in boxing I go to him for advice about.

“When we sat down and I told him what I’d been offered – and it was well over a million quid, well over – he said you’ve to do what’s right, and it was right. It wasn’t like a fight where I’d be going in there thinking ‘f**k me, I can’t beat him’, I know when I box him again, blindfold me and I’ll still beat him.

“It has cost me time though and that is the thing I do regret. But when I was in talks with him I stepped aside (allowing Lee to face Peter Quillin) for a nice figure.”

A week before Saunders finally gets it on with Lee, there is a boxing equivalent of an Olympic repechage contest taking place in London between two men he has previously defeated – Eubank and the Irishman Gary ‘Spike’ O’Sullivan’.

The name of Saunders won’t be far from the lips of the winner of the battle of the former foes and he accepts his name will be entwined with that of Eubank for much of his career.

“That’s it, listen, they are going on about that fight, but it is only Twitter that has built that fight up,” he reasoned. “Spike has had a couple of good wins, while Eubank has boxed twice since he lost to me and now they’re saying he beats Golovkin. Why? Because Frank got him a vacant WBA interim title. He’s not even the second champion.

“He’s fighting Spike and it’s going to be a good little pay day and, even though I don’t like him, good luck to him because I know how hard it is to get a few quid in the game.

Not that he predicts a resounding success for his most recent victim of the two, suggesting he could become something of a nearly man.

“Spike is a good friend of mine but, if he brings the (Dmitry) Chudinov performance in the ring with him and gets caught off them shots by Spike, he gets knocked out.

“I can’t sit here and call him. In a way I’m glad I won that fight by three or four rounds because it makes a rematch big and I know what I can do, but a good boxer and mover will always beat him, always. A big puncher will knock him out.

“I would say he’ll be one of those fighters who don’t quite get there for a world title.”

Check back next week for the final part of our exclusive interview with Billy-Joe Saunders, where the middleweight star promises a ‘breakout’ performance against champion Andy Lee on the Xmas Cracker bill at the Manchester Arena on December 19