BIRTHDAY ON THE BASH FOR BRAD 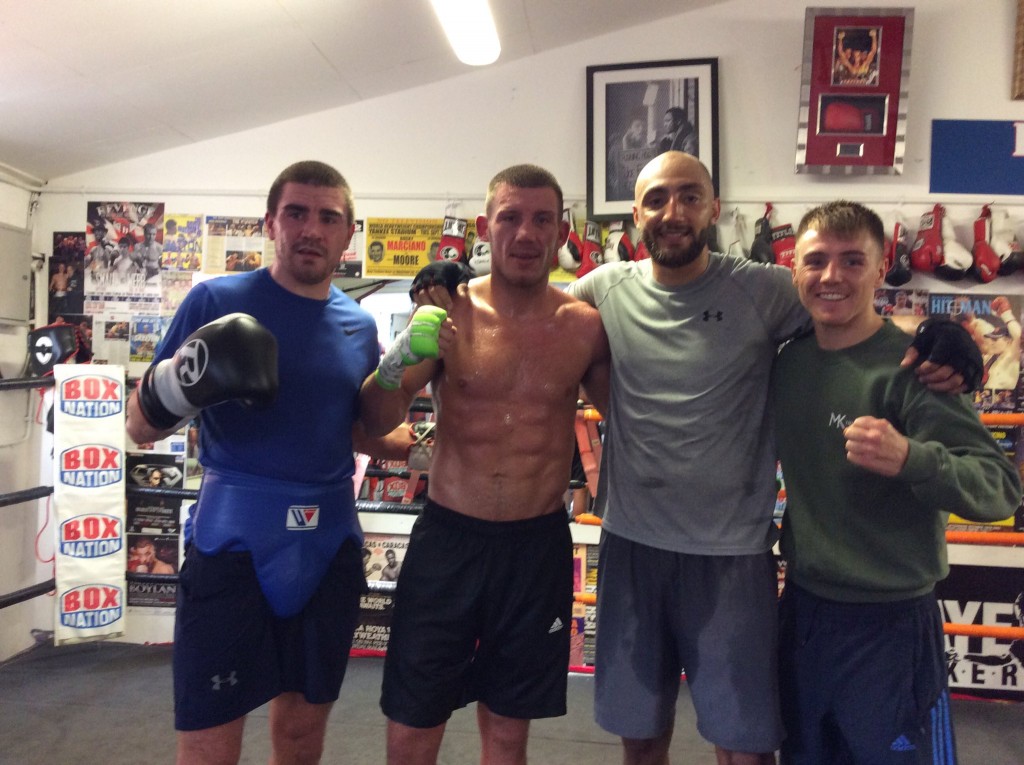 THERE WAS NO cake and candles in the gym by way of celebration when Bradley Skeete reached the milestone age of 30 last week.

They had something much worse than the bumps lined up for the popular British champion, a special guest over from Wales to give him a few bumps of a different variety.

“I hit 30 and I’m in the gym sparring Liam Williams – I’ve had better birthdays!” said Brad with a sigh after completing six with the hammer hitting super welterweight who is readying himself for his hugely anticipated rematch with Liam Smith in Newcastle.

As birthday surprises go, wasn’t this a little sadistic, even by the standards of his uncompromising trainer Alan Smith?

“Just a bit, I’m beginning to think I’ve done something that he doesn’t like. But, you know what, I’m a pro and you’ve got to live the life so birthday or not I’ve got to be in the gym and get it done.

“I can’t turn down quality world class sparring with the likes of Liam Williams, so if it is there I’ve got to take it.

“He is looking really good and in great shape. I’m looking forward to seeing this rematch,” added Brad, who is sitting firmly on the fence for this one having helped prime Beefy for his world title victory over John Thompson in October 2015.

“I didn’t do a prediction before because I really like Liam Smith and his brothers and have known them for years.

“It is the same as I said last time – may the best man win.

“I am sure it is going to be a great fight.”

DON’T GIVE UP THE DAY JOB

THERE IS A mini-mutiny bubbling at the iBox Gym in Bromley over the wish of new pro Jake Pettitt to become a full-time practitioner of the noble art.

A comical conflict has come about because Jake reports he is on the verge of bringing sponsors on board, which would enable him to give up the day job, while the iBox guru Alan Smith is of the old school and likes his fighters to earn a crust outside of the ring first.

Hugely respected trainer Smith, who tailors his gym sessions around working boxers, points out that his world No.3 ranked and British champion Bradley Skeete was a working welterweight until 2014 when he already had a couple of titles to his name.

So who is going to win this battle of wills?

“Me, because I will become a full-time pro and Al will have no say!” predicted Jake with a cheeky smirk. “It has stuff to do with him, but it will make no difference if I do go to work or not, I will still be in the gym, doing my runs and eating how I eat.

“It will just make my life a whole lot easier,” added the 19-year-old, who was quickly to the point when asked if he understands his mentor’s position in the debate.

This one could run and run, but don’t bet against the gently persuasive Mr Smith continuing to call the shots.