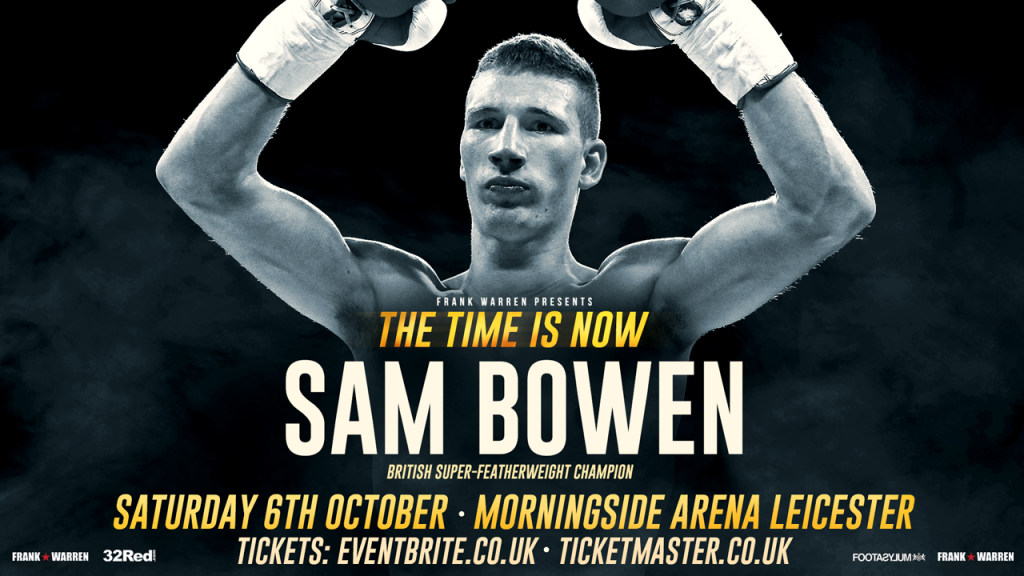 SAM BOWEN is ready to show Zelfa Barrett, Archie Sharp and Lyon Woodstock who the main man is.

The British super-featherweight champion recently joined the trio in Frank Warren’s stable when he signed a promotional deal with the Hall of Fame promoter.

Bowen (13-0) is in action on Warren’s show at Leicester’s Morningside Arena on Saturday October 6, on a bill where Sharp and Woodstock face each other.

“To be honest I have watched very little of those three lads, but I believe in my abilities and I will beat all three of them,” said 26-year-old Bowen.

Many envisage a mouthwatering series of fights between the four, which Bowen welcomes and added: “They are all at a similar level.

“When Zelfa got beaten by Ronnie Clark that opened a few eyes up.

“He was obviously boxing lads, stopping them and looked amazing. When he moved up he got found out a little bit. He was shocked himself.

“People think I should know Lyon because we live near each other in Leicestershire, but the first time I ever come across him was when we met at the London press conference announcing the October show.

“I heard that Archie was a very good amateur and has a good background, but that doesn’t win you pro fights. Doing it over three rounds is different to 12 rounds.”