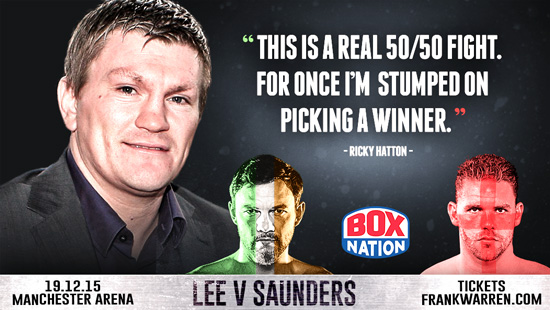 Manchester legend Hatton, a four-time and two-weight World Champion, and the British boxings superstar of the noughties who made the Manchester Arena his fortress, said, “For big blockbusters fights at the Manchester Arena, Lee v Saunders is up there with the best.  You’ve got the raw, tough, aggression of Lee who’s got the power to turn things around with one punch, matched against the master boxer in Saunders who has the slick and technical ability.   This is a real 50/50 fight and for once I’m stumped on picking a winner.”
The decade before The Hitman was ruled by Sheffield showman Naz, a three-time World Featherweight Champion, who lit up the arena with his own brand of fireworks, said, “This is the fight of the year for me because in my eyes you’ve got two guys who are going to have a real fight, not like Floyd Mayweather Jnr. or Manny Pacquiao, they’re not interested in offence, you know these guys aren’t going to run.  It’s a 50/50 fight.” 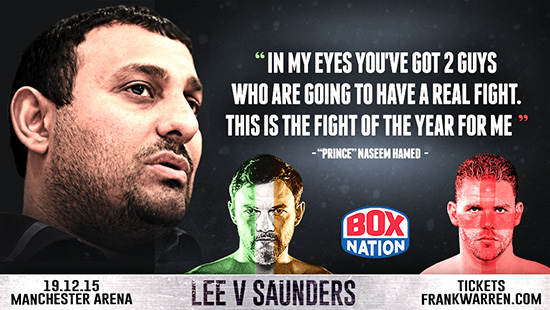