The city of Leicester was planted firmly on the sporting map courtesy of the exploits of Claudio Ranieri’s 5,000-1 outsiders in winning the Premier League title last season.

Around the same time and probably overshadowed by the Foxes winning the hunt, Leicester boy Mark Selby became world snooker champion for the second time at the Crucible in Sheffield.

It is a sporting city very much on the up and we are preparing to happily jump aboard the bandwagon by returning big time boxing to the region as part of our early BoxNation-BT Sport package on April 22.

Tommy Langford will make the first defence of his British middleweight title in a tasty local scrap against Birmingham’s Craig Cunningham.

Tommy, of course, hails from North Devon, but he is based in Birmingham and is very much part of the local scene, although he draws the majority of his support from nearby West Bromwich.

Our original thought process was to stage the contest at the Barclaycard Arena but, unfortunately, the dates didn’t work out and we didn’t want to delay Tommy in getting cracking with defending the title he won by outpointing Sam Sheedy in November.

The Leicester Arena – home of the Leicester Riders basketball team – will represent a new territory for us and one we have been examining for some time as a potential venue for Lyon Woodstock to perform in front of his home fans.

We are delighted he will now be able to do just that, when the exciting 8-0 prospect will feature on the undercard and step up his development.

There really should be some atmosphere in the arena on the night, with Tommy having cultivated a huge following and Craig Cunningham sure to attract a considerable crowd across from Birmingham. Craig, of course, jumped the British title queue with his dismantling of Anthony Ogogo in October.

Lyon, being the local attraction, will draw in huge numbers, as will Vijender Singh, our Star of India, who will return to the city where last year he was invited to turn on the lights for the Diwali celebrations. 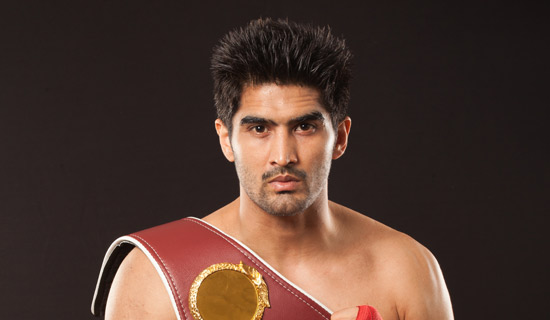 Whether Vijender finds favour with the locals this time around remains to be seen because the opponent we have lined up for him is the English super middleweight champion Jahmaine Smyle, who was another Leicester success story last year when he overcame Leon McKenzie to claim the title.

The show will also serve to get the British super lightweight champion Tyrone Nurse busy again with a defence of his belt against Joe Hughes.

Tyrone hasn’t fought since winning out against Tommy Coyle in Leeds back in July and now, having seen his last two mandatory challengers pass up on the opportunity to fight him, he needs to get back in the ring and re-establish his rhythm in preparation for taller orders ahead.

I am more than up for trying out new territories as we continue to formulate the extensive schedule across our two exclusive TV platforms and, if the appetite is there for a night out at the boxing, then there is every chance of return visits.

The early feedback from Leicester is extremely positive, so I am sure it will be quite a night in the East Midlands.

I have been asked on a number of occasions this week for my thoughts on David Haye’s link up with Richard Schaefer – the former CEO of Golden Boy – and the pair’s intention to break into the UK promotional market.

Sometimes people don’t believe you when you say it, but the more competition you have in boxing, the better. More opportunities for fighters, more television coverage, increased interest in the sport – what’s not to like about it?

The partnership that David and Richard announced last week is good for them and good for boxing. I met them for a drink last week, they are good company and I have every respect for both of them.

I have had a number of dealings with David over recent times and I have always found him an impressive and engaging character.

I wish them both every success with their joint venture that I am sure will add a new dimension to the already thriving business of boxing.

Another new, or I should probably say returning, player in the boxing industry is ITV Sport and I was an interested viewer when they made their comeback with the show from Preston on Saturday night on ITV4.

Again, I reiterate, the more boxing on the box, the better and there will be no criticism coming from my direction.

Perhaps one thing ITV might think about taking on board from the popular subscription channels who broadcast the sport so well is that boxing fans much prefer less chat and more fights.

BoxNation and Sky Sports let the fights roll almost right from the off, giving viewers the opportunity to witness the cracking fights that are a regular feature on the undercards.

The three-hour slot on Saturday carried just two live fights, which denied the supporting cast some valuable exposure and the watching public more of what they tuned in to see.

BoxNation is again booking in the top international dates on a weekly basis and, with the first phase of domestic action now added, the channel is so far due to broadcast some 17 nights of live action between now and May 13.

This number will only increase.

I am delighted that BoxNation has also secured the rights to Season Seven of the World Series of Boxing and will feature live coverage of all the British Lionhearts’ fixtures.

The WSB is where fans get to see the next generation of world champions in action. It is five three-minute rounds of the best fighting the best.

It is tournament that has become something of a finishing school for the top amateurs before they turn pro and for boxing fans, it is essential viewing.

I would like to wish Carl Frampton good luck for his return match against Leo Santa Cruz in Las Vegas at the weekend.

Carl was British boxing’s biggest achiever last year and his fight with Santa Cruz was one of the most enjoyable of 2016.

I am sure it will deliver the goods second time around and my money is on Carl to produce a repeat performance.