Boxing’s lefties have got it right 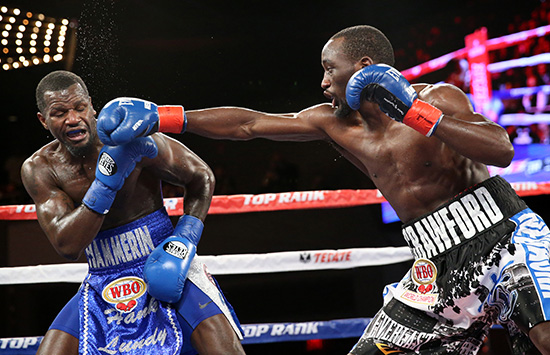 Back in the days when Our ‘Enry – the late Sir Henry Cooper – ruled Britain’s heavyweight roost- his manager Jim ‘The Bishop’ Wicks once said of a certain breed of fighters: “Them southpaws, they’re a detergent to the game.”

Always the master of the malapropism, The Bishop’ – so called because of his bald pate, portly appearance and beatific countenance – hated lefties so much that when Cooper, himself a natural left-hander, embarked on his professional career, he insisted that he changed to the orthodox stance.

Thus ‘Enry’s hammer’ the legendary t sledgehammer left hook which put the then Cassius Clay momentarily on the deck at Wembley in 1963, was born.

It was a devastating weapon which destroyed so many of his opponents.

Whether it would have been quite as effective had Cooper remained a southpaw is open to debate.

Although not a left-hander myself I have always had an affection for southpaws.

Throughout boxing history they have been much maligned as members of the ‘don’t want to know them’ brigade.

Yet suddenly, like the seemingly forgotten art of body punching, they are now very much in vogue.

For example, the two leading contenders for 2016 Fighter of the Year – Terence Crawford and Vasyl Lomachenko – are both southpaws as are Guillermo Rigondeaux and Manny Pacquaio. No-one would doubt the quality of their work or their entertainment value.

The game has featured some stunning southpaws. Among them Pernell Whitaker, Carmen Basilio, Hector Camacho, Flash Elorde, Vicente Saldivar, Freddie Miller and, to my mind, the greatest of them all ‘Marvelous’ Marvin Hagler. 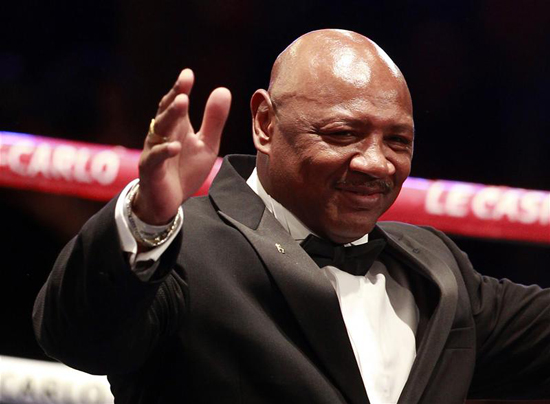 Hagler had a strong shotgun jab and a crushing right hook from the southpaw stance, but lacked a huge left cross. Whittaker had perhaps the best southpaw jab in boxing history and a solid perfectly thrown left cross, although he lacked real punching power.

But as a youngster the southpaw I most enjoyed watching was the square-on slugger Dave Charnley, the Dartford Destroyer.

In boxing a southpaw simply refers to a left handed fighter, one who fights with his right foot forward while holding his left rear power hand in the back for his lethal cross.

While the term is traditionally associated with boxing its derivation is in baseball in the 188s, where it referred to a left-handed baseball pitcher.

Baseball diamonds were often arranged so the batters would face east, to avoid looking into the afternoon sun. The pitcher’s left hand, or paw, would therefore be on the southern side, hence the term “southpaw”.

In the early history of boxing there were no southpaw fighters. Most of the great fighters of the 19th and early 20th centuries never faced a southpaw stance in their entire careers.

Some famous converted southpaws are James J. Corbett, who was known for his great left jab, as well as being the acknowledged inventor of the left hook. Carmen Basilio, welterweight and middleweight champion was a converted southpaw

So fashionable are southpaws in boxing now that they made a blockbuster movie called simply ‘Southpaw’, starring Jake Gyllenhaal. It follows a boxer who sets out to get his life back on track after losing his wife in a shooting.

Two less successful British southpaw heavyweights who were the subject of much mockery, Richard Dunn and Olympic champion Audley Harrison.

However the southpaw’s reputation for awkwardness was surely epitomised by the recently departed Jack Bodell.

After knocking out the former British champion in 69 seconds, the American heavyweight Jerry Quarry was asked if he’d found the Midlander awkward. “’Well,” he replied,” he sure fell awkward.”

Bodell was indeed so clumsy that he once tripped himself up when crossing the ring to receive instructions from the referee. Worse, he sliced off two of his toes with a lawnmower, and subsequently lost a finger while chopping meat in his butcher’s shop.

Which prompted the great boxing journo Reg Gutteridge to quip: “He must be trying to make weight bit by bit.”