Boxing’s merchant of menace has the gift of the jab

So Chris Eubank snr has no doubt that his pugilistic progeny Chris jnr would wallop Gennady Golovkin. Right now.

“Christopher possesses all the attributes needed to beat Golovkin,” opines the born-again Johnny English. “It’s a tough fight but Junior beats him in my view.” And naturally, Chris-the-lad concurs. 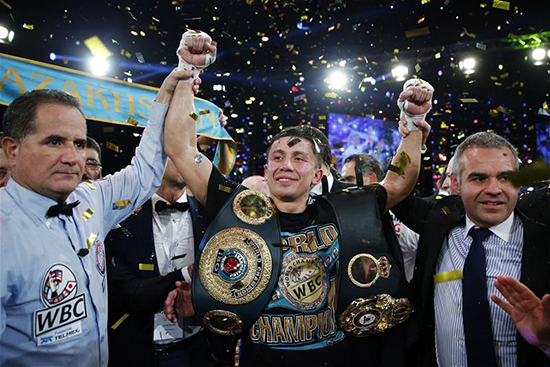 ”Golovkin has got weaknesses that I feel I can exploit… I think he’s easy to hit and I don’t think he’s fought anyone who’s really been there to try and win,” he says.  Really?  Well, David Lemieux certainly wasn’t there as a dance partner and look what happened to him!

As John McEnroe used to say “You cannot be serious!”

Of course, the Eubanks have a fight to sell against a so-so American on a depleted Sheffield bill this weekend but surely pater must be having a laugh.

But if he really does want to put his boy in with currently the most fearsome fighter in the world perhaps they should reportin the Child Protection Agency.

Golovkin is so good that you can be sure no-one (apparently apart from Eubank and Son) will be banging on his door demanding their appointment with fear.

There’s no doubt he is the best pound-for-pounder around at the moment and after his pulsating performance against Lemieux, a highly creditable fellow world champion, he is surely right up there in the mix of all-time great middleweight kingpins alongside Sugar Ray Robinson, Carlos Monzon, Marvin Hagler and Bernard Hopkins.

Triple G actually got back to a bit of boxing, which he is so good at. I have always said he had a great jab which sometimes he has disregarded to land his best shots, taking the odd one himself in the process. But this time he was punch perfect. He never put a fist wrong.

He can box, he can punch, and he’s certainly more exciting and now more popular with the fans than Floyd Mayweather, whom he has superseded as the world’s favourite fighter.

You could gauge this from the way the sell-out crowd at Madison Square Garden booed when Mayweather’s name was mentioned in the post-fight ring interviews.

While back-footer Mayweather was the master of negating his opponent’s moves, go-forward Golovkin is the proverbial merchant of menace.

Although born and raised in Kazakhstan he now lives in California and has a growing US fan base, even though the Kazakh population there is hardly huge. His appeal goes right across the board.

It helps that his English is good, if a little fractured, but he certainly has the gift of the jab!

BoxNation commentator John Rawling summed it up neatly. “He’s a middleweight who jabs like a cruiserweight.”

Moreover he is ruthlessly efficient. He hardly ever seems to break sweat as he hunts down his prey. What’s not to like about him?

He comes across as a really pleasant, decent guy, with a ready smile and a kind word afterwards for those he has brutally vanquished.

His record has now stretched to 34 fights without defeat, including 21 successive stoppages. To put that into context, his knock-out percentage is now better than Mike Tyson’s after the same amount of bouts.

In his eight rounds stoppage of Lemieux, Golovokin threw a massive total of 359 jabs, 170 of which connected, roughly 21 scoring jabs a round which, as Compubox stats revealed, was astonishingly four times the middleweight average.

This was Golovkin’s first pay-per-view appearance and for years HBO’s backing promoter Tom Loeffler has attempted to get the sport’s biggest names to share the ring with a warrior who collects belts like Imelda Marcos used to hoard shoes.150,000 bought the fight and Loeffler will be looking to build on that. 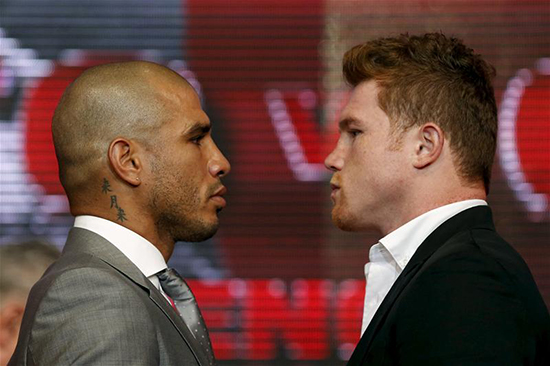 Golovkin is the mandatory challenger for the full WBC belt so the winner of the Miguel Cotto-Saul ‘Canelo’ Alvarez in Las Vegas in November 21 fight will have only 15 days to agree to a Golovkin bout or be stripped of a title that will go to Golovkin. Mexican Alvarez, characteristically, declares himself willing to face Golovkin but Puerto Rico’s Cotto seems to be prevaricating by insisting that Golvokin drops down to a catch-weight of around 156lbs, even though the official 160lbs middleweight title would be at stake.

Understandably Golovkin, now the holder of the IBF, IBO, WBA Super and WBC interim titles, is unlikely to agree so if Cotto wins and the WBC strip him for failing to comply with the regulations, GGG can further unify the division without throwing another punch.

There has been some chat about Andy Lee meeting Golovkin next year but this is highly premature as the Irishman first has to defend his WBO title against Billy Joe Saunders in Manchester on December 19 – a fight I believe Saunders will win.

Whether he would relish taking on Golovkin would be up to him of course, but he is aware just how tough an ask it would be so he’d need to be paid a hell of a stash of money!

At this moment Golovkin seems to be running out of foes, so perhaps they should update the old line first used when the great Cuban heavyweight Teofilo Stevenson was knocking them all over in the Olympics where some boxers competing in eliminating bouts seemed so reluctant to win they appeared not to be trying. “The winner meets Golovkin – and the loser meets him twice!”

And by the way, the official crowd of 20,548 at the Garden in New York for a contest between a Kazakh and a Canadian surely is testimony to the fact boxing is as alive and punching now as it was when Ali and Frazier first fought there before a similarly capacity audience in 1971

Another starry night in Manchester

We also anticipate a full house for another lip-smacking world middleweight title fight at the Manchester Arena on December 19 when Lee and Saunders finally meet for Lee’s WBO belt, especially as there will be two other world championships contested on the same pre-Christmas cracker of a bill.

Manchester’s new hero Terry Flanagan will make the second defence of his WBO lightweight title and Merseysider Liam Smith flexes his muscles as the freshly-anointed WBO super-welterweight champ against a challenger to be announced shortly.

I know both Lee and Saunders have great mutual respect foreach other for what is the first fight between two Travellers for a legitimate world title.

There may be no bad-mouthing or ill-feeling between them but much Romany honour is at stake so this will be a real war.

And Turbo Terry and Beefy Smith have a lot to live up to after their respective breathtaking demolitions of top Americans Diego Magdaleno and John Thompson.

Our Northern lights truly sparkled over Manchester last time out and we can be sure of another starry night.

A cover-up by Boxing News

There are times when Twitter can be better interpreted as Twatter. One such example came this week when Danny Flexen, billed as the Publishing Manager of Boxing News, posted a response following our criticism of the poor advance coverage given to the Manchester world title double-header thus:”lol we are a business. Surely the small turnout to some extent vindicates the cover decision.”

First of all, he wasn’t even there and I can assure him were more watching in Manchester than there were watching both Lee Selby or James DeGale in their recent world title fights in the US.

And I’d wager there were also more than at Matchroom’s Eggington-Evans British title fight Birmingham last weekend and probably more than will be watching Chris Eubank jnr in Sheffield this Saturday night now that Kell Brook has pulled out of his world title defence.

I always thought that for a fight trade magazine it was more about the fans and boxing than mere business. It was a fatuous comment and you would have expected better from Flexen.

Bearing in mind we had lost our main event it was a pretty decent crowd and Flexen’s comment once again underlines just how out touch Boxing News are with fighters and fans these days.

Their pre-fight coverage, devoting their cover to promoting a pay-per-view feature inside, was disrespectful to two British fighters who not only fought for world titles, but both won.

One young British boxer – who was not on our bill – even tweeted his own annoyance in no uncertain terms, labelling Boxing News ‘a disgrace’.

Curiously, in their subsequent report, the mag gave the atmosphere in the Arena four stars out of five. So it couldn’t’t have been that bad, eh Danny boy? 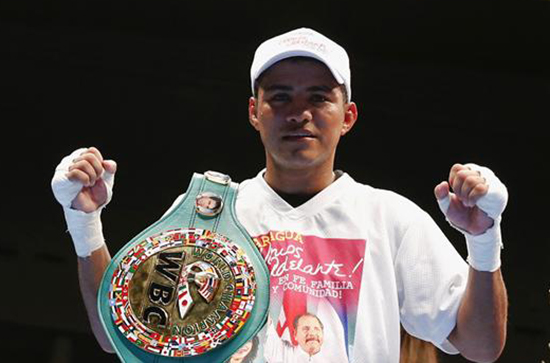 He extended his perfect record to 44 wins (37 by ko), stopping former two-time champion Brian Viloria in the ninth round. Should Mayweather keeps his vow never to fight again, fly-swatting Gonzalez could become the first to actually break that 49 fights undefeated streak of Rocky Marciano.

And there’s so much more to thrill the fans on BoxNation this year, with major international and world title scraps to be exclusively screened live virtually every weekend leading up to Christmas,  including, of course Cotto v Alvarez. Can’t wait for that that one.

Like Golovkin and Lemieux, both are terrific punchers, with formidable ko ratios, so stand by your sets for more fistic fireworks!

After correcting Sky Sports Boxing’s Adam Smith a couple of weeks ago for his comments about the “biggest ever Autumn of boxing” on the channel, it’s now the turn of Barry Hearn.

Buzzin’ Bazza boldly proclaimed in his column last week:“In my 30 years as a promoter I have never known four world title fights involving British boxers all in one month.”

Those 30 years have certainly affected his memory as I can think of many occasions when there have been more than four Brits fighting for world titles in a month.

Two that spring to mind are: 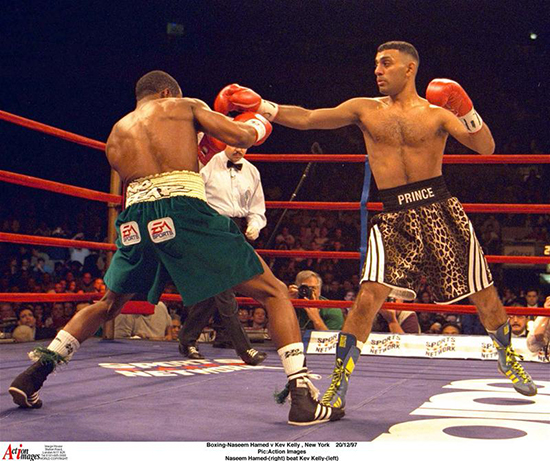 Perhaps he’s confusing the lowly four shows he promoted throughout the whole of 2006.

At the Manchester Arena on Saturday 19th December, we have three world title fights on the line with Andy Lee v Billy Joe Saunders for the WBO World Middleweight, plus WBO World Lightweight Champion Terry Flanagan and new WBO World Super-Welterweight king Liam Smith defending theirbelts on one big night.  Plus I’ll shortly be announcing some big exciting news of another world title fight in December involving a Brit.

Watch Crawford v Jean from 1am on Sunday morning exclusively live on BoxNation.  Go to www.boxnation.com to subscribe