Boxing’s new hit men are two of a kind 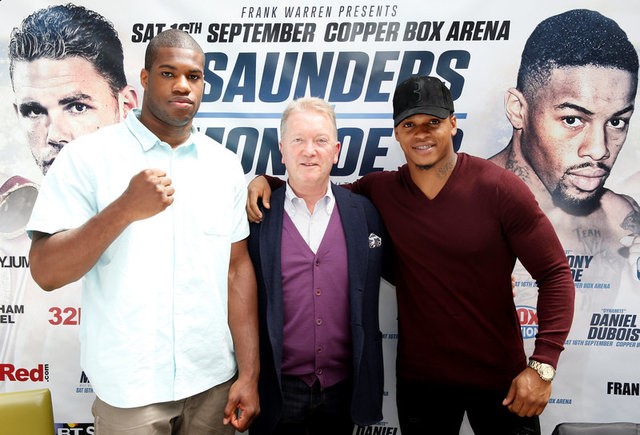 Light-heavyweight Anthony Yarde and heavyweight Daniel Dubois, currently the biggest hitters in British boxing, are set to become even bigger hits themselves.

I predict that within a couple of years the thunder-punching pair will be well on the way to becoming as popular and successful, as their fight-a-likes, John Conteh and Frank Bruno, in their respective weight divisions.

What I like about them is that they are two of a kind – personable, clean-cut clouters who can box as well as bang.

Both will be starring on the Copper Box undercard of the Billy Joe Saunders-Willie Monroe WBO world middleweight title fight on September 16, and you can be sure it will be an explosive night.

In my view they are the two most exciting prospects around at the moment.

Both have already acquired titles – Yarde, 25, is now the WBO European champion and world-ranked after 12 contests while, after just four bouts lasting a total of six rounds, Dubois has acquired a world youth title and is up for the Southern Area belt on the Copper Box show.

The problem, as promoter Frank Warren admits, is that they are so heavy-handed that, as with some others in the burgeoning Queensberry stable, prospective opposition is already running scared, notably from the vicinity of the Matchroom encampment.

For instance, a healthy six-figure sum was offered to Frank Buglioni to defend his British title against Yarde but the ‘Wise Guy’, in his infinite wisdom, cocked the proverbial deaf ‘un.

No matter, Yarde, like Dubois, has the power to knock over anyone who is put in front of him and that’s meat and drink to the paying punter.

M&M – trick or treat?
The manufactured nastiness that dominated the expletive-littered M&M road show received opprobrium on both sides of the Atlantic. 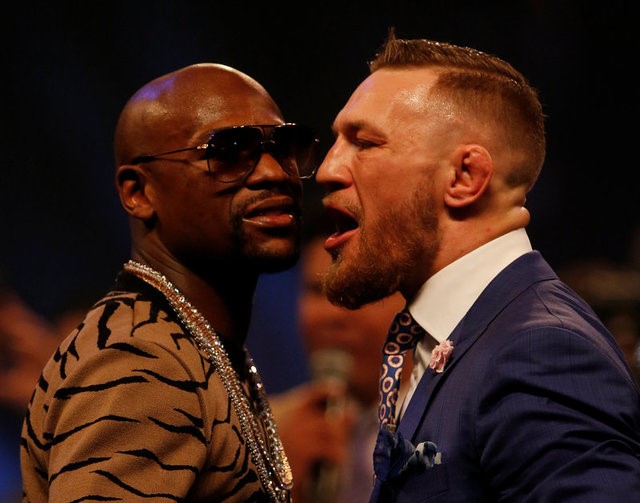 The Sun’s Colin Hart called it a ‘stomach-churning abomination’ while a top American boxing writer, award-winning Kevin Iole, said: ”It was profane, disgusting and appealed to the lowest common denominator.”
And as Matt Christie, editor of Boxing News, pertinently declared: ”I just can’t see how this lawless four-day bender of arrogance and insults that invited accusations of sexism, homophobia and racism- was anything other than a bad taste of things to come.”

Well said, though one doubts it will affect tickets sales, more’s the pity.

While I doubt genuine fans will be fooled by this nonsense, lay punters like the beer-swilling mob at Wembley who screamed F*** Floyd Mayweather at Conor McGregor’s behest will love every minute of this farce of a fight. If it lasts that long.

When former five-weight boxing world champion Mayweather and UFC lightweight title-holder McGregor step into the ring at the T-Mobile Arena in Las Vegas on 26 August, some 20,000 will pack the arena.
The unseemly scrap for tickets during last week’s release in the US was indicative of the interest it has generated. But will anyone really be willing to shell out $150,000 (£115,000) to be there? Some may, as it is an Event, not a boxing match.

Ticket resale website StubHub has tickets on sale at that price, with several others at a comparatively cheap $100,000 (£75,000)

It is estimated the combination of pay-per-view revenue, ticket sales, sponsorship, merchandise sales and receipts from cinema ticket or closed circuit television venues will generate $600m.
So the only four-letter word which really matters is CASH.
Charlotte still on board

I am indebted to Board of Control general secretary Robert Smith for pointing out that Charlotte Leslie, the MP who admirably chaired the All Party Parliamentary Boxing Group but lost her Bristol seat in the ill-conceived general election, remains an Honorary Steward of the Board.

That’s good news. Even better if, when there’s vacancy, she is first up from the bench to be elevated to the role of Administrative Steward, alongside Baroness Golding, to further fight the corner for women’s boxing.

Also indebted to BoxNation fight fan Gerard Sheridan who, in answer to my question raised here about why now out-of fashion cauliflower ears were known in the fight game as ‘tickets’, suggests it is a relic of the days when boxers were admitted free to certain shows.

However, it was a cauliflower ear that traditionally identified them as boxers. Thus it was their ‘ticket’ for free entry.
Plausible. But more likely it was called a ticket because it had been punched!