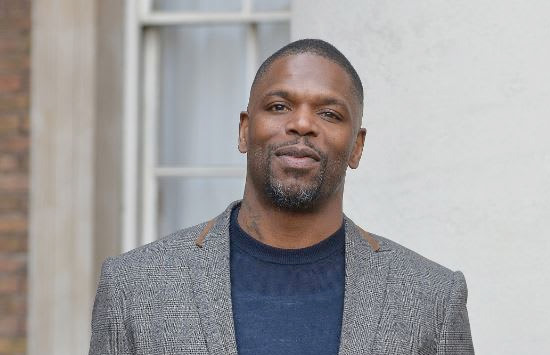 The horrific fatal stabbing of a 51-year-old passenger on a suburban train over the weekend, witnessed by his teenage son, which has so shocked Britain, brought nightmarish memories for former boxing champion Mark Prince.

For it was 13 years ago when his 15 year-old son Kiyan, a brilliant footballer with QPR’s academy and earmarked for stardom, was similarly brutally murdered, also by a stabbing.

Since then Prince, who fought for the world light-heavyweight title 20 years ago, has been waging a personal war against the lethal epidemic of knife crime on London’s streets – the cause of more than 130 fatalities last year which, it is claimed, makes the UK capital a more dangerous place than New York.

Some fear it may also deter other nations from coming to London for major sports events.

Nobody knows more than Mark the devastating effect on families when youngsters with everything to live for, are stabbed to death and his OBE in the New Year Honours is long overdue.

All too frequently such gongs are handed out willy-nilly at this time of the year to many whose worthiness is at best dubious but in Prince’s case no honour to a sports personality has been more richly earned or deserved.

He admitted when he opened the letter informing him of his OBE in recognition of his outstanding work in the community, he broke down and cried. But this time he shed tears of joy, not grief and despair.

The 49-year-old son of Caribbean immigrants told The Sun: “I’ve been committed to impacting young peoples’ lives and showing them a better way.

“To get an OBE shows teenagers from our community can do great things and be recognised for what we are trying to do for others. It enables me to give hope.”

His life was to change dramatically on the afternoon of Thursday 18 May 2006.

His son died when, standing outside the gates of his north London school. He had gone to the assistance of a boy who was being bullied.

For his good deed acting as peacemaker Kiyan had a blade plunged through his heart and passed away on the operating table at the Royal London Hospital, as surgeons fought in vain to save him.

His attacker, a 16-year- old Somalian, was subsequently sentenced to life imprisonment at the Old Bailey.

While Prince got the justice he hungered for it left him a deeply wounded with a broken heart.

He said “The day Kiyan died I felt like I had died. I was consumed with anger. I really wanted to kill the guy who killed my son.

“But I vowed that with everything I had I was going to do something good and would do everything I can to help young people turn their backs on violence .

“I don’t want to hate because that’s what killed Kiyan. This world cannot afford to lose young people like Kiyan to knife crime.”

After burying Kiyan, he embarked on his mission to save young lives and he setup the Prince Kiyan Foundation.

The distraught Prince was instrumental, along with the then mayor of London, Ken Livingstone, in lobbying for knife crime to be introduced into the Violent Crime Reduction Act. He also set up a charitable foundation in memory of his son with the aim of campaigning in schools, prisons and the community, as well as counselling bereaved families similar to his.

And as a catharsis to help alleviate his grief he decided to write a book which not only gave him the opportunity to shed his emotions but was also a moving as a tribute to Kiyan. The Prince of Peace, was published last April.

In it Prince wrote of the trauma he experienced in trying to come terms with Kiyan being killed on the threshold of potentially a brilliant career.

As a fighter in the ring he was in the top echelon of light-heavyweights, losing only one of his 24 contests, with 18 ko’s.

Tottenham’s Mark, who now has an honorary doctorate, has known he seedy side if life himself. Homeless at 15, drugs and alcohol became an intricate part of his existence. By 21 he was the father of two children, and admits he was on the road to imprisonment because of his misdemeanors. But like so many success stories in the fight game his life was saved by walking into a gym and punching a bag.

After a short and successful amateur career he turned professional with Hall of Fame promoter, Frank Warren in 1993. By 1997 he had become the number one light-heavyweight in Britain, winning the IBF and WBO Inter-Continental titles and was leading contender in the WBO rankings in 1998.

This earned him a shot at the world title and his brought his only defeat, to the Pole Dariusz Michalczewski in Germany.

He was forced to retire in his prime with a serious knee injury in 1999 but an astonishing 14 years later he made a comeback as a cruiserweight, nine days short of his 45th birthday to raise the profile of the Foundation and provide much needed funds.

Most old fighters come back because they are broke, bored or miss the limelight. Mark Prince had a far more compelling reason.

After four winning fights he hung up his gloves for good saying “I decided it was time to concentrate on the real battle that lay outside the ring.”

Prince then devoted his life to tirelessly visit schools, colleges and prisons mentoring dozens of youths, giving them a sense of purpose and direction in life and also counselling families similarly bereaved as his own.

Our honours system has often been rightly maligned but it is heartening when someone like Mark Prince gets the call to go to Buckingham Palace.

Old habits die hard, and the ex-champ has never stopped punching his weight. He remains driven by the desire to keep alive the memory of his son and highlight the horror of what happened to him, and others – and regrettably, as we have witnessed these past few days, is still happening.

For more information about the Kiyan Prince Foundation visit: www.kiyan.org