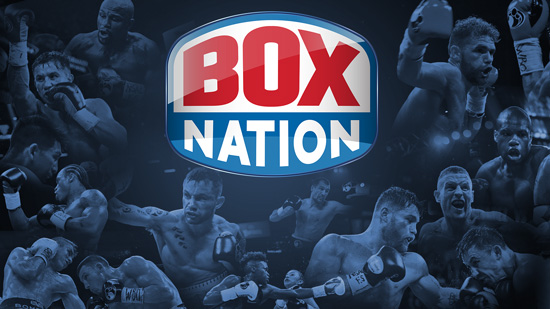 SIX YEARS ON and BoxNation is still going strong, having moved from strength to strength since its creation and, at the same time, confounding the sceptics in the business who predicted an early stoppage.

The most recent landmark was reached over the weekend and it makes for a timely juncture to pay tribute to those involved in the continuing development of the Channel of Champions, in particular our great friend Bill Ives, who sadly passed away at the end of August.

Bill was a fantastic partner and was hugely instrumental in making the channel what it is today with his time and investment.

We have a strong team, which Bill was a big part of, and the fact BoxNation is on such a strong footing is Bill’s legacy.

Other people have played a big part behind the scenes, my son George – who is doing a fantastic job as CEO – and the rest of the team I cannot speak highly enough of.

Looking back now to when we got started, to be quite honest I don’t know what I envisaged at the time because we just wanted to put on boxing. To my mind it has been great for the game in this country and for boxing fans, with BoxNation having delivered some of the best fights from Britain and around the world.

The biggest fight of this year was on BoxNation and I believe the channel has carried out a fabulous service to the industry and, more importantly, to the fans.

None of this would be possible without the loyalty and commitment of boxing fans. It is the fans that make it all happen by subscribing and it is them that make it the success story that it is.

At no point in launching and sustaining a specialist channel can you afford to rest on your laurels because you constantly have to replenish and renew.

You can have a bumper schedule that everyone is excited about but, once the fight nights are chalked off, people rightly want more of the same.

So it is not about what you did yesterday, it is all about today and the future. We are continually working, continually evolving and we have lots of exciting things happening or in the pipeline.

Successfully delivering the Golovkin-Canelo blockbuster to a Box Office audience and BoxNation subscribers was something of a milestone for us because the fact we won the broadcast rights over Sky told you all you need to know about our position in the game.

We are not an irritant anymore, we are a big player when it comes to getting the biggest fights now.

It has taken us a little bit longer than we anticipated but, we are pretty determined bunch, so what we set out to do has come to fruition.

It has always been about building and a number of world champions won their titles on the channel – such as Carl Frampton, Paul Butler, Terry Flanagan, Liam Smith, Billy Joe Saunders – and we did that as a fairly small fish in a very big pond.

Now, especially since the advent of our flourishing partnership with BT Sport, we are on an equal footing with everybody.

THE NEXT LIVE offering on Boxnation comes this Friday night from Edinburgh with the vacant British heavyweight title on the line.

Gary Cornish and Sam Sexton are fighting for the coveted belt, but two young men from our own stable will be watching on in interest with their eyes firmly on the said prize. 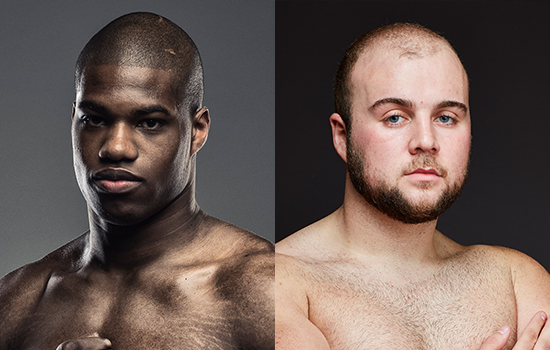 It won’t be long before Nathan Gorman and Daniel Dubois are knocking at the British title door, with Nathan probably first in the queue should he claim the English title belt against the also unbeaten Nick Webb in Newcastle on November 11.

The heavyweight scene in this country is lively at all levels and there should be some intriguing fights in the offing.