LONDON (24 August) – Boxing superstar and the best pound-for-pound fighter on the planet Floyd ‘Money’ Mayweather will end his iconic career live and exclusive on the world’s number one boxing channel BoxNation when he takes on Haitian hard-hitter Andre Berto on September 12.

The unbeaten Mayweather will hang up his gloves following the Berto clash after an illustrious 19-year career which has seen him capture world titles in five different weight divisions and be regarded as one of the very best in boxing history. 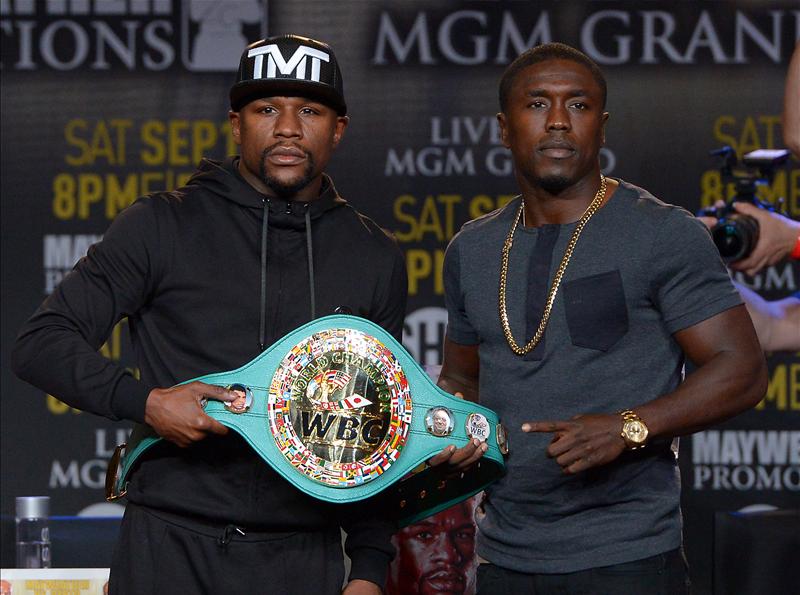 BoxNation subscribers will now get the chance to see if Mayweather can end his career on a high when he puts his WBC and WBA welterweight world titles on the line against two-time world champion Berto at the MGM Grand in Las Vegas.

The 31-year-old Berto has proven that he always comes to fight and against Mayweather, who is currently 48-0, he will be out to hand him his only loss as a retirement present.

The end of an era looms for Mayweather, whose prowess ranks alongside other rare sporting talents such as Michael Jordan, Diego Maradona and Muhammad Ali.

‘The Channel of Champions’ – BoxNation – will be the only place for British fans to watch the conclusion of this great chapter in sport, with Mayweather looking to match Rocky Marciano’s 49 fight undefeated record, whilst dazzling in his last outing.

“I’m ready to get back in the ring on September 12 and prove again to the whole world why I’m ‘The Best Ever’,” said Mayweather. “I always bring my A-game and this fight against Andre Berto is no exception. He’s a young, strong fighter who is hungry to take down the best. Forty-eight have tried before and on September 12, I’m going to make it 49.”

Berto, however, is ready to crash the party and upset the 38-year-old veteran.

“I’m coming to kick Floyd’s ass on September 12,” said Berto. “Best believe that I plan to bring it to Floyd and I’m not concerned about what 48 other fighters have been unable to do. Somebody is getting knocked out and it won’t be me. You don’t want to miss this.” 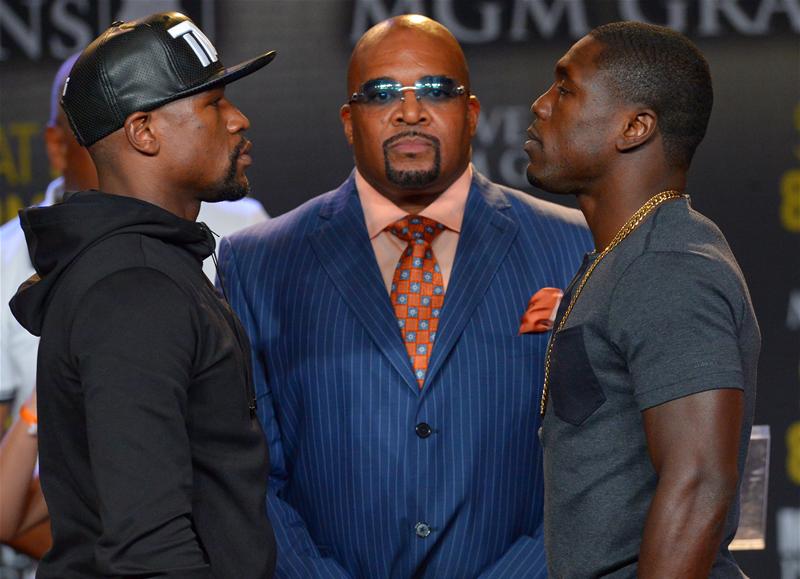 In the run up to the fight BoxNation will also air behind the scenes show ‘All Access’ providing a rare insight into both camps as they prepare for their date with destiny.

It could prove third time lucky for Londoner Groves who is looking to win his first world title following two memorable matchups with rival Carl Froch.

The Hammersmith hero has it all to play for against Jack who captured the WBC belt from Anthony Dirrell in a closely fought contest in which he emerged with a 12-round majority decision.

27-year-old Groves though is ready to snatch it from him and fulfil a lifelong ambition by claiming the world title on September 12.

“I have been fortunate enough to experience some of the greatest feelings the sport can give,” said Groves. “I have challenged for world titles and I have sold out stadiums, but my true childhood dream of winning a world title is yet to be fulfilled. I get that chance on the Las Vegas Strip – the crème de la crème for any fighter on the planet. I cannot wait to achieve my goal and become world champion. Badou Jack isn’t ‘Bad’ enough to halt my dream. His WBC belt is all that is on my mind each and every waking moment. We have studied Jack – we are prepared for his strengths and ready to expose his weaknesses.”

In addition, the ever-exciting Roman Martinez will put his WBO Super-Featherweight title on the line against Orlando Salido, with Mexican power-puncher Jhonny Gonzalez taking on Puerto Rico’s  Jonathan Oquendo.

The addition of Floyd Mayweather vs. Andre Berto adds another great card to a stunning BoxNation calendar which sees a number of top bills taking place live and exclusive on the channel.