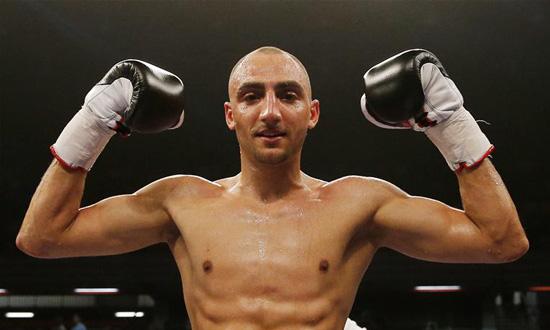 Nordoff Robbins is dedicated to transforming the lives of vulnerable children and adults.  The national charity works with people with a range of challenges such as autism, dementia, depression and physical and learning disabilities through the power of music.

Skeete, from Penge, London, will make the third defence of his WBO European crown against Williams as he continues on his march towards a second shot at a British title.  He’s won his last three fights with back-to-back stoppages since his close and controversial loss to Frankie Gavin last year and is aiming for a British title chance next year.

He faces a tough challenge against Williams, known as the ‘Wallasey Express’, who has won the English title at super-lightweight and claimed the undefeated records of Kirk Goodings and Karl Place, but is now intent on making his at 147lbs.

Skeete said, “Williams is a good strong fighter, but it’s the end of the line for him in London on Monday night,”

“I know he’ll bring his A-game to the fight, he’ll be looking to upset me at home, but I’ll have too much for him in every department,”

“I can’t afford any slip ups here so it’s crucial that I get the win, I’m on track for a second British title shot and Williams isn’t going to derail me,”

“It’s going to be a strong and dominant performance from me on the night and end my year on a high before focussing on 2016,”

“Importantly, the evening is also about Nordoff Robbins and raising as much money as possible for the charity so I’m delighted to give them my full support.”