BRADLEY SKEETE: “MY ROUTE TO THE WBO TITLE JUST GOT A WHOLE LOT EASIER!” 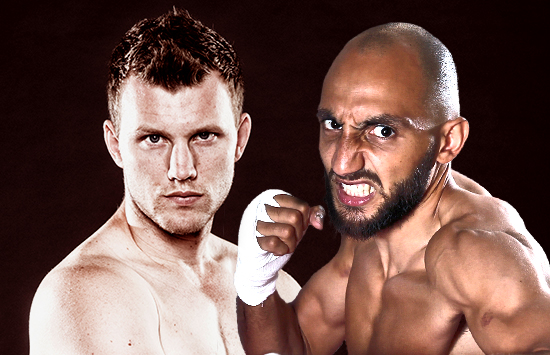 Jeff Horn’s giantkilling act to annex the WBO welter crown from Manny Pacquiao in Brisbane earlier this month provided Bradley Skeete with a timely boost ahead of his British title defence against Dale Evans.

Already listed third in the sanctioning body’s rankings, ‘Super’ Skeete is confident a world challenge is imminent after he saw off Evans at the Copper Box Arena and here he explains to Glynn Evans why the unbeaten Aussie should expect his reign on the throne to be a short one.

I predicted Manny’s demise in an interview beforehand – stating I believed I could beat him, at this stage – and I received a huge amount of stick for it. Now the detractors can all shut their mouths. Pacquiao was a true legend and Horn’s upset win means my route to the WBO title just got a whole lot easier!

This should open the door for me. Even if there’s a rematch clause, I’m not sure it’ll happen anytime soon. Manny suffered bad cuts and does he really need this? He’s got all his religious and political stuff to pre-occupy him. Clearly he’s in decline. He shouldn’t be losing to your Jeff Horns. A couple of years ago, Jeff Horn couldn’t have laced Manny’s boots.

Considering that Horn was an Olympic quarter-finalist (London 2012), he’s not the best technically- he always seems to be rushing his work – but sometimes you don’t need to be. He looked game as they come, physically strong and tough. He endured a terrible round nine, yet stormed back, a new man, in round ten. That showed he can bite on the gum shield and ‘have it’.

Physically, it’d be very gruelling. I’d need to use my feet a lot, keep him off balance. I’d use that gameness against him. He marches in square on, flat footed begging to be picked off.

His style is tailor-made for mine. Pacquiao caught him plenty and I’ve got major physical advantages – height and reach – that Manny didn’t enjoy. However, facing Horn the attribute you most need is a head guard. He’s very careless with his suede!

Horn’s become such big thing in Australia now that it might be difficult to drag him away. He’s never fought outside Oceania as a pro but that’s okay. It’d be a dream come true if Frank (Warren) could entice him to the UK but, as champion, Jeff has the right to expect his challengers to travel. Besides, it looked a wicked stadium. I’d go over early, give myself plenty of time to acclimatize, catch some rays.

I don’t imagine it’d be overly hostile. Jeff seems a nice guy. Obviously, as a qualified teacher, he’s got more brains than me! He worked his way up and took his shot. Respect.

But I’ve got good form against the Aussies. Twice I boxed for Young England against Young Australia and won ‘em both on points!

The plan would be to crack him with long shots; my stiff jab and a spiteful right hand. He’d not get past the jab and I’d gradually bust him up. He’s been down a few times recently and has a history for cutting up. It’d be a routine night at the office for me!”